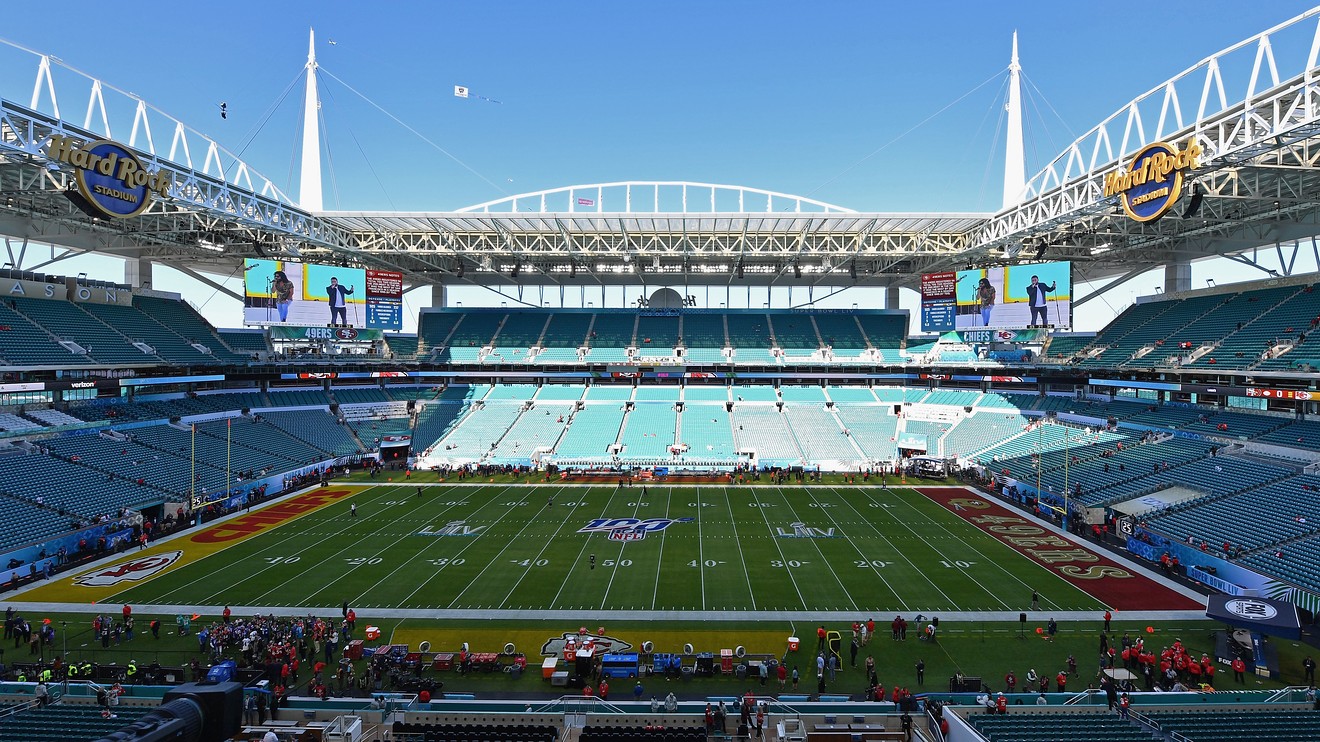 On Sunday, Americans gathered with friends and family to watch Super Bowl LIV. Our professional sports leagues attract millions of viewers and generate billions of dollars in revenue.

The U.S. has four major sports — football, baseball, basketball and hockey — while many other nations can support only one. When we speak about our professional sports, we are citing an example in American exceptionalism.

But as we celebrated the athletes and teams Sunday, many Americans likely overlooked something else on display: Our professional sports have a history of taking radical steps — far beyond anything done abroad — to ensure equitability.

If you’re a sports fan in the U.S., you understand these uniquely American concepts well. The draft. The luxury cap. The salary cap. Player-for-player trades.

Those are mechanisms to ensure that the richest teams don’t get richer. That’s because inherent to sports is the idea of a level playing field. We understand that without fairness, the leagues — these businesses — would succumb to corruption or unbalanced opportunity.

Americans are marching toward a consequential election in November, and the first critical vote for the next president took place in Iowa on Monday.

Along the campaign trail, many candidates have raised the issues of wealth inequality. Senators Bernie Sanders and Elizabeth Warren are pushing for a wealth tax on millionaires and billionaires to balance the scales and support America’s lower and middle classes. Their approach has been labeled socialist, but, interestingly, we see similar ideas in place across U.S. professional sports.

Major League Baseball, for example, has a luxury tax, or what is called a Competitive Balance Tax. For every dollar spent above a certain threshold, the richest MLB teams are taxed at a higher rate. Revenue generated from the tax is doled out to the other teams to make the league more competitive, keeping the teams more balanced. The small-market Oakland A’s, for instance, reached the playoffs yet again in 2019 despite generating the lowest revenue in baseball.

During the 2020 baseball season, the Boston Red Sox may exceed the tax threshold for the third consecutive year. If the team spends more than $208 million this spring, it will incur a 50% tax for every dollar over that limit — an incredible price to pay in the name of fairness.

Or consider the NBA and NFL drafts, where the team with the worst standing gets to pick the best player every year. The program has been instrumental to the success of these leagues.

Entering the 1984-85 season, the Chicago Bulls of the NBA failed to reach the playoffs in three consecutive years. Then they drafted Michael Jordan third overall and, well, the rest is history. That single pick changed the franchise’s fortunes overnight. And that wasn’t a fluke. A similar tale could be told of the Houston Rockets, which drafted future NBA hall of famer Hakeem Olajuwon as the No. 1 pick in the same draft. Olajuwon would take his team to the 1986 Finals in only his second season.

A season ago, the San Francisco 49ers finished 4-12. A year later, they made it to the Super Bowl behind their great defense. They were led by pass rusher and defensive rookie of the year Nick Bosa — drafted No. 2 overall in 2019.

In “redistributing the wealth” via draft and salary rules, pro sports leagues in the U.S. have enabled small- and big-market clubs to compete more fairly with one another, making the leagues more successful overall. Balanced competition has led to more interest. More interest has led to greater revenue, particularly through media rights. It’s why the NFL is so proud of the Bert Bell adage: “On any given Sunday, any team can beat any other team.” The midcentury NFL commissioner was wise enough to know that a level playing field was good for business.

A timely analogy is the U.S. economy. If wealth were distributed more fairly across the U.S., smaller cities might compete better with the likes of New York. That could yield a stronger workforce and drive a greater national economy.

But we face an uphill battle for wealth equality in this country.

WEALTH INEQUALITY: The richest 1% controls more wealth now than at any time in more than 50 years. But what does wealth inequality really look like?@TonyDokoupil turned America’s economic pie into a real one and asked people a simple question: Who gets what? pic.twitter.com/scGPKcHbie

In contrast, we don’t take a similar approach to sports. The New York Yankees and Los Angeles Dodgers, the two teams with the highest revenue figures in baseball in 2018, are not allowed to spend at will.

Ironically, while Europe is where democratic socialism has taken hold in countries including Germany and the Netherlands, sports programs are winner-take-all capitalistic. There is, for example, no concept of a salary cap in those pro-sports markets. So the richest soccer clubs get to buy the best players each year.

The result: You tend to see the same few teams winning trophies in the top five leagues in Europe. In Spain, you always hear about Real Madrid and FC Barcelona — currently No. 1 and No. 2 in the La Liga table. In Italy, you hear about Juventus (No. 1) and either AC Milan (No. 2) or Inter Milan (No. 8). In Germany, it’s regularly a contest between Bayern Munich (No. 1) and Borussia Dortmund (No. 3). England, at least, has five teams consistently in the top half of the Premier League table: Liverpool (No. 1), Manchester City (No. 2), Chelsea (No. 4), Manchester United (No. 6) and Arsenal (No. 12). In France, it’s all about Paris Saint-Germain (No. 1).

The closest thing in U.S. sports to a similar situation is college football, where the top-ranked schools are able to lure the best high-school prospects each year.

Sports is ingrained in the American psyche, perhaps in part because it reinforces that all-American value: Work hard, and you’ll be rewarded. As famed Green Bay Packers coach Vince Lombardi put it: “The price of success is hard work, dedication to the job at hand, and the determination that whether we win or lose, we have applied the best of ourselves to the task at hand.”

This election cycle, as we hear arguments on wealth inequality from presidential candidates, it’s worth considering that, in enjoying Super Bowl Sunday, we indirectly may have celebrated a form of democratic socialism. If our professional sports leagues are any indication, “socialist” policies may be just as American as apple pie.

Brian Aguilar is the head of product at MarketWatch.