Home
Stocks
The Tell: ESG stocks aren’t in a bubble, for now
Prev Article Next Article
This post was originally published on this site

In a week in which BlackRock swore off coal stocks, attention is growing on companies that meet so-called environmental, social and governance criteria.

Investing in these stocks is so trendy that U.S. flows into such funds nearly quadrupled last year. 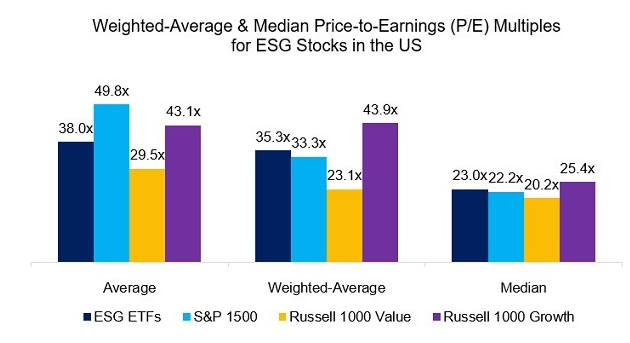 Related: Microsoft aims to be ‘carbon negative’ by 2030

He found that ESG ETFs, when looking at weighted-average and median price-to-equity ratios, are just slightly more expensive than the U.S. market.

This shouldn’t be a surprise since they tend to be overweight pricier technology and consumer discretionary stocks. They are cheaper than growth stocks overall.

While they’re not pricy, ESG ETFs do not seem to do a good job of screening out companies engaging in bad behavior before they get caught, he said.

After aggregating ESG ETFs into an equal-weighted index, they underperform the S&P 1500 since 2005. This indicates that ESG scores, similar to credit ratings, are unlikely to have predictive power for identifying corporate behavior that will lead to relative underperformance, he said.