Home
Stocks
The Tell: Here’s the real reason Warren Buffett is sitting on a record $128 billion in cash, according to one strategist
Prev Article Next Article
This post was originally published on this site

Warren Buffett, ever the beacon of market optimism, appears to be positively bullish about where stocks are headed from here.

The Berkshire Hathaway BRK.A, +2.57% boss made that clear in his annual letter to shareholders in which he wrote of the “American Tailwind” and made the case for staying invested in stocks.

“If something close to current rates should prevail over the coming decades and if corporate tax rates also remain near the low level businesses now enjoy, it is almost certain that equities will over time perform far better than long-term, fixed-rate debt instruments,” Buffett said in the letter.

But this chart of Buffett’s record cash pile, courtesy of RIA Advisors strategist Lance Roberts, seems to tell a different story — one in which what Buffett is saying looks a whole lot different from what Buffett is actually doing: 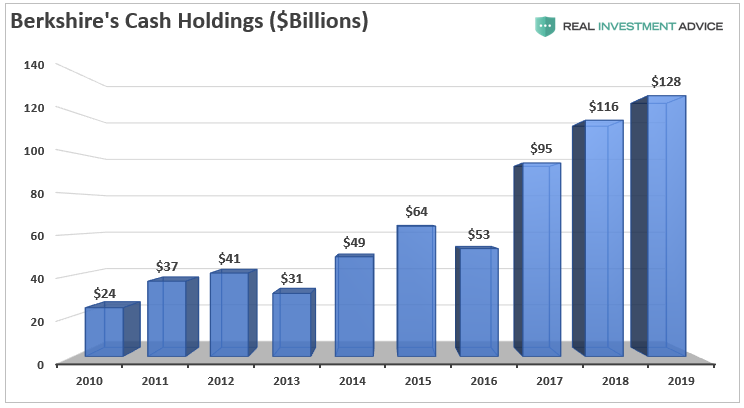 “As the old saying goes: ‘Follow the money,’” Roberts wrote in a post on his Real Investment Advice blog. “If he thinks stocks will outperform bonds why is holding $128 billion in short-term bonds?”

While the obvious take is that Buffett is just waiting for a good deal to come along so he can snap it up, another is that he’s not as optimistic as he lets on. Maybe, as Roberts suggests, the answer actually lies in a pair of charts.

This one takes a look at the Shiller price-to-earnings ratio, which is currently around 30x, to project 10-year total returns using history as a guide: 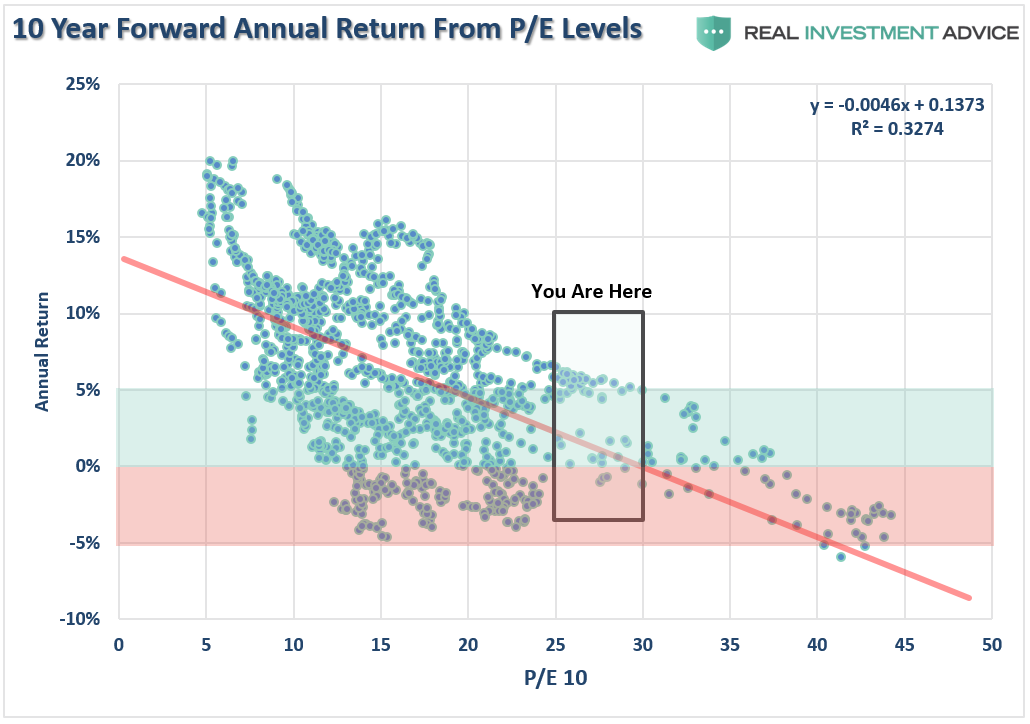 As you can see, a lot of red ink has spilled in the years following valuations like the one we’re currently seeing in the stock market.

Here’s another way to look at it, using the “Buffett Indicator”: 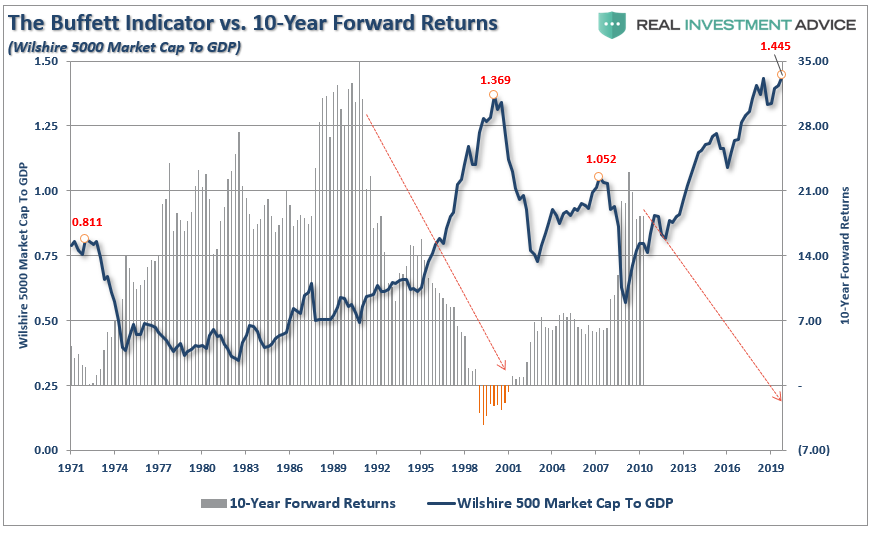 Roberts says investors might want to exercise some caution before they follow Buffett’s “do as I say, not as I do” advice and buy and hold index funds.

“Buffett did not amass his fortune by following the herd but by leading it,” Roberts wrote. “He is sitting on a $128 billion in cash for a reason. Buffett is fully aware of the gains he has forgone, yet still continues his ways. Buffet is not dumb!”