Home
Stocks
The Tell: Investors are ‘too complacent’ about the possibility of a pandemic, BCA Research says
Prev Article Next Article
This post was originally published on this site 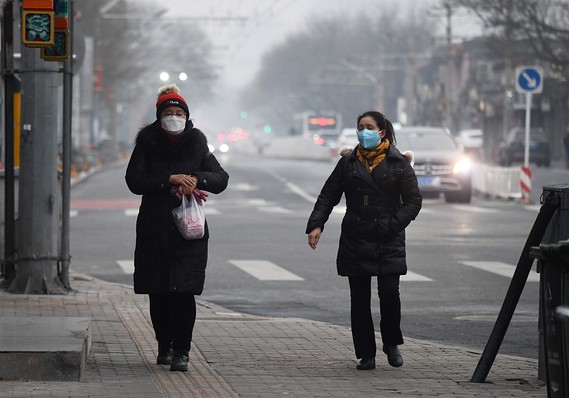 Women wear facemasks to protect against the COVID-19 coronavirus as they walk in Beijing.

How should investors think about the coronavirus? The risks from a pandemic likely haven’t been priced into markets, strategists at BCA Research wrote in a client note Friday.

On Monday morning, with the Dow Jones Industrial Average DJIA, -2.99%   down more than 800 points and the S&P 500 SPX, -2.85%   off 2.9%. it certainly looked like investors were being forced to reassess the threat from the spread of COVID-19. Market participants reacted to an increase in cases outside of China, sparking a selloff in global equities and other assets perceived as risky and a jump into traditional havens, including gold and Treasurys.

“Even if the outbreak recedes, global growth is still set to fall to zero in the first quarter,” wrote the BCA team, led by chief global strategist Peter Berezin. “Thus, a near-term hit to corporate earnings now looks unavoidable.”

The World Health Organization on Monday said that the viral outbreak isn’t a pandemic, or the worldwide spread of a new disease. Instead, health officials are dealing with epidemics in different parts of the world. The WHO said there are now 79,339 cases of COVID-19 in 30 countries with a death toll of 2,619.

The analysts weighed the ramifications of an intensification of the outbreak.

Many analysts have compared the COVID-19 epidemic to the outbreak of SARS in 2003, Berezin noted, but “a more relevant comparison could be the H1N1 (swine flu) outbreak of 2009-2010.” Some 61 million Americans caught H1N1, and 12,000 Americans died. It’s less certain how many people died world-wide; he cites an academic paper published in the Lancet as estimating anywhere from 151,700-575,400.

Scientists have said there is no reliable estimate of the mortality rate for COVID-19. A paper published by the Journal of the American Medical Association on Feb. 13 said that based on available data, the case fatality rate appeared to be lower than that associated with other novel coronaviruses (SARS and Middle East respiratory syndrome, or MERS, at “likely no more than 2%.”

The BCA analysts said the mortality rate inside and outside of China is likely to be significantly different.

“Such a pandemic would rattle the global economy, leading to a recession as deep as the one in 2008/09,” Berezin wrote. “Demand for most items other than necessities would collapse. Business and leisure travel would fizzle. The global supply chain would seize up.”

That could mean a correction of as much as 20% for stock prices, he added.

See: Here’s the segment of the economy that may benefit from fears of coronavirus

A more cheery scenario may be possible, however. “If the number of new infections continues to decline, investors will likely look through the Q1 plunge in growth,” Berezin said.

“Judging from the purchasing manager indices, global growth had already turned the corner in the weeks before the viral outbreak. With pent-up demand having accumulated in the intervening weeks, growth would bounce back in the second quarter.”

See: How the stock market has performed during past viral outbreaks