Home
Stocks
The Tell: Man who predicted the 2008 financial crisis says coronavirus may mean his bets of stock-market carnage are finally beginning to crystallize
Prev Article Next Article
This post was originally published on this site 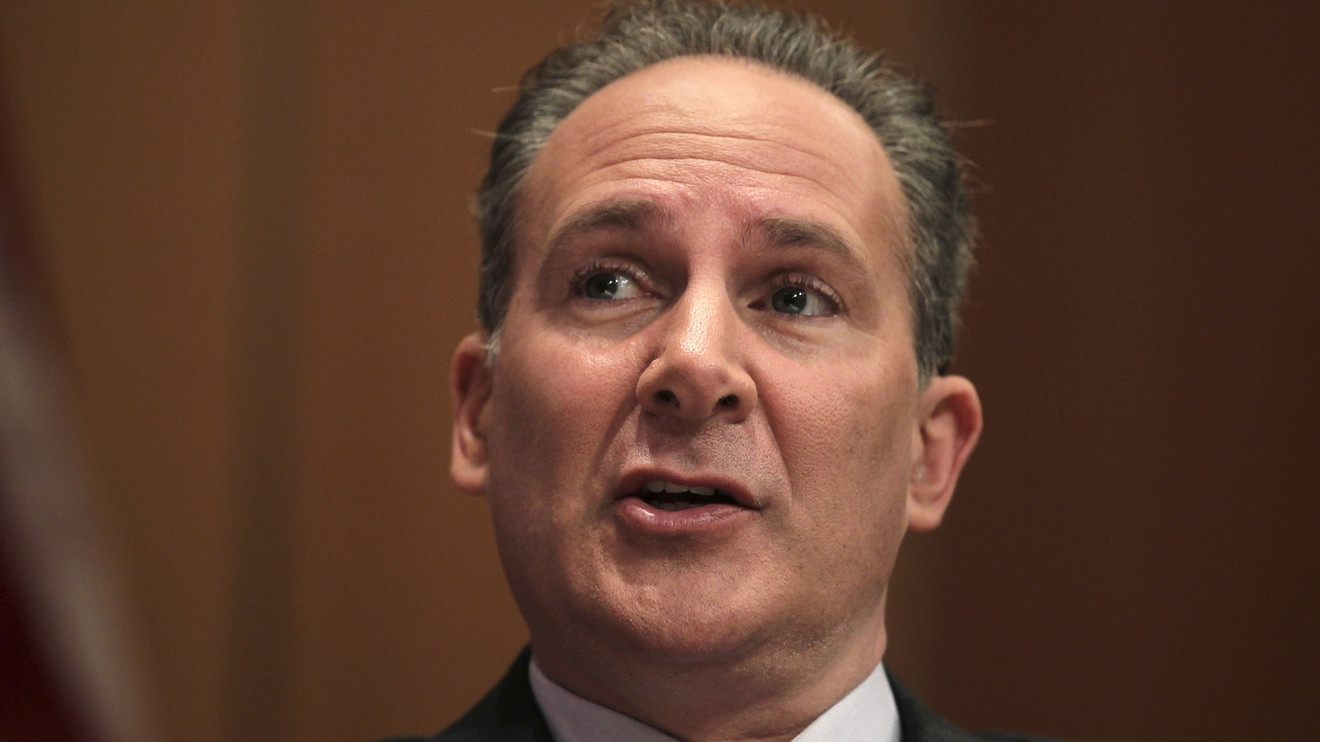 It’s times like these that get Peter Schiff’s blood running hot.

The polarizing Wall Street prognosticator says that the Federal Reserve’s latest move, an emergency half-a-percentage-point interest rate cut on Tuesday to a 1-1.25% range for fed funds, may be the pin that ultimately pricks what he believes is a raging stock-market bubble.

“The problem isn’t the pin, the problem is the bubble and once the bubble is pricked, the damage is done and the air is coming out of this bubble,” he told MarketWatch during Tuesday afternoon phone interview.

“If it wasn’t the coronavirus, it would have been something else,” Schiff said.

The Fed on Tuesday cited growing risks to the economy tied to the spread of COVID-19, the infectious disease that originated in Wuhan, China in December which has sickened more than 90,000 people and claimed more than 3,100 lives and now threatens to disrupt global supply chains and economies.

Schiff, the chief executive of Euro Pacific Capital, is a longtime market pundit and well-known gold bug and his admonitions to investors have been pilloried at times because his persistent and unrealized crisis narratives haven’t always played out.

However, he believes this time that calls for a stock-market and bond-market implosion and a collapse of the U.S. dollar are more likely than ever.

“We are going to have a collapse of the bond market and the financial crisis that’s coming will be much worse than the one we had in 2008,” he said. The bond market wasn’t quite collapsing on Tuesday but the 10-year Treasury note did establish a fresh historic low yield beneath 1%, while the U.S. dollar, as measured by the ICE U.S. Dollar Index, has fallen 1% this week and gold GCJ20, +2.70%, Schiff’s favorite asset, has gained 4.4% over the same period.

Read: Here’s what history says about stock-market performance in past instances when the Fed delivers an emergency interest-rate cut

It is hard to be too dismissive of Schiff’s predictions as one of his calls—that the collapse of the housing market in 2008 would lead to a global crisis of historic proportions—was dead on, and, perhaps has fortified his status as an investor and commentator who demands some attention on Wall Street.

U.S. equity markets appear to agree with Schiff’s skepticism of the Fed’s recent emergency action on Tuesday ahead of their planned March 17-18 meeting.

Criticism of the Fed’s action runs the gamut from those who believe the Fed has limited ability to stimulate an economy infected by the novel coronavirus as well as those who believe the Fed should wait for further economic data before opting to inject a dose of confidence in markets that have been prone to wild 1,000-point swings in the Dow Jones Industrial Average in the past two weeks.

The Fed has said that the U.S. economy remains strong and that acknowledgment has puzzled those wondering why the Fed is reducing benchmark interest rates with U.S. unemployment rate hanging around a 50-year low at 3.5%.

Schiff says the move to cut interest rates while the economy is strong supports his theory that the Fed can’t get away from interest rates at historically low levels, after attempting to do so at the end of December 2015. Last year the Fed cut rates three times in succession in the face of intensifying pressure from a U.S.-China trade war.

The Euro Pacific Capital chief says this is the new normal for markets and it doesn’t end well for the average investor. “The Fed never allowed the economy to heal,” he said of monetary policy in the aftermath of the 2008 financial crisis.

What does Schiff say to those who proclaim him a broken clock who is right twice a day?

Stock-market bulls should hope he isn’t correct this time.