Home
Stocks
The Tell: S&P 500 companies are complaining about tariffs despite Trump trade deal
Prev Article Next Article
This post was originally published on this site

Major U.S. stock benchmark indexes climbed steadily higher last year in the lead up to the U.S.- China trade deal signed on January 15, but while investors are optimistic about the impact of the agreement, many large U.S. firms do not see it making much difference to their outlooks.

That’s according to a review of S&P 500 index SPX, +1.03%  company earnings conference calls by RBC Capital Markets analysts, led by Lori Calvasina, head of U.S. equity strategy. She pointed out that with 17% of S&P 500 companies having reported fourth-quarter earnings so far, 45% have discussed the effects of new tariffs, the highest share since the third-quarter of 2018, when the Trump Administration began implementing broad tariffs on Chinese imports. 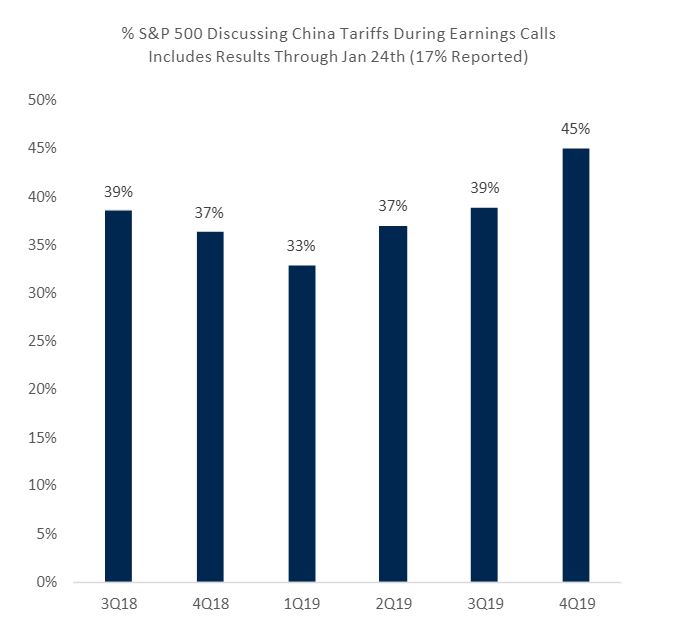 President Trump and Chinese Vice Premier Liu He signed a phase-one trade deal earlier this month which removed the threat of new U.S. import tariffs on Chinese consumer goods, while reducing the tariff rate on $160 billion in annual imports from 15% to 7.5%, but it kept in place tariffs of 25% on $250 billion in imports.

The deal also involved commitments by China to increase its imports of U.S. products by $200 billion over two years while China has also left some retaliatory duties in place.

The continued existence of these taxes has impacted the outlook for 2020 for corporate managers, according to the RBC analysis. 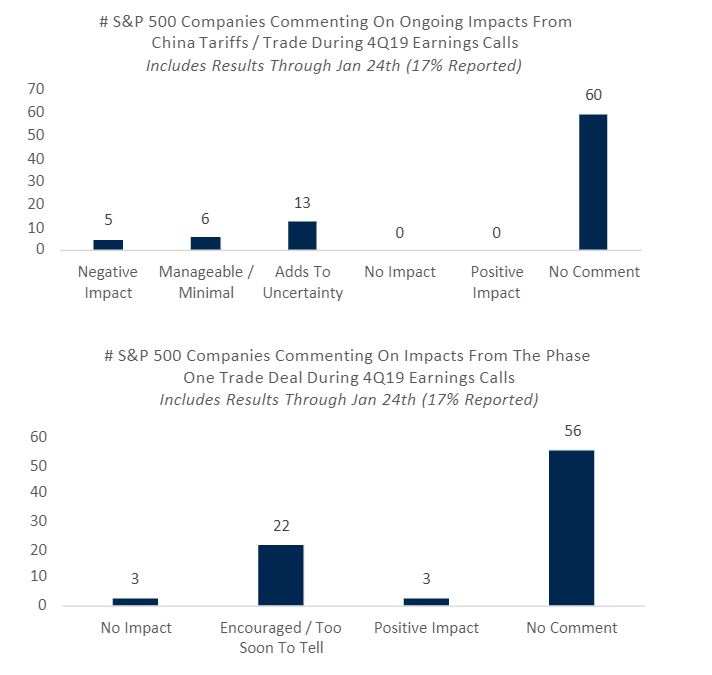 To be sure, company management often makes use of outside factors, like public policy, to excuse poor performance.

Meanwhile, the stock market’s performance since the summer of 2018, when the U.S. – China trade war began, provides evidence that these duties have not significantly impacted corporate performance.