Home
Stocks
The Tell: Wall Street money manager says the stock market won’t hit bottom until investors throw in the towel — and we’re not there yet
Prev Article Next Article
This post was originally published on this site 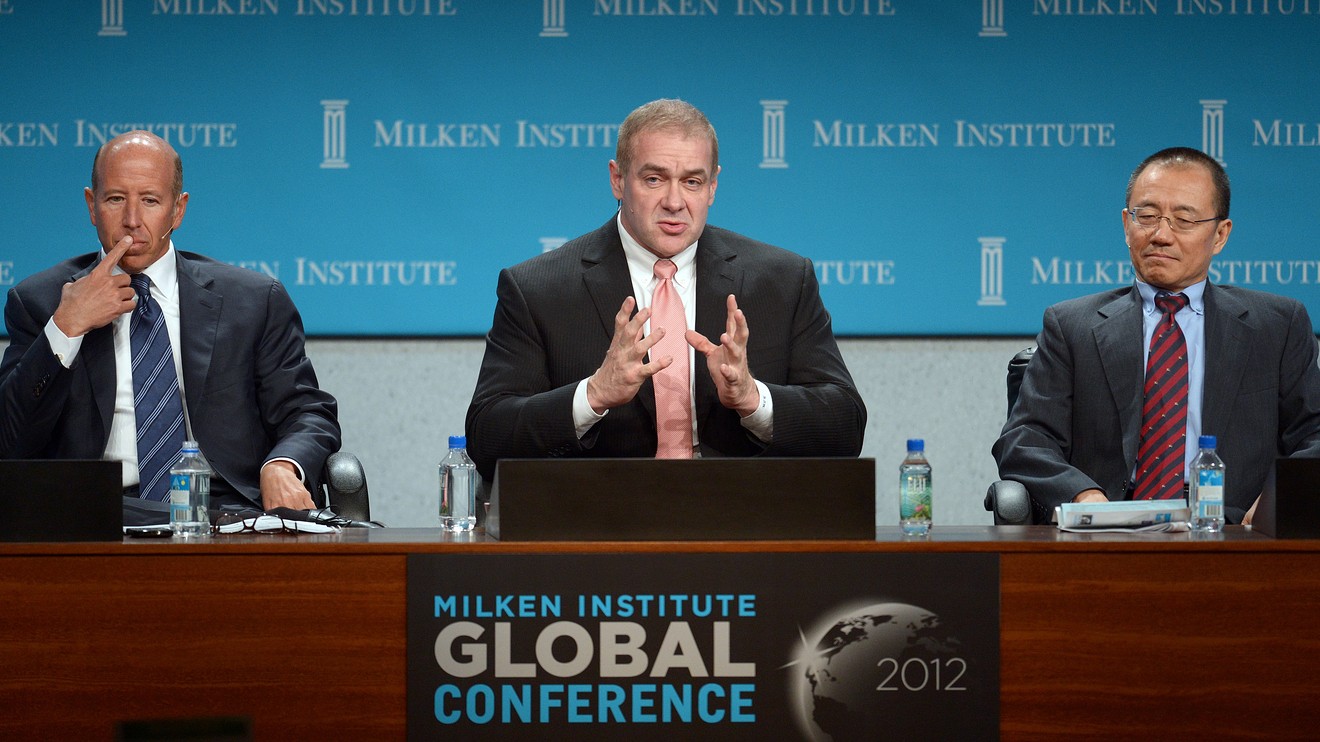 It’s going to get worse before it gets better — a lot worse, according to Scott Minerd.

‘If there is a risk to what I’m saying, the risk is that it will be worse, not better.’

The global chief investment officer at Guggenheim Partners says that investors are still holding out hope in many sectors, and that may be a sign that the worst isn’t over for a market that has taken a beating over the past month.

‘Since we haven’t seen capitulation yet, it would be premature to step in and buy aggressively at current levels, whether it is stocks or credit asset.’

Minerd offered some grim insights for his clients in a Sunday research report, published around the time the Republican-controlled Senate failed to pass a rescue package to help struggling businesses and individuals navigate the global pandemic that has brought economies across the globe to a screeching halt.

“Since we haven’t seen capitulation yet, it would be premature to step in and buy aggressively at current levels, whether it is stocks or credit asset,” said Minerd.

Minerd said the turmoil that markets are facing now is a combination of the viral outbreak exacerbated by companies and investors that have been unwinding debt at a rapid clip to readjust to the new reality brought about by the onset of the deadly pathogen, which has infected more 335,000 people and claimed nearly 15,000 lives globally, according to data compiled by Johns Hopkins University.

“The turmoil we are seeing right now is the result of the unwinding of this leverage,” Minerd wrote.

In his report, Minerd reiterated that the U.S. government and the Federal Reserve, specifically, need to lay out substantially more than they have already laid out to fix dislocations in financial markets and curb the economic blow from the rapid spread of COVID-19.

He explained the market’s predicament and possible strategies by the Fed this way:

Similar comments were made by Minerd on Wednesday and by the Wall Street Journal’s editorial board on Monday.

“That’s why I’ve been saying that we would need to see about $4.5 trillion of quantitative easing (QE),” he said, adding that those funds would come in addition to all of the measures that the U.S. central bank has taken thus far, including a facility for the commercial paper market that was recently unfurled.

On Sunday, Treasury Secretary Steven Mnuchin said the Fed will play a key role in lending funds to businesses hurt by the coronavirus pandemic.

“Working with the Federal Reserve — we’ll have up to $4 trillion of liquidity that we can use to support the economy,” Mnuchin told Fox News on Sunday.

‘I’m not betting on a global depression, but I’m saying that for the first time in the post-war era we are really getting too close for comfort.’

Minerd said the Fed’s funding efforts could take its balance sheet to at least $9 trillion, or about 40% of 2019 gross domestic product.

The investor said that areas of the financial market, ranging from airline leasing to collateralized loan obligations, are in bad shape, but haven’t yet hit a bottom.

“Interestingly, aircraft securitizations have not moved into the realm of pricing that would be appropriate,” he said, referring to the damage that the travel and airline industry faces from the global shutdowns under way due to the coronavirus.

As for the outbreak that is sweeping across the globe, Minerd said that extrapolating from the trajectory that the outbreak took in Wuhan, China, where it originated, the U.S. could see substantially more cases of coronavirus within a month.

As of late Sunday, there were 33,000 cases of infections of the novel strain of coronavirus in the U.S., and he predicted there could be some 2 million people infected in the U.S. in the next 30 days.

“That tells us our living patterns are not going to return to normal in the next 30 days, especially since we have not locked the entire country down yet,” Minerd wrote.

So can Washington legislators save the market or the economy soon? Minerd said don’t hold your breath, because even if Capitol Hill pushes a rescue bill through, it could take months to ultimately bring calm to the economy and the market.

For that reason, he says “buying the dip,” or market downturns, a practice that has proven profitable in the past two years until this recent bout of stomach-churning volatility, could be a fool’s errand.

“Even if Congress passes all of the necessary legislation, we should be expecting that the market will be vulnerable for another six months,” he wrote.

“This means that ‘buying the dip’ on the expectation that Congress is going to pass something soon is probably not a prudent investment strategy,” he said.

So far, markets have been in free fall, with the Dow Jones Industrial Average DJIA, -4.55% , the S&P 500 index SPX, -4.34% and the Nasdaq Composite Index COMP, -3.79% all putting in their worst weekly declines since the 2008 financial crisis at Friday’s close.

And the action for Monday was shaping up to be more sobering losses to kick off the week, based on the downward action in U.S. stock-index futures late Sunday.