Home
Stocks
The Wall Street Journal: Legendary GE CEO Jack Welch is dead at 84
Prev Article Next Article
This post was originally published on this site 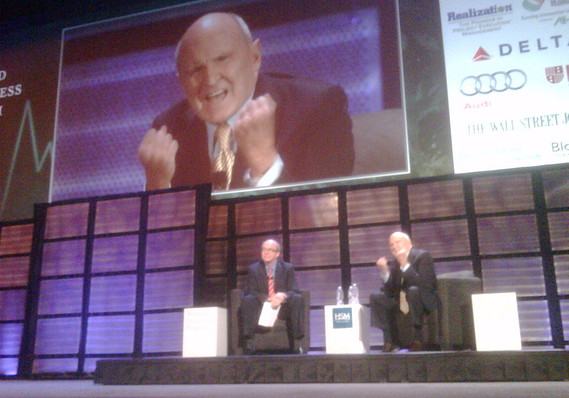 Jack Welch led General Electric Co. through two decades of unparalleled growth and transformation, with a brash style that single-handedly remade the conglomerate and changed the landscape of America corporations. He died Sunday at age 84.

Barron’s on MarketWatch: ‘Jack was larger than life and the heart of GE for half a century,’ says current CEO Culp

Welch’s success, driven by a hard-nosed strategy to slash less profitable businesses and unproductive employees, made him an international celebrity in the 1980s and drove GE to become the most valuable U.S. company during the 1990s. He groomed a generation of business leaders who went on to run giants such as Boeing Co. BA, +0.50% and Home Depot Inc. HD, +0.65% .

His retirement in 2001 brought best-selling books and more adoration, but GE’s troubles in the decades after his exit — under his handpicked successor, Jeff Immelt — raised questions about Welch’s management methods and whether he pushed the conglomerate too hard.

He is survived by his third wife, Suzy, and four adult children from his first marriage. He married Suzy, a former Harvard Business Review editor, in 2004 after a highly public divorce from his second wife. The couple started an online M.B.A. program and co-wrote several business books.

GE GE, +0.32% traces its roots back more than century to Thomas Edison and John Pierpont Morgan, but the modern GE was built by Welch. He was nicknamed “Neutron Jack” because he eliminated some 100,000 jobs in his early years as chief executive and insisted that managers systematically fire their worst performers. He pressured GE workers around the globe to drive themselves to ever-more-demanding efficiency standards.

Deadly protests break out in India during Trump visit