Home
Stocks
The Wall Street Journal: Pentagon drops its opposition to new restrictions on U.S. dealings with China’s Huawei
Prev Article Next Article
This post was originally published on this site

The Pentagon has dropped its opposition to efforts within the Trump administration to make it harder for U.S. chip makers and other companies to supply China’s Huawei Technologies Co. from their overseas facilities, according to people familiar with the situation.

The Defense Department’s shift on a proposed rule comes as the U.S. steps up its campaign to persuade allies that Huawei’s gear poses a security threat. Adding to the pressure, a federal indictment was unsealed this week charging Huawei and two U.S. subsidiaries with racketeering conspiracy and conspiracy to steal trade secrets. Huawei says the charges are unfounded.

Huawei is the world’s largest telecommunications-equipment manufacturer and a leader in next-generation 5G wireless networks. The U.S. contends its equipment could be used for Chinese government espionage, a claim that Huawei has repeatedly denied. 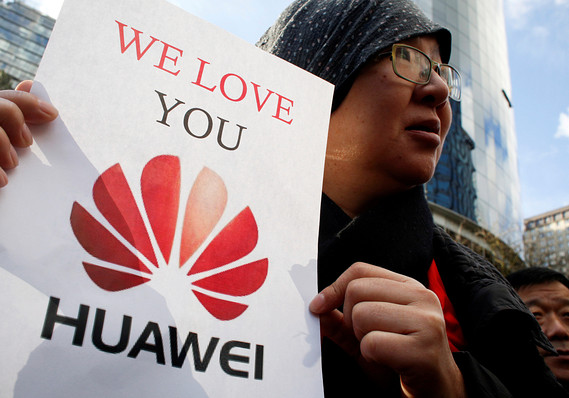 A Chinese national holds a sign in support of Huawei outside the Supreme Court building in Vancouver in 2018.

The Trump administration has been moving to further restrict U.S. companies from selling to Huawei, which is also a major smartphone maker.

In discussions within the administration, Department of Defense officials had voiced concerns that cutting off sales to Huawei would deprive U.S. chip makers of vital revenue needed to fund advanced research. The Pentagon itself spends heavily on research to stay on the cutting edge of weaponry and defensive capabilities.

How the government obtains and uses cellphone location data

What life is like for the quarantined cruise passengers