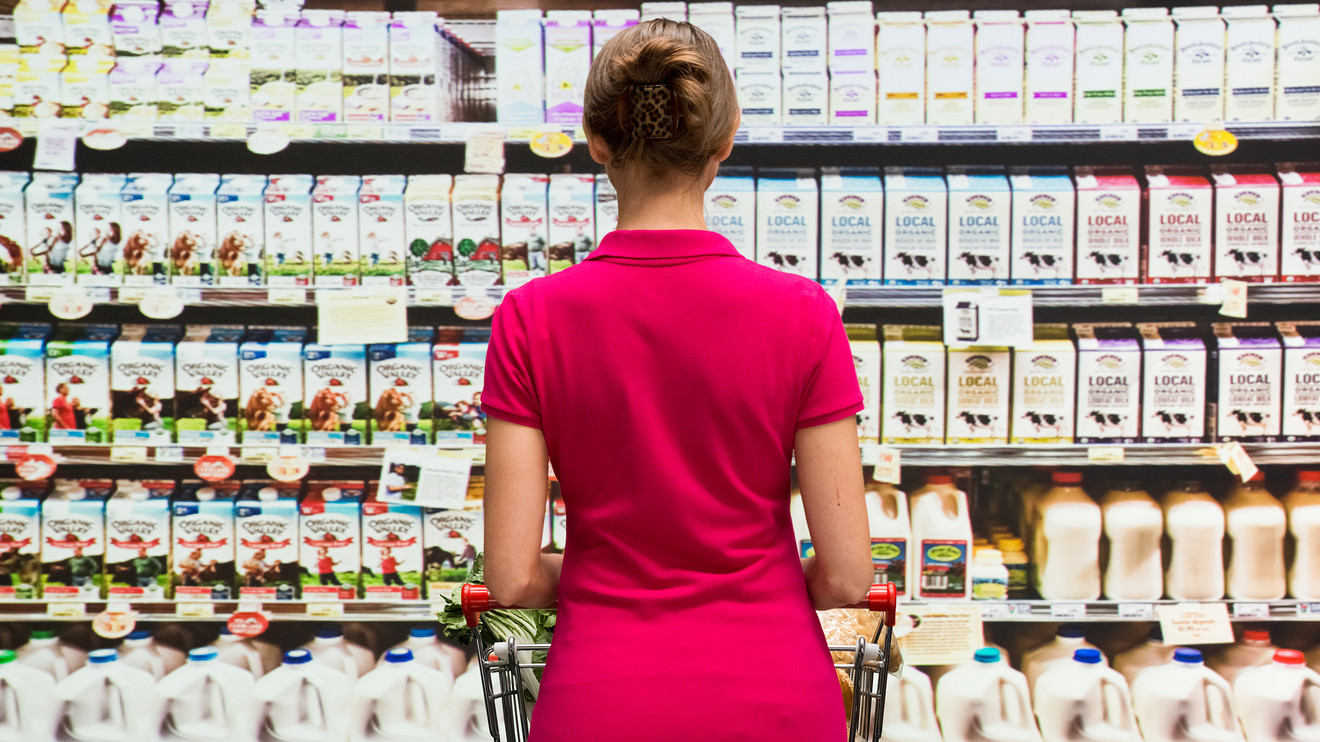 There is a health difference between 1% and 2% low-fat milk.

That’s according to a paper in the latest edition of the peer-reviewed, open-access journal Oxidative Medicine and Cellular Longevity.

Every percentage-point increase in milk fat (for example, from 1% to 2%) “is associated with more than 4 additional years of biological aging,” reports author Larry Tucker, a professor of Life Sciences at Brigham Young University.

‘The findings highlight an association of increased biological aging in U.S. adults who consumed high-fat milk.’

From 1999 to 2002, the National Health and Nutrition Examination Survey, a federally-funded national study into health, diet and other facts, also collected DNA data from 5,834 adults. That DNA data became available in 2014.

The research cross-referenced the kind of milk people drank with the cellular markers of biological ageing known as telomeres. They measure “biological aging” rather than life expectancy and cap the ends of chromosomes.

“Telomeres function like the caps that protect the end of shoe laces,” Tucker wrote. “Over time, as cells divide, telomeres become progressively and predictably shorter. Cellular longevity is often indexed objectively by measuring the length of telomeres.”

Adults with short telomeres, he adds, “tend to have more oxidative stress and chronic disease, including more heart disease, depression, obesity, and cancer, as well as earlier death, than their counterparts.”

Tucker compared telomere length — the signs of cellular aging — with what subjects said they ate and drank. He isolated the type and frequency of milk.

Participants who drank whole milk or even 2% milk showed considerably more signs of cellular aging than those who drank 1% or 0% or no milk at all. “The findings highlight an association of increased biological aging in U.S. adults who consumed high-fat milk,” Tucker concluded.

Participants who drank whole or 2% milk showed more signs of cellular aging than those who drank 1%, 0% or no milk.

But for those who like full-fat milk, there was some good news in the fine print.

Drinking higher-fat milk occasionally seems to be fine — so long as you generally consume very few saturated fats in your overall diet, the study found. When the study looked at adults reporting only low saturated-fat consumption, “there was no relationship between milk fat intake and telomere length,” the study reported.

The National Dairy Council was quick to highlight the bright side of the story. “It looks like that amount of saturated-fat consumption may be the main driver of the results, not milk,” said Chris Cifelli, the vice president for nutrition research at the dairy industry’s trade association, “consuming full-fat dairy foods within recommended saturated-fat levels should be okay.”

An increasing number of people are willing to pay more for milk alternatives. Plant-based milks such as almond, oat and soy cost $3 or more for a half gallon (64-ounces), and as much as $5.99 for a quart (32-ounces) for a brand of peanut milk, a steep increase compared to dairy, which costs $2.69 on average per gallon and $2.17 per half gallon (64-ounces).

‘It looks like that amount of saturated-fat consumption may be the main driver of the results, not milk.’

Sales of plant-based varieties have grown 6% over the past year, now comprising 13% of the entire milk category, according to data released last July from The Good Food Institute and Plant Based Foods Association. Sales of cow’s milk, meanwhile, have declined 3%. In fact, 11% of consumers say they’re trying to consume less dairy, according to NPD group.

Some people are willing to pay big money for non-dairy varieties, particularly oat milk. When the Swedish oat milk brand Oatly sold out of its Barista Edition Oatmilk variety in December, one Amazon seller posted a 12-pack of the milk cartons for $226 (a 32-ounce carton retails for $4.99).

Meanwhile, the Dairy Farmers of America (DFA), a dairy marketing cooperative, said sales declined by $1.1 billion in 2018. Net sales were $13.6 billion in 2018 versus $14.7 billion in 2017. Dairy-industry executives say the milk beverage category remains competitive, while the dairy market as a whole has seen growth.

Research on milk’s health impacts has been mixed. According to various studies, consuming dairy may reduce your risk of colorectal cancer but increase the risks of prostate cancer, for example. A study in Japan found that drinking milk might make you live longer, but a study in Sweden found the exact opposite.

U.S. consumption of milk has been in decline for decades, partly in response to growing concerns about the health risks from saturated fats such as those typically found in dairy products. Americans drink about 40% less milk per person than they did in the 1970s, according to the U.S Department of Agriculture.

(Jeanette Settembre contributed to this story.)