Home
Stocks
Therese Poletti's Tech Tales: How not to kill your spouse and other tips for working from home from someone who hates it
Prev Article Next Article
This post was originally published on this site 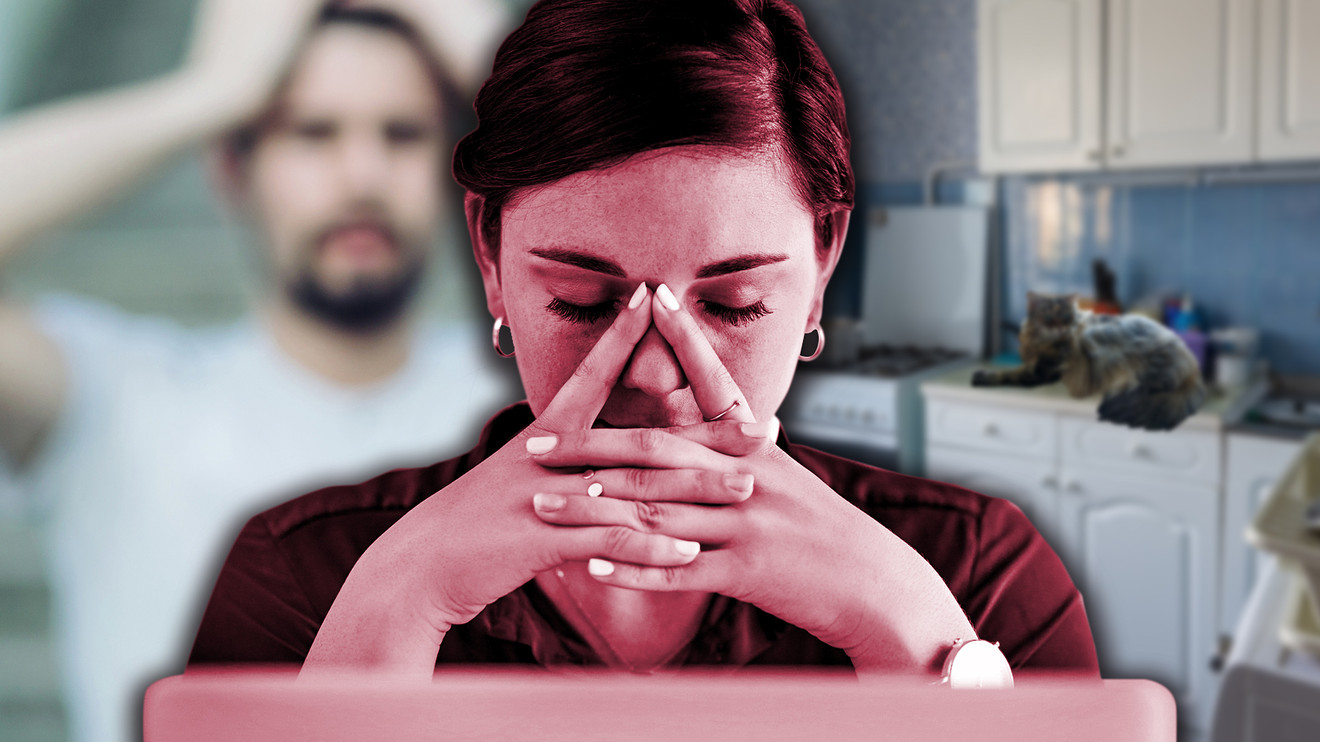 I thought my working-from-home situation was bad until I spoke with Juan Pablo Buriticá, an expert on remote work who has been leading distributed engineering teams for a decade.

Buriticá and his partner are both working from home in a 700-square-foot studio apartment in lower Manhattan, where they are now sharing their calendars to coordinate their conference call schedules and usage of the one designated working space, as they self-isolate along with millions of others around the world, during the COVID-19 pandemic.

It is a difficult, unprecedented situation, even for Buriticá, who is also one of the co-authors of a just-issued digital book by Holloway on the topic, called “The Holloway Guide to Remote Work.”

“The challenge right now is that some good habits you have when you are a remote worker, like going to a coffee shop, seeing some people, you cannot do,” Buriticá said. “We are all locked in with our partners, kids, families, trying to get things done, while we see the market behaving the way it is and the government reacting. Even if we didn’t have isolation, I still think it would be very distracting.”

Buriticá’s predicament made me feel like a spoiled child. I live in a spacious 1,500-square-foot flat in the San Francisco Bay Area, the first large U.S. area to issue a “shelter in place” order in response to the spread of the novel coronavirus. I have taken over my husband’s office overlooking a lovely shared garden, have no children — only a large, howling cat — and a husband who is a carpenter/contractor with an essential project to finish.

Even so, I am having a tough time with this, more so than in my previous occasional daylong bouts with working from home while waiting for a plumber, electrician or refrigerator delivery, which I usually avoid because I prefer the camaraderie and banter of the newsroom. The constant changes in the news world-wide, the dire state of the financial markets and barrage of fear on social media are seriously distracting. And when my husband comes home early or doesn’t have to go to his job site because the electrician is there, it’s even more distracting — last week, I missed phone calls from interview subjects and my editor when he was vacuuming.

So I decided to talk to some experts and learn some good practices early on, so I can avoid becoming like Jack Nicholson’s character in “The Shining,” who gets a very bad case of cabin fever while snowbound with his family as the winter caretaker of a 1920s hotel in the Rocky Mountains.

See also: Working from home because of coronavirus? Don’t give your company a different kind of virus

“It’s really all about establishing good habits and not letting yourself get distracted. FOCUS FOCUS FOCUS!” Leigh Anne Varney, a public relations maven who has worked at home for 20 years, said in an email. In an ironic twist, she recently started as a senior account supervisor with Landis Communications, where she had started going into the office, but she is now back working at home because of the Bay Area’s shelter-in-place mandate.

Buriticá, Varney, and other experts on remote working all agree on a few key points that can make the experience easier. One essential requirement is to have a designated area with the right setup for your job. Many of us work from laptops, which can be stressful on your neck looking down, and at odd tables and chairs around the house.

Varney first carved out a workspace in a closet but she had no door. She recommends being able to go to a separate room and having the option to close the door on the household, which can help you focus and forget the dishes mail, and dust bunnies. In a remodel, she expanded her space and added french doors to create an office she calls “The Flack Cave.”

Many people who are able to work from home in the Bay Area have been buying office equipment to improve their workspaces. When I went to Office Depot ODP, -2.22%  to get a monitor this week, I got one of the last three monitors left in the store. There were also slim pickings among wireless keyboards and mice. It took under an hour to get the new additions hooked up to my work laptop, and it’s a good idea to bring your laptop with you, if you go to a store, or double-check your ports and see if you need additional adapters — like a mini display port to HDMI adapter — to connect.

Another tip everyone agrees on is having a routine, and act just like you are going to the office. Start work at the same time, get dressed, and do not work in your pajamas or bathrobe.

“Many remote workers feel more prepared and ready for a workday by waking up at the same time each day, having a morning routine of some sort (getting the family out the door, a quick walk with the dog, grabbing a coffee) and being at their desk at a fairly predictable time for them,” write the authors in the Holloway guide. But obviously, right now, it’s not always possible to get your family out the door, and many are also trying to juggle home schooling or keeping their kids busy or entertained.

On the first day of the lockdown in San Francisco, which closed city schools, one of my friends Abby Bridge, complained on Facebook FB, -2.22%  that while her co-workers are reading articles about being more productive and compulsively scheduling meetings, she is dealing with her five-year-old, who complained that his first day of home kindergarten “wasn’t much of a school.”

A few days later, one of the school’s P/E teachers posted a YouTube GOOG, -3.85% GOOGL, -3.91%  video with a four-minute workout for kids to do at home, showing the importance of exercise, even if it’s just a quick set of push-ups and leg kicks. Her son recently told her, “Maybe you will be a better teacher tomorrow,” she said in an email.

Opinion: I’ve been working from home for years — this is how to do it successfully

Among her routines, says Varney, is to take a brief lunch break away from your desk. “I try to not eat at the desk so I have some sense of scenery change for 30 minutes, including taking a break from emails and the phone, and, I don’t know, reading a book that has nothing to do with work for 30 minutes,” she said. Others also suggest taking a walk or doing some brief exercises, if you can, when you have breaks between calls, video chats, to get out of your chair and move around.

Another key that should become a habit is to check in with co-workers or bosses on a daily schedule, at a set time, when possible, either via a video chat or conference calls. Messaging colleagues over Slack Technologies Inc.’s WORK, +5.81%  work channels or creating a special channel for socializing together while apart is also a good idea, suggests Buriticá, to help avoid the feeling of loneliness and isolation.

“Group chats or group Slacks, I don’t like them to do work, but they are very good to stay in touch with people and to share jokes, etc. I would encourage a group of people to do a water cooler and share ‘Westworld’ chat or whatever,” he said — he and a couple of friends now have a rolling video call, where people can pop in and out.

But Buriticá worries that some workers will be turned off by remote work, if the coronavirus lockdown is the first time they are working from home.

“I expect people to understand that emergency remote work isn’t what a distributed team feels like. Not everyone is going to become a remote worker… There is a general anxiety, how long are we going to do this for? Everything that I am used to has been taken away from me. There is no sense of stability. The primary advice I give people is to try to get some sense of stability, build something predictable so the rest of people can start building — a daily meeting, a daily check in.”

Don’t let your pets, children or spouses distract you. But you also don’t want to be reliving a Stanley Kubrick horror movie, sitting at your keyboard typing the same sentence over and over and over again, before going on a murderous rampage.

This balancing act is easier said than done, but hopefully this will get better with practice. And don’t forget to find the mute button quickly, to avoid sharing the sounds of cats puking, dogs barking and children screaming.

For more: How to keep your sanity while working from home