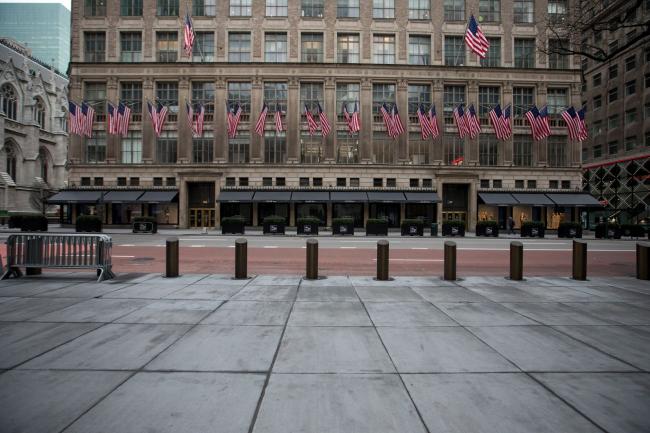 (Bloomberg) — The economic losses from the coronavirus have transitioned from hints of serious difficulties just a week ago to a devastating stoppage at countless U.S. restaurants, hotels, movie theaters, gyms and other service providers, with millions of employees now idled.

While still largely invisible in the mostly dated official economic data, the destruction is clear in private reports on hotels, dining establishments and theaters, many of which are now closed. The key questions center around how much more deterioration remains and how long it will last.

Here are five indicators that give a sense of the emerging crisis for the nation’s businesses.

The outlook for the lodging industry has quickly gone from bad to worse. In the week ended March 14, occupancy of U.S. hotels plunged to 53%, meaning rooms were about half empty for the week, according to data tracker STR. A year ago, the rate was 70%. The slump occurred even as the industry reduced prices, with average daily rates falling 11% from a year earlier.

With the virus spreading to all 50 states, the falloff in travel is likely to be just the beginning. Seattle, which was an early epicenter of the virus in the U.S., experienced just 33% occupancy, while San Francisco’s was 39%. New York City, which typically is packed with tourists and business travelers, saw a decline to 49%.

Cities that depend on conventions were especially hard hit, said Jan Freitag, STR’s senior VP of lodging insights. “Group cancellations were felt across the markets.”

Retail sales show a somewhat deceptive picture of true demand as they are holding up primarily because Americans are racing to discount and grocery stores to stockpile food, toilet paper and paper towels and other emergency goods. While discounters saw a surge in sales, purchases slumped at department stores that offer discretionary items like clothing, according to Johnson Redbook data.

Gains were led by “canned food, bottled water, pharmaceuticals, cleaning and household products as consumers stocked up in anticipation of staying at home for the next several weeks,” Bloomberg Intelligence analysts wrote.

It will get even worse for department stores. The largest mall owner, Simon Property Group (NYSE:), announced it was temporarily closing all of its retail malls in the U.S.

If you are looking for a bright spot, by one measure, consumers’ attitude seem to be holding up reasonably well. The Bloomberg Consumer Comfort Index improved last week to 63 from 62.7 a week earlier, the first gain since January. The caveat is the CCI is reported on a four-week rolling average basis.

Confidence remains well above levels of the past recession during 2007 to 2009. But with layoffs starting to occur in large numbers and the stock market deteriorating rapidly, there is reason to expect sentiment will weaken. Improved household attitudes will be vital for spending when the U.S. emerges from the crisis.

Theaters in the U.S. and Canada brought in just under $50 million over the weekend starting March 13, researcher Comscore Inc. said Monday. That’s a 61% decline from a year earlier and the smallest weekend tally since at least 1998. The three-largest chains in the U.S. are all closed this week, and almost every new film release has been postponed or is being made available for at-home rental early.

Of course, the cinema isn’t alone within the arts and entertainment industry. Broadway is dark too, having been shut down by order of New York Governor Andrew Cuomo more than a week ago. And all major sports — remember this should have been a week for NCAA basketball’s March Madness tournament — have canceled games or suspended seasons indefinitely.