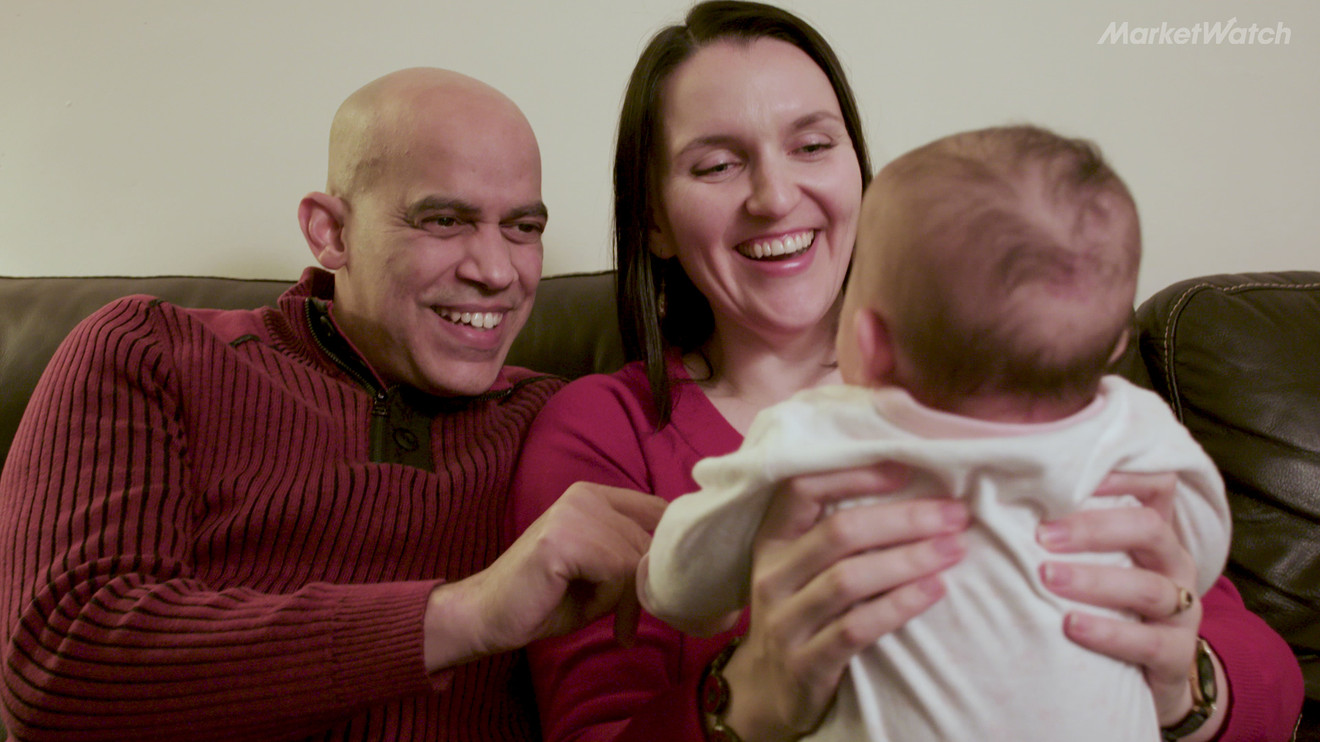 Jose and Tatiana are well on their way to retiring early.

Paring down expenses was certainly one way to reach early retirement, but it wasn’t the only one — and it isn’t a path all individuals aspiring to retire early can try anyway. The couple knew how much they wanted to save, as well as how much they want to withdraw each year for retirement (about 4% a year) and calculated how they could make it happen.

“We wanted to be happier,” Jose said. “It’s not just about cutting expenses, and that’s the thing about the FIRE journey.”

Jose, 44, and Tatiana, 33, were not always financially independent, and came from humble backgrounds. Tatiana was born in Belarus, grew up in Lithuania, and came to the U.S. at 13 years old. Her single mother raised her and her sister, and when she got older she worked part-time jobs to help her mom. Jose, who is the youngest of eight children, and his family emigrated from the Dominican Republic when he was 12 years old. They shared a lot, he said, and when he went to college he took out loans. “I feel extra accomplished because we came to this new country where we had to learn a new language and culture,” Tatiana said. Starting from humble beginnings was helpful, she said, because when they were able to afford much more, and realized these materialistic things didn’t make them happy, it wasn’t hard to change their spending habits and cut costs.

The couple is part of the FIRE movement, which stands for “Financial Independence, Retire Early.” Americans across the country are dreaming of leaving the traditional workplace in their 30s and 40s by investing enough assets in the first decade or two of their careers so they can rely on this nest egg and its investment returns the rest of their lives. Financial independence, to many of these individuals, is the ability to leave a stressful job for a less lucrative one, even if it means making a few sacrifices along the way.

The couple shared tips they used to get to early retirement:

See: The path to financial independence and retiring early, in one simple chart

Get on the same page

Jose pitched the idea of financial independence to Tatiana first, saying it was a way to live their lives as they want without being tethered to a 9-to-5 job. They also sat down and reviewed what made them happy, how they spent their money and the different perspectives they had about money growing up. Jose and Tatiana realized they weren’t as interested in material possessions and preferred traveling and experiences.

“We were on the same page that traveling, eating out and doing things are fun and what we want, and not so much buying a big house with two cars and a garage,” she said.

Couples working toward FIRE, and even those who aren’t, don’t always come from similar financial backgrounds, nor do they see money the same way. Some are more interested in shopping, while other spouses might think it’s best to squirrel all of their assets away. When Jose and Tatiana met, Jose was living in a big house with a pool and consumer debt, while Tatiana lived in a tiny apartment and was always eating out with friends. “We had different lifestyles and similar incomes,” Tatiana said.

Don’t miss: How couples can avoid driving each other crazy in retirement

Financial independence is about doing what you want with your time, how you want, but while working toward these goals, it’s important to enjoy the journey — and anticipate the unexpected. Budgets will change according to life events, and it did for the couple when they welcomed their first child last fall. “Be flexible with your plans,” Jose said. “Adjust numbers if you have to, add more years if you need to.”

Life has gotten in the way for some individuals who took the leap into early retirement. Couples have prepared for early retirement and then broken up after they got there, others have lost loved ones or gotten sick. Those inspired to live the FIRE lifestyle may underestimate how much they need to support their current or similar lifestyle, as well as medical bills and emergencies.

That said, Tatiana and Jose said couples looking to retire early shouldn’t let more income or a growing nest egg trick them into spending more. Any raises and bonuses should go to retirement accounts or other savings vehicles. Be open to making changes in your life that will move you closer to your goals, such as downsizing a home after realizing the one you live in now is too big or saying no to invitations that could derail plans.

If the FIRE goal happens to be within the decade and at a time when couples may expect lifestyle changes — like having a baby — it does help to try to coordinate them. Tatiana and Jose wanted a child, but didn’t want her to spend too many of her first years in day care, so their underlying goals of becoming parents and FIRE had to come within a few years of one another.

Increase your income, especially in a passive way

Jose and Tatiana used passive income to help them get to their goal, especially index funds. They’re typically less risky than investing in individual company stocks but it takes longer to see growth. “There is definitely no one solution that you should be in this proportion of stocks and bonds,” nor should someone try to time the market, Tatiana said. “We are comfortable getting there slower.”

Taxes are also an important component to planning for FIRE, and individuals looking for financial independence should leverage numerous retirement savings and investment vehicles instead of just one type. Some workers may want to take advantage of the high contribution limits of a 401(k) plan ($19,000 in 2019) as well as a Roth individual retirement account, which is funded with after-tax dollars and then grows and is withdrawn tax-free. “Shielding your money from taxes is rule No. 1,” Tatiana said.

Increasing income in more traditional ways, such as through raises and new job opportunities, may have the greatest effect on how much someone saves for early retirement. They suggest staying competitive in the job market or asking for raises, but not necessarily juggling numerous jobs and burning out.

Enjoy the journey, and stay focused

There will be times of struggle and doubts, but it’s important to stay focused on the dream. “Keep your goal in mind as you make concessions in your life and expenses,” they said. “Reaching FIRE will take many years and the more you enjoy the journey, in creative ways, the easier it will be to accomplish it.”

It took five years for this couple to become financially independent, and they plan to be retired by 2020. “It’s not just for the rich people or those who inherit a lot of money or who make a ton of money,” Tatiana said.