Home
Breaking News
Tiny nonuplets have a fight ahead, hospital says
Prev Article Next Article
This post was originally published on this sitehttps://cdn.cnn.com/cnnnext/dam/assets/210507123538-03-nonuplets-scli-intl-super-169.jpg
“There is still work to do because they are very premature,” Alaoui told CNN. “They need to gain weight, they need to breastfeed. There are lots of problems waiting for us.”

The babies were born weighing between 1.1 and 2.4 pounds, after a pregnancy of just 30 weeks. Five were hooked up to ventilators immediately after their birth via C-section.
More than 72 hours later, three are still intubated, relying on the machines to pump air into their tiny lungs, the hospital’s communications director, according to Abdelkoddous Hafsi, the communications director for Groupe Akdital, which owns the clinic.

Cisse was flown to Morocco by the Malian government on March 30, according to a statement from Mali’s health ministry. Before she gave birth, the combined weight of the babies and amniotic fluid inside her womb was 66-88 pounds, according to Alaoui. A dangerous premature delivery was imminent.
Doctors prescribed a mix of calcium channel blockers to control Cisse’s blood pressure, and antispasmodic drugs and hormonal treatments to delay the delivery for as long as possible.

“Praise be to God that we managed to delay the delivery with adequate treatment,” Dr. Yazid Mourad, the lead gynaecologist on the case, said in a video shared by Groupe Akdital.
When Cissé’s contractions began, it took a team of more than 30 doctors and paramedics to deliver the nonuplets safely, the clinic said in a statement. Despite suffering a haemorrhage during the operation, Cissé is now in stable condition, Alaoui told CNN.
Cisse is not yet ready to speak to the media, but her husband, Kader Arby, said the nation was overjoyed at news of the successful delivery. “I got calls from everyone, even the President of the Republic — he called me as soon as he learned the news and congratulated me,” he told CNN, speaking from the Malian city of Timbuktu. 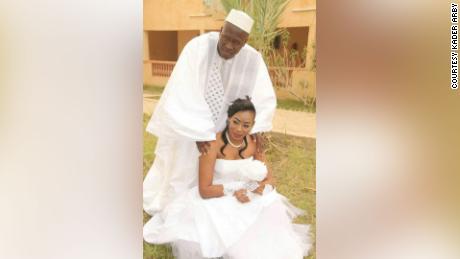 Around 15 million babies are born prematurely every year — the majority in Africa and South Asia, according to the World Health Organization. Complications, such as the underdevelopment of internal organs, arising from preterm births are the leading cause of death for children below the age of 5. The likelihood of preterm birth is higher in instances of multiple pregnancy. Chances of survival can be dramatically increased through effective postnatal care, the organization said.

The current world record for the most babies delivered in a single birth to survive is currently held by Nadya Suleman, who in 2009 gave birth to six boys and two girls in California.
The clinic says it plans to keep the nonuplets in care for at least three months, alongside their mother. The babies’ underdeveloped immune systems mean they are at high risk of potentially deadly infection, according to Alaoui, who nonetheless remains optimistic.
“We need these babies to survive. Only God will decide. We will put all the resources available to us into making them survive,” he said.
Prev Article Next Article