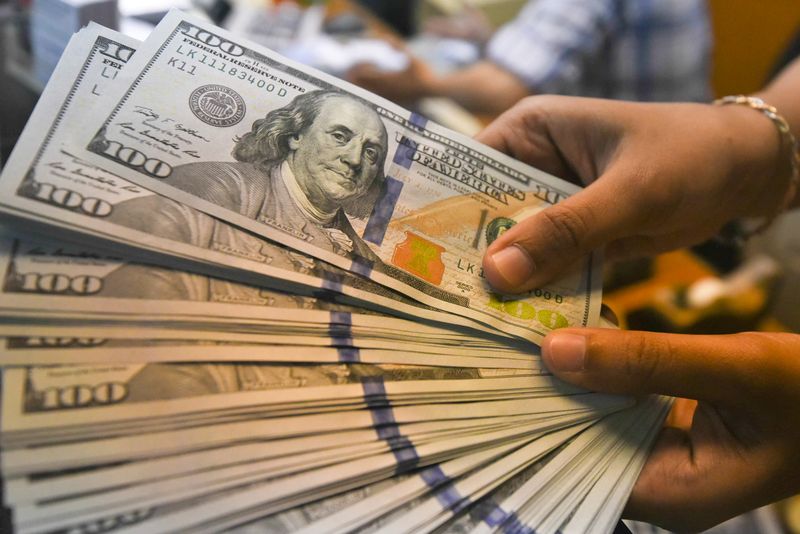 LONDON (Reuters) – The ability to buy and sell foreign exchange whenever needed with minimal market impact is seen by currency traders as the biggest challenge for 2020, according to an annual client survey by JP Morgan published on Thursday.

In a year when broader market volatility has fallen to record lows thanks to abundant central bank liquidity in global markets, worries about the availability of market liquidity topped the list of issues facing FX traders for a second consecutive year in the U.S. bank’s annual survey.

The views of the biggest 650 institutional trader clients, mostly focused on the $6.6 trillion a day foreign exchange markets, polled by JP Morgan point to a tricky year ahead for investors. (N:)

While market liquidity can appear plentiful in calm periods it can also dry up suddenly, especially in volatile times, after years of cost-cutting and rising competition that has pushed down the number of market participants.

Perhaps the biggest factor is the drop in market volatility, with an index measuring currency market swings near record lows, squeezing the spreads that banks charge when quoting currencies.

“Margin compression, increased competition, high execution costs, and tech advances has caused forced a few market makers to exit the space and for liquidity to appear more plentiful than it is in reality,” said Scott Wacker, global head of fixed-income, currencies and commodities e-sales at the bank.

Among concerns about the year ahead, the availability of market liquidity was picked by 33% of respondents, receiving nearly twice as many votes as the next issue about workflow efficiency that FX markets will face in 2020.

For a link to the survey, see https:// Currency markets have seen more episodes of sudden market swings in market prices in recent years, with the Japanese yen and the Swiss franc swinging wildly in the opening months of 2019 followed by the Turkish lira in August.

That volatility has increased the usage by investors of banks’ trading platforms as they offer the relative anonymity of protecting their trades and other value-added services including pricing feeds, according to George Bollenbacher, head of fixed income research at capital markets consultancy Tabb Group.

A December 2019 report by the Bank of International Settlements found that multi-dealer platforms have ceded market share to single-dealer banks.

The survey also found that traders expect to see the amount of trading volume via electronic channels increase to as much as 84% of their total compared with 74% in 2019.