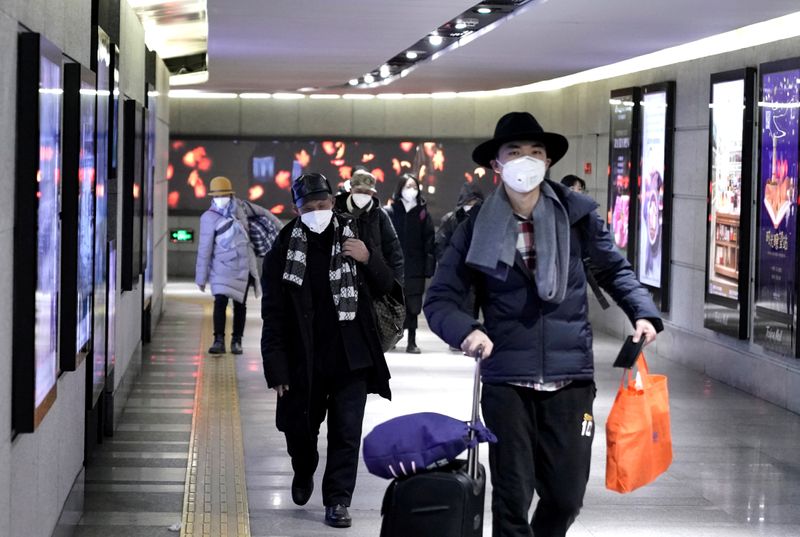 By Engen Tham and Alun John

SHANGHAI/HONG KONG (Reuters) – Auditors for listed Chinese companies will likely struggle to complete their work by stock exchange deadlines because of travel bans and other restrictions designed to limit the spread of the new coronavirus, auditors and analysts said.

The restrictions come just as accountants enter their busiest period of the year when the majority of companies are due to file full-year accounts.

“This is a real problem. If things get worse, both companies and auditors will have a hard time getting done on time,” said Paul Gillis, a professor at Peking University’s Guanghua School of Management.

Accounting firms are in talks with China’s securities regulator over difficulties they are having meeting the April-end deadline for Shanghai-listed companies to announce their results, said two people with direct knowledge of the matter.

The people declined to be identified as they were not authorized to speak publicly about the matter.

Similar lobbying efforts are underway in Hong Kong, where companies must publish their results by March 31, but where the regulator – the Securities and Futures Commission (SFC) – has high standards on allowing an extension because of the importance of fresh information for fair trading conditions.

“Normally it is quite a challenging reporting timeline. With the coronavirus happening at such an unfortunate time, we are facing almost an impossible task because of the travel restrictions,” said Clement Chan, managing director in the assurance practice at BDO partners.

Chan said the problem was compounded because many staff in companies’ in-house finance teams were unable to travel back to their city of work after visiting their families for the Lunar New Year holiday.

A total of 1,241 mainland-headquartered companies were listed on the stock exchange of Hong Kong at the end of December, and many other Hong Kong-listed companies have substantial operations on the mainland.

“It is the SFC’s view that an issuer would need to demonstrate specific, practical impediments, which are not capable of resolution, to justify any delay,” a spokesman for the regulator said.

Year-end audits involve a large degree of field-work, where auditors visit sites to check figures. While much of the work will have been done before year-end, visits now are needed to finalize details.

“You need to sit next to them and make them give you that detailed excel spreadsheet otherwise they don’t respond,” an employee at one of the so-called Big Four auditors told Reuters.

“You also need to randomly check the stock, for example if you’re counting female pigs you actually need to go and check that they’re female,” the person said.

The flu-like virus, originating in the Chinese city of Wuhan, has resulted in 361 deaths on the mainland, local health authorities said.

Wuhan and the surrounding Hubei province are in virtual quarantine, travel restrictions have been imposed across China, and the Lunar New Year public holiday has been extended to keep people at home and help stop the virus spreading.