Home
Market
Travel-food group SSP warns on coronavirus hit to sales
Prev Article Next Article
This post was originally published on this sitehttps://i-invdn-com.akamaized.net/news/LYNXMPEA6606G_M.jpg 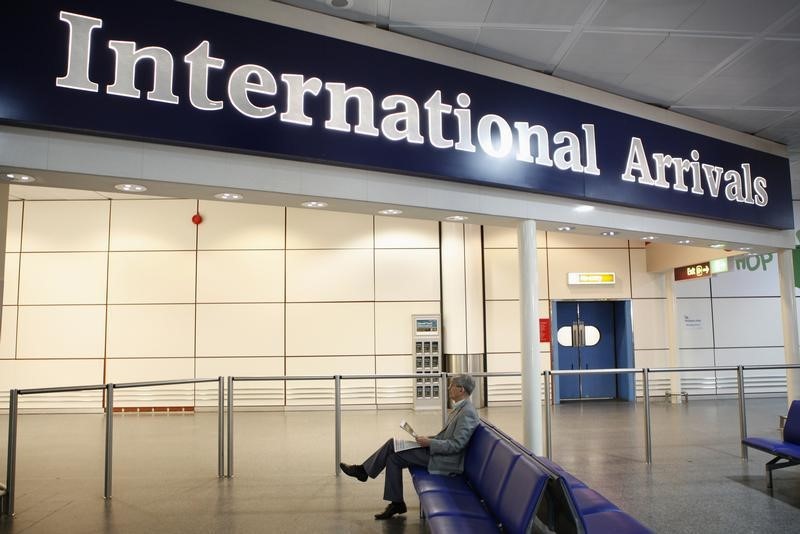 LONDON (Reuters) – British travel-food company SSP (L:) warned on Wednesday of a 50% fall in February sales across the Asia Pacific region as the coronavirus outbreak drove a sharp decline in domestic and international air passenger numbers.

The company, which gets 8% of its revenue from the region, said overall group revenue in February would fall by between 10 million pounds and 12 million pounds ($13 million to $15.6 million) as a result, with a reduction in operating profit of about 4 million pounds to 5 million pounds.

SSP, which operates restaurants and bars in airports and railway stations, also said it had seen some impact to passenger numbers at its airports in Australia, as well as at major travel hubs in the Middle East and India.

Airlines have suspended thousands of flights in response to the outbreak, and Asia again reported hundreds of new coronavirus cases on Wednesday while the United States warned of an inevitable pandemic and outbreaks in Italy and Iran spread.

Passenger numbers in other Asian markets, including Singapore, Thailand, Taiwan and the Philippines, were between 25% and 30% lower, SSP added.

The company also said it was working with its clients to maintain appropriate service levels in response to the sharp fall in sales and was trying to cut costs, including the temporary closure of units and reduced operating hours.

“Clearly the duration of the COVID-19 virus and its impact on global travel is uncertain at this stage, as are its consequences for our financial performance for the full year,” SSP said.

SSP had warned last year that some of its operations in North America were hit by flight cancellations following the grounding of Boeing’s (N:) 737 MAX aircraft.