Home
Stocks
Travel: Your own bed in economy class? Air New Zealand could be about to revolutionize your travel experience
Prev Article Next Article
This post was originally published on this site 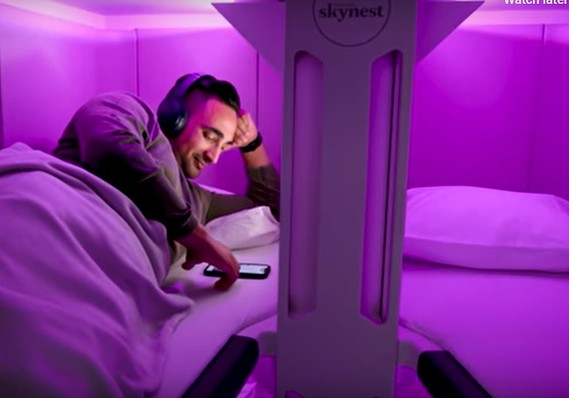 Earlier this month, a fiery debate raged across the internet over a video showing two airline travelers caught up in an awkward confrontation: One reclined while the other relentlessly tapped the back of her seat in protest.

Travelers disagree on who was right in that scenario, but everybody can pretty much agree that air travel could use some serious improvements.

The airline announced this week it’s filed patent applications for “Skynest,” which is basically a pod made for economy class that sleeps six passengers on three levels. Each comes with a pillow, sheets, blankets, ear plugs and a curtain.

The cost has yet to be determined, but it would be in addition to the cost of the regular economy seat on the plane — basically, nap time for long-haul flights. The airline says it will make a decision on whether to go ahead with the Skynest when it launches its Auckland to New York trip next year.