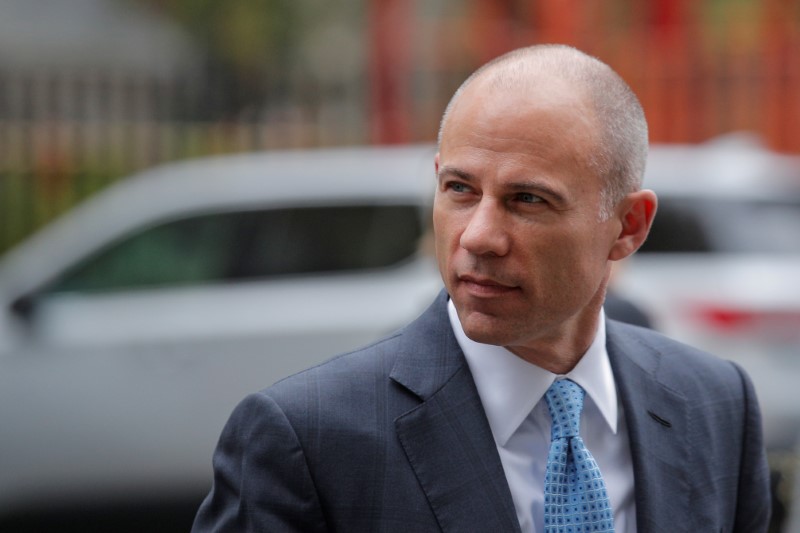 NEW YORK (Reuters) – Michael Avenatti is living in a jail cell that reportedly once housed convicted Mexican drug lord Joaquin “El Chapo” Guzman, making it impossible for the celebrity lawyer to prepare for his upcoming extortion trial, his lawyers said.

In a filing late on Monday night, Avenatti’s lawyers said their client is in solitary confinement under 24-hour lockdown on a floor in the Metropolitan Correctional Center in downtown Manhattan that houses people charged with terrorism offenses.

They also said Avenatti has “great difficulty functioning,” is sleeping with three blankets because the temperature feels like the mid-40s (6-8 degrees Celsius) and faces “special administrative measures” that almost completely block contact with outsiders.

While jail officials have been “professional, respectful and courteous,” Avenatti’s lawyers want him moved to the general population, where he can meet with them and better prepare for trial, which could start next week.

Jail officials did not immediately respond to a request for comment.

The Manhattan jail has long faced criticism for its living conditions.

Guzman and Sayfullo Saipov, who was charged with killing eight people by driving a pickup truck down a Manhattan bike lane in October 2017, are among other MCC inmates to have faced special administrative measures.

The jail is also where the financier Jeffrey Epstein committed suicide last August while awaiting trial on sexual abuse charges.

Avenatti was charged with threatening to publicize accusations that Nike Inc (NYSE:) illegally paid families of college basketball recruits unless the sportswear company paid him $15 million to $25 million to conduct a probe.

Prosecutors also charged him with concealing a settlement offer from his client.

Avenatti has pleaded not guilty. He was jailed last week in California after prosecutors there said he violated bail conditions in a separate criminal case. Avenatti was flown on Friday to Manhattan.