Home
Stocks
Trump promises 100,000 new ‘high-paying’ auto jobs — but are they a sure thing?
Prev Article Next Article
This post was originally published on this site 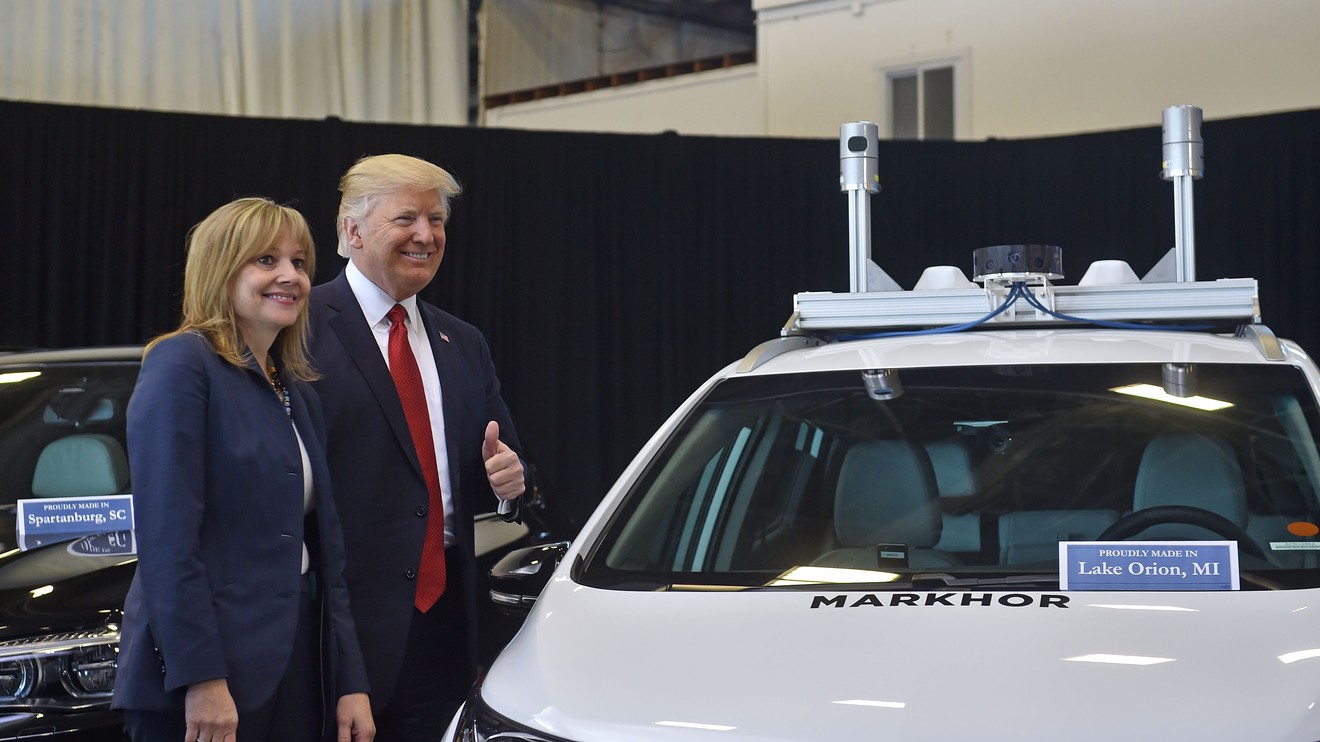 If you’re looking for work, would the auto industry provide job security?

President Trump promised “nearly 100,000 new high-paying American auto jobs” in his State of the Union address Tuesday, a result of the U.S.-Mexico-Canada Agreement (USMCA). He added that the agreement would “boost exports for our farmers, ranchers, and factory workers.”

What’s more, average hourly wages in the auto industry currently hover at $24.20, nearly $3 more an hour than in 2009. However, those wages are below the average hourly wage of $28.32 for the private sector, according to the Bureau of Labor Statistics data.

Democratic Sen. Sherrod Brown of Ohio said Americans should steer clear of the auto industry, or at least for the time being. “When workers are treated right, manufacturing and auto-sector jobs can absolutely provide good-paying, family-supporting jobs,” Brown said in a statement.

“Unfortunately, this president has betrayed workers at every turn. Instead of fighting to save the jobs in Lordstown, [Ohio,] he gave General Motors GM, -2.00%  massive tax breaks to shut down American factories and ship jobs overseas,” he added.

Trump’s claim that the USMCA will create 100,000 jobs may be an exaggeration. A report by the U.S. International Trade Commission estimated USMCA would create 176,000 jobs in the U.S. overall, with 28,000 jobs in the auto sector. The U.S. Trade Representative estimated that the agreement would create 76,000 new auto sector jobs over the next five years, Politico reported. The White House did not respond immediately to a request for comment.

The Tax Cuts and Jobs Act Trump passed in 2017 ensured that American companies with subsidiaries overseas would pay a lower tax rate, 10.5%, on income earned abroad compared with the top domestic corporate tax rate of 21%. This, critics contend, made it more economical for companies like GM to relocate facilities abroad.

To highlight the reality of working in the field, Brown brought a former GM employee to the State of the Union. His guest, Dave Green, worked at the Lordstown plant that shut down last year.

Green moved to Indiana to work at another GM plant, but “at an immense cost to his family and livelihood,” Brown said in a statement ahead of the State of the Union. The Lordstown plant Green worked at closed largely due to weakening demand for sedans produced there.

“Plants get created to make a specific car [and] they shut them down often when consumers stop buying a certain type of car,” said Andrew Challenger, the vice president of Challenger, Gray and Christmas.

The United Auto Workers Union, which represents more than 400,000 workers, said in a report this week that “40% or more” of the workforce is employed by a temporary agency.

“Not only do employers fill many positions that were once good-paying jobs with temps, temporary workers have no voice on the job, don’t benefit from collective bargaining, have few or no rights at work and no job protection,” the report said. Auto workers, it claimed, are faring much worse under the current administration, even in light of USMCA.

“If there’s a savior of the auto industry, it would be [President] Obama,” said Lawrence Mishel, an economist at the progressive Economic Policy Institute, a think tank based in Washington, D.C. “Against the advice of advisers, he made sure [auto] factories didn’t shut down in the financial crisis and he saved many jobs across the Midwest.”

During the financial crisis, GM and Chrysler FCAU, +0.44% both filed for bankruptcy. Their potential demise at that time could have resulted in nearly a million job losses, according to a report published by the Obama administration.

Former President George W. Bush initiated an $80 billion bailout of the auto industry, which Obama supported. Obama credited himself with saving the auto industry in his 2015 State of the Union address: “Our manufacturers have added almost 800,000 new jobs,” he said. “Some of our bedrock sectors, like our auto industry, are booming.”

The bailout saved more than 1.5 million jobs and preserved nearly $285 billion in personal income that would have been lost over two years, according to a 2013 report by the Center for Automotive Research, an independent nonprofit research organization based in Ann Arbor, Mich.

Mishel said that Trump, unlike Obama, hadn’t provided many details on how he plans to boost the auto industry.

“I haven’t seen anything in the Trump agenda that concerns itself with people getting paid well or benefits,” he said. “I believe that rebuilding manufacturing is important but it’s a piece of the agenda, it’s also about making sure that [the jobs] pay well.”