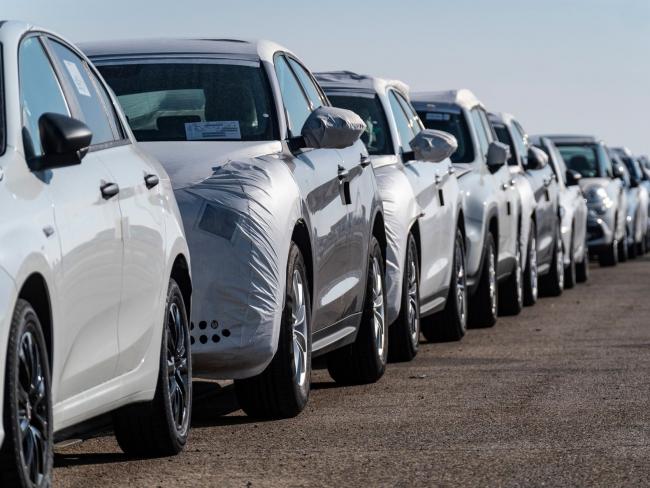 President Donald Trump is gearing up another attempt at trade talks with the European Union and is hopeful the two can reach a “big trade deal,” with the head of the European Commission calling on the sides to draw on their similarities as the process unfolds.

“A deal between ourselves and essentially Europe is something we all want to be able to make,” Trump told reporters Tuesday in Davos, Switzerland, repeating a threat to impose tariffs on imported European cars if trade talks don’t succeed.

Speaking during a meeting with European Commission President Ursula von der Leyen, he said she is known as a “very tough negotiator, which is bad news for us, because we’re going to talk about a big trade deal.”

The meeting comes as President Emmanuel Macron of France and Trump agreed Monday to a truce in their dispute over digital taxes that will mean neither France nor the U.S. will impose punitive tariffs this year.

It also came 18 months after Trump promised to park his auto tariffs after reaching a truce with Von der Leyen’s predecessor, Jean-Claude Juncker, that was supposed to clear the way for negotiations over reducing industrial tariffs. Those negotiations have never gone anywhere largely because Congress has objected to agriculture not being included in the discussions.

Intrigue has also surrounded Trump’s auto-tariffs threat since the administration passed through a deadline for action last year without doing anything. Some senior officials in the White House are known to oppose moving ahead with the duties on vehicles, arguing they would be too economically disruptive.

The nations share “a lot of business contacts, friendship, youth exchange, science, culture since way more than 70 years so the American people and the European people are good friends,” she said. “We have issues to discuss and we will negotiate.”

But the new European Commission that Von der Leyen leads has already taken a more aggressive approach to trade.

The new EU trade commissioner, Phil Hogan, on a visit to Washington last week called Trump’s tariff threats short-sighted electioneering and warned that the EU would fight back if Trump imposed any tariffs.

Trump’s “America First” agenda had helped bring about “a high-pressure crisis moment for the international trading system,” Hogan said in a speech in Washington Jan. 16.

“If we go about this in the right way, working together, the mutual benefits can be very significant,” Hogan told a conference in the U.S. capital on Thursday. “But, if we fail to do so, the damage will be significant, not alone for us both, but for the world.”

Hogan last week also warned that the EU was looking at a deal signed by the U.S. and China on Jan. 15 that foresees an increase in imports of American goods and services by $200 billion over the next two years. The Asian nation’s pledge to boost imports from the U.S. could end up costing the EU about $11 billion next year, according to a study by the Kiel Institute for the World Economy, a German think tank.

Germany and France will be particularly hard hit by trade diversions, according to the study’s authors, Sonali Chowdhry and Gabriel Felbermayr. The largest negative effects for the EU are expected in aircrafts, vehicles, industrial and medical machinery, pharmaceuticals, and other agricultural goods.