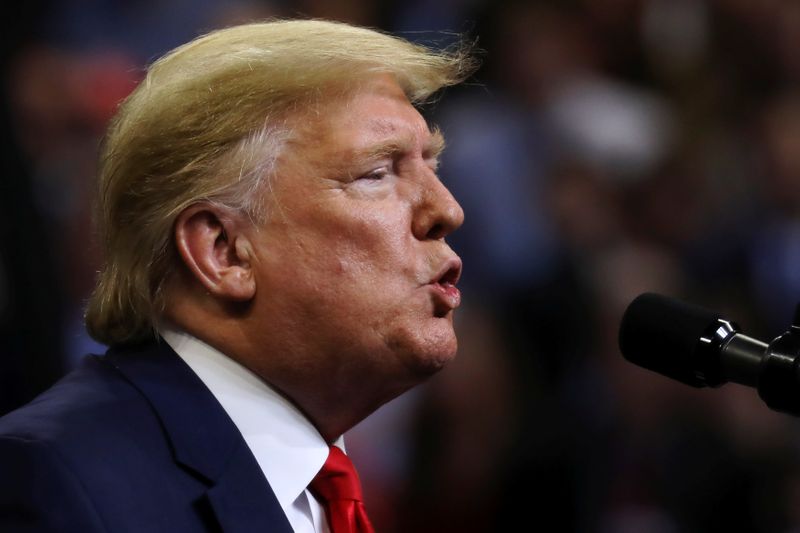 Presidential trade adviser Peter Navarro urged Amazon, Walmart and digital commerce sites to take steps to ensure that the goods they sell are safe and legal.

“If they don’t, DHS will take steps to ensure they do,” he told reporters, referring to the Department of Homeland Security.

Part of the policy was aimed at preventing narcotics, like fentanyl, from entering the United States at a time when the country is fighting widespread opioid addiction, the order said.

As part of the order, the president asked DHS to “consider appropriate measures” to ensure that companies that sell products from overseas do not ship knockoffs, which they have argued can damage the U.S. economy, cost American jobs, support criminal activity and potentially harm consumers.

The president also asked DHS to draw up rules to help identify companies that were suspended from importing into the United States, and sought to evade those suspensions.

Additionally, the order asks DHS to draw up rules to identify companies that have a high rate of contraband among their shipments. Those with high rates may face more onerous inspections, the order said.

“The trafficking of counterfeit and pirated goods is a scourge that causes significant harm to our workers, consumers, intellectual property owners, and economy,” U.S. Trade Representative Robert Lighthizer said in a statement.

Customs and Border Protection, an arm of DHS, seized 27,599 shipments with intellectual property rights violations in the fiscal year ended Sept. 30, 2019. If those products had been genuine, they would have had a combined retail value of over $1.5 billion, the agency said in its annual report on trade and travel.