Home
Market
Trump to break bread with Apple's Cook and other CEOs: sources
Prev Article Next Article
This post was originally published on this sitehttps://i-invdn-com.akamaized.net/trkd-images/LYNXMPEG0L000_L.jpg 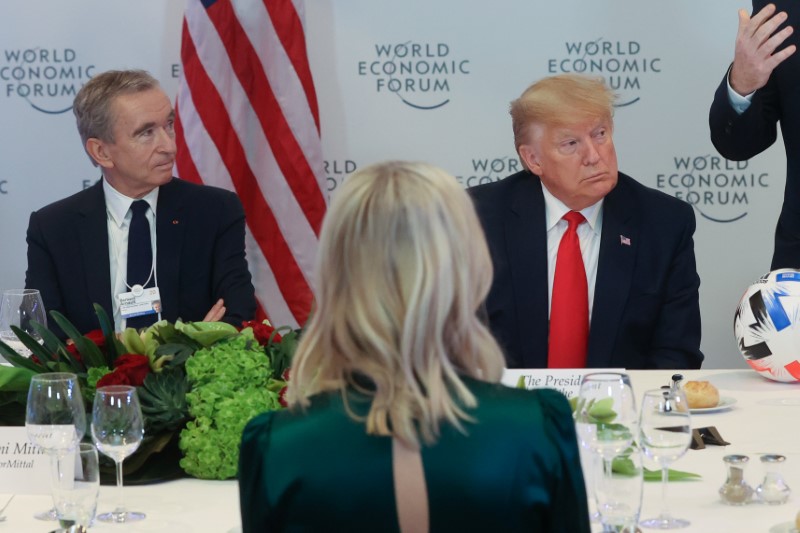 WASHINGTON (Reuters) – U.S. President Donald Trump will attend a breakfast meeting on Wednesday with Apple Inc (O:) Chief Executive Tim Cook and other business leaders on the sidelines of the annual meeting of the World Economic Forum in Davos, Switzerland, according to sources familiar with the situation.

On Tuesday, Trump had dinner with executives from 25 multinational companies and organizations.

Attendees discussed their business relationship with the United States, with several executives, including the chief executives of Nokia (HE:) and Ericsson (ST:), focusing on the rollout of next-generation 5G telecommunications networks in the United States.

The dinner was organized with the help of Trump’s adviser and daughter Ivanka Trump, the source familiar with the situation said. Ivanka Trump and her husband, Jared Kushner, attended the event.