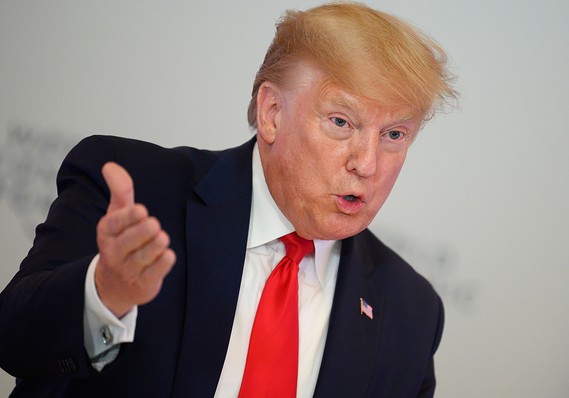 President Donald Trump’s lawyers are scheduled to begin their defense in his impeachment trial in what he called the ‘death valley’ TV time slot.

President Donald Trump complained Friday about the timing of his legal team’s defense in his impeachment trial, saying it will occupy time during TV’s “Death Valley” on Saturday.

As House Democrats were set to begin their final day of arguments in the trial, Trump — a former reality-TV star — tweeted, “looks like my lawyers will be forced to start on Saturday, which is called Death Valley in T.V.”

After having been treated unbelievably unfairly in the House, and then having to endure hour after hour of lies, fraud & deception by Shifty Schiff, Cryin’ Chuck Schumer & their crew, looks like my lawyers will be forced to start on Saturday, which is called Death Valley in T.V.

The House managers, who opened their case against Trump on Wednesday, are expected to finish Friday. Under the Senate-approved rules for the trial, each side was given 24 hours over three days.

While the trial has featured prominently on cable networks including CNN T, -0.34%   and MSNBC CMCSA, -2.32%, it hasn’t been shown as widely elsewhere. The Associated Press reports that ABC DIS, -1.49%, CBS VIAC, -3.24%   and NBC, for example, all stuck with regularly scheduled programs like “Chicago Med,” “Criminal Minds” and “Modern Family” on Wednesday evening, the first night of arguments.