Home
Stocks
Trump Today: Trump says U.S. would be in ‘World War Six’ if he’d listened to Bolton
Prev Article Next Article
This post was originally published on this site 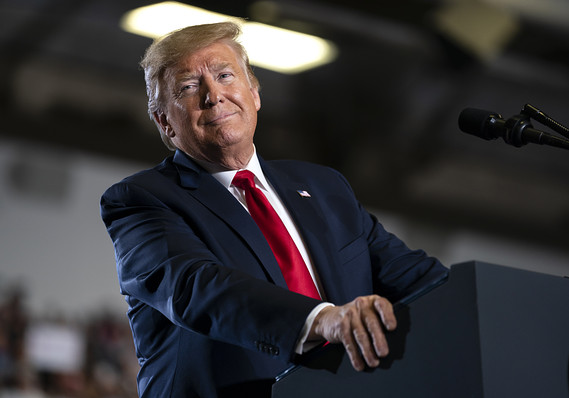 President Donald Trump attacked John Bolton on Wednesday as his impeachment trial in the Senate was set to resume.

President Donald Trump blasted John Bolton on Wednesday, saying the U.S. would be in “World War Six” if he’d listened to the former national security adviser.

With Democrats calling for Bolton to appear under oath in Trump’s impeachment trial, the president attacked his ex-aide in a pair of tweets. Bolton alleges in a forthcoming book that Trump sought to tie aid to Ukraine to an investigation of the Bidens, which the president denies.

Trump calls the book “nasty & untrue” in his tweets. The White House issued a formal threat to Bolton to keep him from publishing it, CNN reported.

….many more mistakes of judgement, gets fired because frankly, if I listened to him, we would be in World War Six by now, and goes out and IMMEDIATELY writes a nasty & untrue book. All Classified National Security. Who would do this?

Late Tuesday, Senate Majority Leader Mitch McConnell conceded Republicans don’t have the votes to block witnesses at the trial. Several Republicans apparently are ready to join Democrats in considering in-person testimony from Bolton and perhaps others, the Associated Press reported. A decision to call more witnesses would require 51 votes to pass.

Trump fired Bolton, who is known for his hawkish foreign policy views, in September, saying he disagreed strongly with many of his suggestions.

Beginning Wednesday afternoon, senators had 16 hours to submit written questions to the House impeachment managers and Trump’s legal team. Though hearing from witnesses would prolong the trial, Trump is expected to ultimately be acquitted. Republicans hold a 53-47 Senate majority, and convicting and removing him would take a two-thirds majority, or 67 senators.

U.S. stock indexes DJIA, +0.44%, which have largely ignored the impeachment drama from Washington, traded higher on Wednesday ahead of an update from the Federal Reserve.