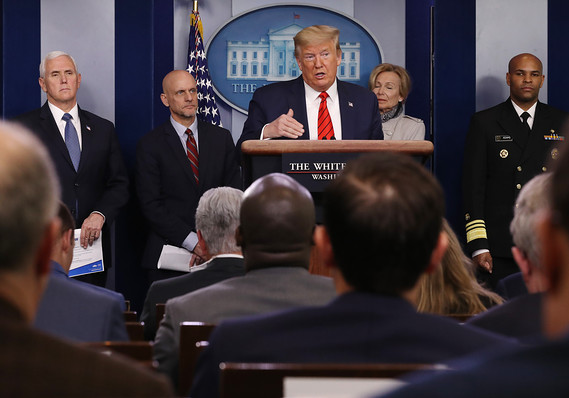 Speaking at the White House, Trump said the Federal Emergency Management Agency would pay for the operations.

The president said supplies including N95 masks and gloves would be deployed to states in the next 48 hours.

“If we don’t get the equipment, we could lose lives that we could otherwise save,” the Democrat said Sunday. “They need these materials now, and only the federal government can make that happen.”

Trump told reporters he’d spoken with the governors of the three states on Sunday and described his conversation with Cuomo as “great.”

Trump spoke as Senate lawmakers were voting to move forward with a $1.8 trillion economic stimulus package.