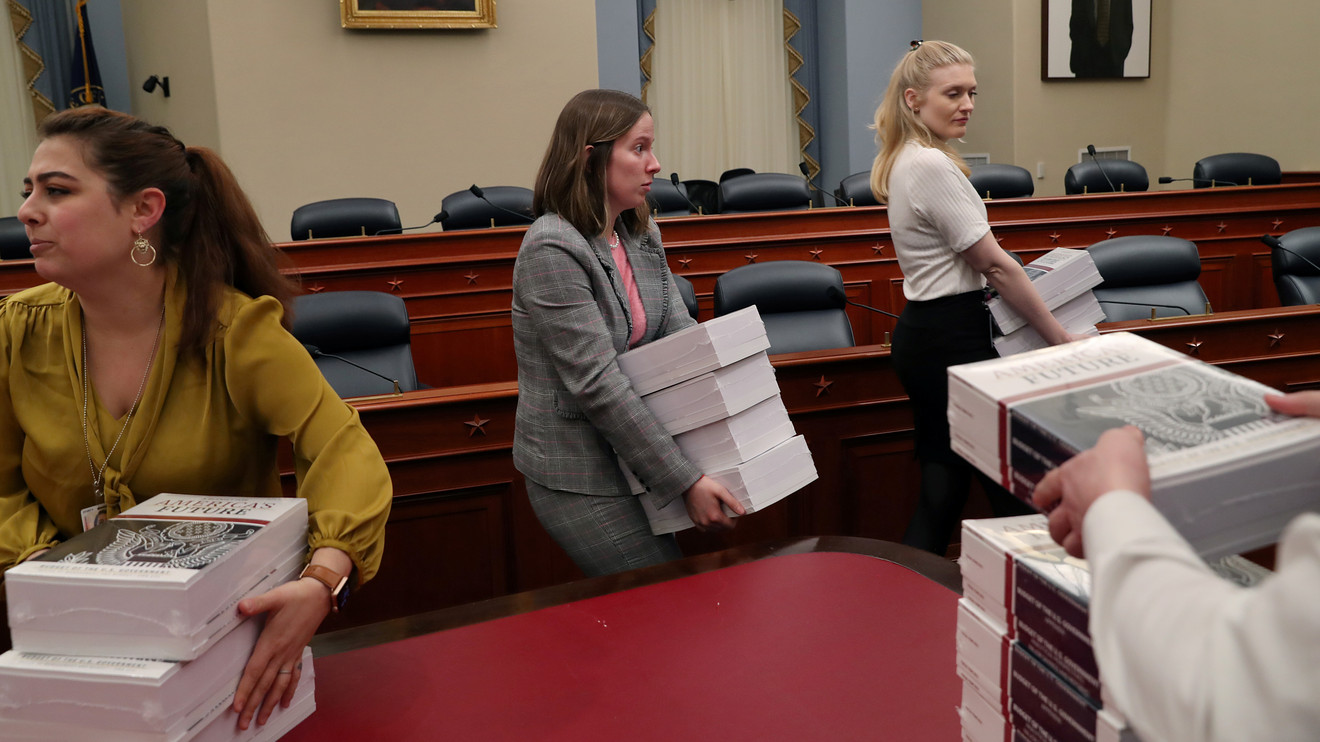 President Donald Trump’s latest budget will make a “big dent” in the federal budget deficit, and put the U.S. on the path toward a balanced budget, says Russell Vought, the White House’s Office of Management and Budget acting director.

“We believe we can make a big dent and get back in the realm of fiscal responsibility,” Vought said Monday in an interview on CNBC.

The Trump plan will focus on “good government reforms” to help balance the budget in 15 years, Vought said.

The Trump budget plan will be released publicly later Monday. Details have started to trickle out.

Vought defended the administration’s forecast of 3% GDP growth over the next 10 years, which some economists have called too rosy.

He said the higher growth rate comes because the budget assumes the enactment of an infrastructure bill and other trade deals.

“We believe 3% [growth] is entirely possible to be able to hit in the next 10 years,” he said.

White House officials have talked recently about the need to cut discretionary spending.

Treasury Secretary Steven Mnuchin has said that the White House only accepted higher spending on domestic programs during his first term so that Congress would agree with White House priorities to boost defense spending.

Mnuchin and other administration officials have also begun to talk about the need for another tax cut during the second term. Vought said that there was $1.4 trillion allocated for a second tax cut.

The Congressional Budget Office warned last month that under current law there will be $1 trillion annual deficit as far as the eye can see. They projected the U.S. national debt would rise to $31.4 trillion by 2020, or 98% of GDP, the highest since the end of World War II.

Democrats were quick to criticize the budget proposal.