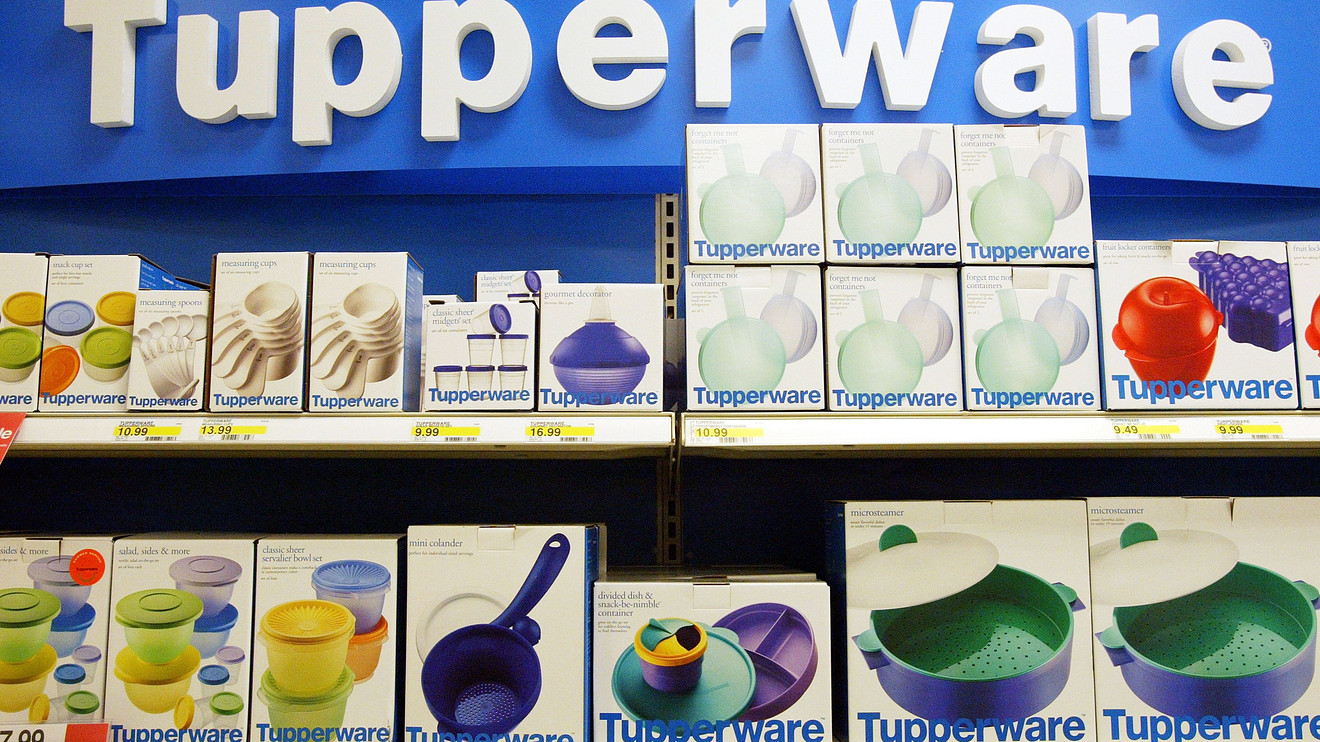 Shares of Tupperware Inc. tumbled to a record low on Tuesday, after the maker of food storage containers, kitchen goods and beauty products said it’s investigating accounting at its Fuller Mexico beauty business and seeking relief from creditors on a covenant on $650 million of debt.

The company, which uses a direct selling model, issued a profit warning for the fourth quarter amid execution challenges in its core markets of Brazil, China the U.S. and Canada along with negative macro-economic trends. It expects adjusted per-share earnings of $1.35 to $1.70, well below the $2.79 FactSet consensus. It has applied for an extension on its annual report filing with the Securities and Exchange Commission to give it time to complete the Mexico probe and determine its tax rate, after changes made to deferred tax assets.

The investigation will focus on the accounting for accounts payable and accrued liabilities at the Fuller Mexico beauty business, “to determine the extent to which these matters may further impact results and to assess and enhance the effectiveness of internal controls at this business.”

The company expects the total pretax impact for 2019 from Mexico impairments to come to about $50 million to $52 million.

“We are working rapidly to address these Fuller Mexico issues in order to finalize our 2019 results. We are also focused on facing the clear headwinds in our core markets and accelerating the pace at which we can achieve meaningful improvement in the business,” said Chris O’Leary, the Company’s Interim CEO. O’Leary was installed in November to replace Tricia Stitzel, who stepped down after the company suspended its dividend.

Tupperware has been struggling for years as its sales force has been shrinking, thanks to the proliferation of other “gig” economy opportunities around the world. The company said it had 2.9 million sellers in its latest update, but that’s down from 3.0 million in its 10-K for 2018 posted in February of 2019. The brand originally become popular in the U.S. in the 1950s with stay-at-home moms, who would gather at special parties to introduce the product line to friends and family.

At the peak of their popularity, such gatherings allowed the company to build a vast network of distributors. In more recent years, the brand has proved popular in countries like Indonesia, where women have limited earnings opportunities, but often gather to eat and drink.

Don’t miss: You won’t believe what Tupperware says is a key challenge

But like many direct sellers, Tupperware has been hurt by changing consumer tastes, competition from e-commerce sites and geopolitical pressures in markets like Brazil and Mexico. The company has diversified away from its original food container business to include cookware, knives, microwave products, microfiber textiles, water-filtration related items, and different brands of personal care products.

The company is waiting to complete the documentation on a request for relief from creditors relating to its leverage ratio covenant in a $650 million credit agreement dated March 29 of last year, to avoid a potential acceleration of the debt that could have a material adverse impact. In return, it will provide additional collateral and subsidiary guarantees.