Home
Market
Twitter's Shunning of Trump Weighs on Shares
Prev Article Next Article
This post was originally published on this sitehttps://i-invdn-com.akamaized.net/news/LYNXMPED2E102_M.jpg 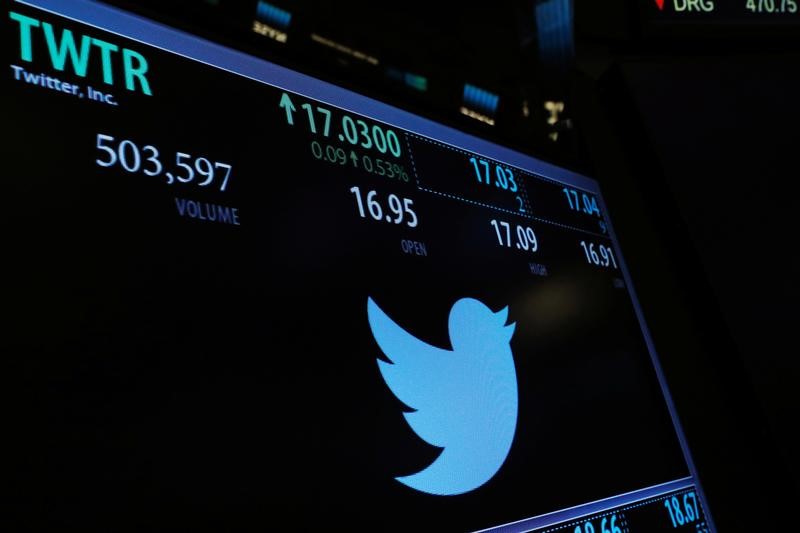 Investing.com — It appears Twitter’s only relevant with Donald Trump on the app. Shares tumbled 7.5% after the social media company banned the outgoing U.S. president.

On Friday, Twitter said it permanently banned Trump from its service “due to the risk of further incitement of violence,” cutting him off from his greatest megaphone, the New York Times reported. Twitter said in a blog post that Mr. Trump’s personal @realDonaldTrump account, with more than 88 million followers, would be shut down immediately.

“Trump has a very high and loyal following and a lot of those eyeballs will go away if Trump is permanently restricted from posting,” said Andrea Cicione, head of strategy at brokerage TS Lombard, according to Reuters.

The company is set to report its first quarterly sales above $1 billion when it publishes results next month, according to data compiled by Investing.com. Shares of Twitter Inc (NYSE:TWTR)are up about 160% since Trump was elected in 2016.

Facebook (NASDAQ:FB) issued a similar ban following the violence at the Capitol on Jan. 6. It is the first time the company banned a head of state and was accompanied by the suspension of accounts belonging to vitriolic Trump fans, Reuters reported.

“The fact that a CEO can pull the plug on POTUS’s loudspeaker without any checks and balances is perplexing,” European Union Commissioner Thierry Breton wrote in a column for Politico. “It is not only confirmation of the power of these platforms, but it also displays deep weaknesses in the way our society is organized in the digital space.”