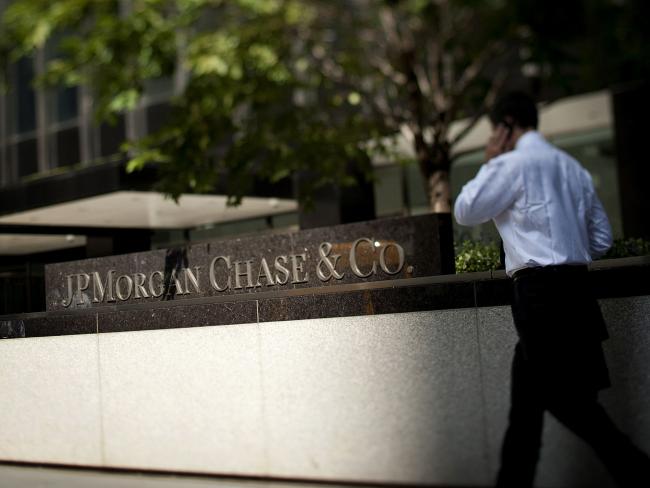 (Bloomberg) — Shares of the biggest U.S. banks, including JPMorgan Chase (NYSE:) & Co., Bank of America Corp (NYSE:). and Citigroup Inc (NYSE:)., kept tumbling on Friday morning as yields plummeted to record lows, spurred by concern about the rippling impact of the new coronavirus.

With 10-year Treasury yields down about 25 basis points to 0.662%, industry profits are “on sick leave,” Wells Fargo (NYSE:) analyst Mike Mayo said in a phone interview. At the same time, bank balance sheets are still strong, and “the foundation remains for growth once the virus period passes.”

The KBW Bank Index fell as much as 5% to the lowest since the end of 2018 in early trading; the index is down 25% so far this year versus a 9% decline for the S&P 500. BofA slid as much as 6.3% and Citigroup shed 5.8%. JPMorgan sank as much as 7.9% after Chief Executive Officer Jamie Dimon was sidelined by emergency heart surgery.

Dimon’s surgery doesn’t change KBW’s view on shares, analyst Brian Kleinhanzl wrote in a note, as the bank has a “deep management bench” and appointing Daniel Pinto and Gordon Smith co-chief operating officers set the firm up for “transitional times like this.” Even so, Kleinhanzl said Dimon is “often viewed as a steady hand for the banking industry during turbulent times (like we are in now), so not having him at the helm of JPMorgan is a modest negative.”

Regional banks declined as well, with the KBW Regional Banking Index down as much as 3.5% to the lowest since August 2016.

Analysts at Piper Sandler and SunTrust cut ratings and price targets across the sector, with Suntrust’s Jennifer Demba downgrading asset-sensitive Cullen/Frost Bankers Inc. and First Midwest Bancorp Inc. to hold from buy. Cullen Frost also has a larger concentration of exploration and production loans in its portfolio, about 9% of loans, than peers, while crude prices have fallen, she added. Cullen/Frost lost as much as 4.3%; First Midwest dropped 7.1%.

Collapsing bank shares were among the key issues weighing on broader investor sentiment, along with coronavirus worries, earnings concerns and elections politics, Vital Knowledge’s Adam Crisafulli wrote in a note. “Bond prices are surging globally, destroying bank stocks in the process,” he said. “It’s very hard for anyone to comfortably buy the S&P 500 when the KBW Bank Index falls about 6% and hits 52 week lows.”