Home
Market
U.S. companies criticized for cutting jobs rather than investor payouts
Prev Article Next Article
This post was originally published on this sitehttps://i-invdn-com.akamaized.net/trkd-images/LYNXMPEG371HT_L.jpg 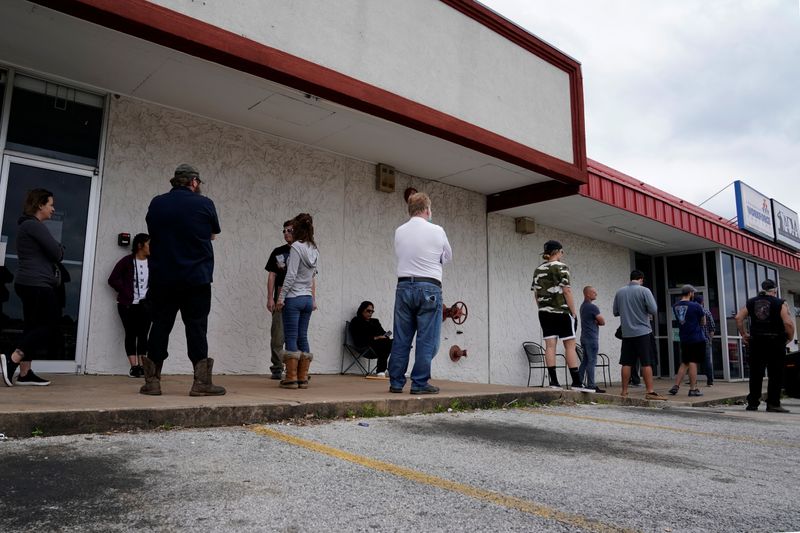 While most U.S. companies are scaling back payouts after a decade in which the amount of money paid to investors through buybacks and dividends more than tripled, some are maintaining their policies despite the economic pain.

“This is the time for large companies to try to help, for systemic reasons, to keep things flowing,” said Ken Bertsch, executive director of the Council of Institutional Investors. The council’s members include public pension funds and endowments that manage assets worth about $4 trillion.

Royal Caribbean, which has halted its cruises in response to the pandemic and borrowed to boost its liquidity to more than $3.6 billion, said it began laying off contract workers in mid-March, though the moves did not affect its full-time employees.

The company has not suspended its remaining $600 million share buyback program, which expires in May, or its dividend, which totaled $602 million last year and is set quarterly.

“We continue to take decisive actions to protect (our) financial and liquidity positions,” Royal Caribbean spokesman Jonathon Fishman said. He declined to comment specifically on the layoffs or shareholder payouts.

While Royal Caribbean’s rival Carnival (NYSE:CCL) Corp has also laid off contract workers, it has suspended dividends and buybacks as it raised more than $6 billion in capital markets to weather the coronavirus storm.

Goldman Sachs (NYSE:GS) analysts forecast this week that S&P 500 companies would cut dividends in 2020 by an average of 50% because of the fallout from the coronavirus pandemic.

While there has been criticism of companies maintaining investor payouts, only those receiving financial support from the U.S. government under a $2.3 trillion stimulus package are obliged to suspend share buybacks.

Layoffs contributed to U.S. unemployment skyrocketing last month. Jobless claims topped 6.6 million in the week ended March 28 – double the record set the prior week and far above the previous record of 695,000 set in 1982.

Companies say job cuts are necessary to offset a plunge in revenue but their critics say they should consider turning off the spigots to shareholders before letting employees go.

“If companies are paying dividends and doing buybacks, they do not have to lay off workers,” said William Lazonick, a corporate governance expert at the University of Massachusetts.

Workers at franchised McDonald’s restaurants say they are getting fewer shifts since dining areas were closed in March, leaving only carry-out and drive-through services open.

Alma Ceballos, 31, who has worked at a franchised McDonald’s near San Francisco for 14 years, said she could not pay her rent after her schedule was cut to 16 hours from 40 and her husband, a janitor at Apple Inc (NASDAQ:AAPL)’s Cupertino, California, campus was laid off.

McDonald’s, which has suspended buybacks but maintained its annual dividend, worth $3.6 billion in 2019, told Reuters its staffing and opening hours were not related to “making a choice between employees and dividends”.

About 95% of its U.S. restaurants are run by franchisees who decide staffing. McDonald’s said it was offering rent deferrals and other help to keep franchises open and employing workers.

“McDonald’s could commit to 30 days of income for all workers,” Mary Kay Henry, president of the labor union SEIU which has 2 million members, said in an interview with Reuters. “Corporations need to pay their fair share here.”

General Motors has halted normal production in North America and temporarily reduced cash pay for salaried workers by 20%. It paid its first-quarter dividend on March 20 and has a month before declaring its next dividend, a spokeswoman said, adding that GM would assess economic conditions before deciding.

“Our focus in the near term is to protect the health of our employees and customers, ensure we have ample liquidity for a very wide range of scenarios, and implement austerity measures to preserve cash,” spokeswoman Lauren Langille said.

Oilfield services firm Halliburton furloughed about 3,500 workers in its Houston office starting on March 23, according to a letter sent to the Texas Workforce Commission obtained by Reuters. It has also cut 350 positions in Oklahoma.

Halliburton cited disruption from the coronavirus as well as plunging oil prices as the reason for the furlough. In March, it paid its first-quarter dividend to shareholders as planned.

Some of the companies laying off workers while still paying out shareholders, such as General Motors, signed an initiative last year from the Business Roundtable, a group of chief executives, pledging to make business decisions in the interest of employees and other stakeholders, not just shareholders.

Large asset managers such as BlackRock (NYSE:BLK) and Vanguard have cited managing “human capital” as a priority for companies in which they invest. Yet they have been reluctant to publicly press companies to avoid layoffs during the crisis.

Vanguard told Reuters it “recognizes the need for companies to exercise judgment and flexibility as they balance short- and long-term business considerations”.

BlackRock did not respond with a statement when contacted for comment.

“Profits should be shared with the workers who actually create them,” U.S. Senator Tammy Baldwin, a long-standing critic of share buybacks, told Reuters in an email.

“It’s just wrong for big corporations to reward the wealthy or top executives with more stock buybacks, while closing facilities and laying off workers.”