Home
Market
U.S., Europe could team up on 5G, but not if trade war under way: German lawmaker
Prev Article Next Article
This post was originally published on this sitehttps://i-invdn-com.akamaized.net/trkd-images/LYNXNPEG17062_L.jpg 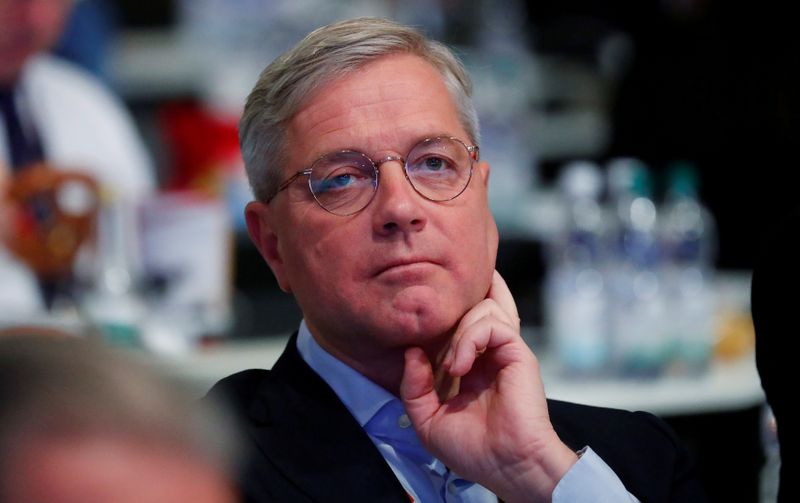 WASHINGTON (Reuters) – The United States and the European Union could team up to counter the dominance of China’s Huawei Technologies in next-generation 5G telecoms technology, but not if Washington continues to threaten tariffs against Brussels, a senior German conservative lawmaker said late on Friday.

Norbert Roettgen, a member of German Chancellor Angela Merkel’s Christian Democrats, said he told U.S. officials during a visit to Washington that he saw opportunities for greater transatlantic cooperation on 5G that would benefit both sides.

“But … it must be clear that cannot happen if there is simultaneously the threat of trade war on the table,” said Roettgen, who heads the foreign affairs committee of Germany’s lower house of parliament, speaking after meetings with State Department and White House officials.

After reaching a Phase 1 trade deal with China, and securing the passage of a new North American trade pact in Congress, U.S. President Donald Trump has set his sights on Europe and what he views as its unfair barriers for U.S. companies.

Trump has threatened to slap 25% tariffs on European car imports, a move Brussels says it would counter with tariffs of its own. The two blocs are also at odds over digital services taxes, aircraft subsidies, and Huawei .

The United States says gear provided by Huawei, the leading telecoms equipment vendor with a global market share of 28%, contains “back doors” that would enable China to spy on other countries, a claim Huawei vigorously denies.

Roettgen told reporters he did not expect Trump to follow through on the car tariff threat until after the November presidential election, but said the situation was unpredictable.

He said Trump’s rhetoric had become increasingly polarizing, but the historic allies shared security concerns about China and could work together to expand Europe’s alternatives to Huawei’s dominance of the 5G market.

The EU last week said members should decide for themselves what part Huawei can play in their 5G networks, resisting pressure from Washington for an outright ban.

Roettgen sees growing support for taking a tougher line by requiring firms that roll out a 5G network to be free of political influence in their home country, a move clearly aimed at Huawei.