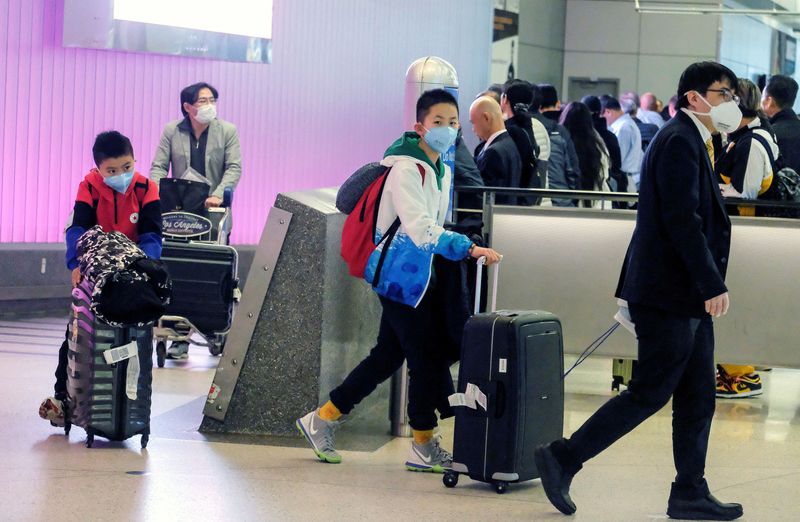 WASHINGTON (Reuters) – The U.S. Department of Homeland Security (DHS) issued rules on Sunday to implement new restrictions on Americans who have recently visited China to address the threat of the coronavirus.

Airline officials said Sunday the new rules will mean they must now ask all U.S.-bound passengers if they have visited mainland China. Airlines are expected to scrutinize passports of travelers, and warned the new rules could require passengers to arrive even earlier for U.S.-bound flights.

American Airlines (NASDAQ:) Inc said Sunday it encouraged U.S.-bound passengers “to arrive at the airport three hours early as we expect this additional screening will lengthen the normal check-in process.”

The United States said Friday that for flights departing after 5 p.m. EST Sunday, it will bar entry to nearly all foreign visitors who have been in China within the last two weeks.

Three more airports – Newark, Dallas/Fort Worth and Detroit – would be added on Monday, DHS announced on Sunday.

The new rules do not impact cargo-only flights, DHS said.

American Airlines temporarily halted all flights to mainland China on Friday, while Delta Air Lines (NYSE:) said Sunday its last flight had departed China before it planned resumption of flights in May. United Airlines is scheduled to continue China flights through Wednesday before halting flights through March 27.

Many other nations are imposing similar restrictions.

Airlines must ensure foreign visitors arriving in the United States have not visited China within the last two weeks and Americans who traveled within the last 14 days to China are flying to one of the seven designated airports.

Airlines said they are working to ease the burden on gate agents by also including questions about China travel online and at check-in lobbies, and adding new signs.

A spokeswoman for a group representing U.S. airlines said Sunday “carriers will continue to comply with all government rules and regulations.”

DHS warned that “travelers without a nexus to China” may also be routed through one of the screening airports if it is discovered mid-flight that someone else on their flight has been in China in the last 14 days.

For Americans who recently traveled to China – but outside Hubei – if they show no symptoms after a screening “they will be re-booked to their destination and asked to ‘self-quarantine’ at their homes.”

DHS said Sunday none of restrictions impact flights or visitors from Hong Kong or Macau.