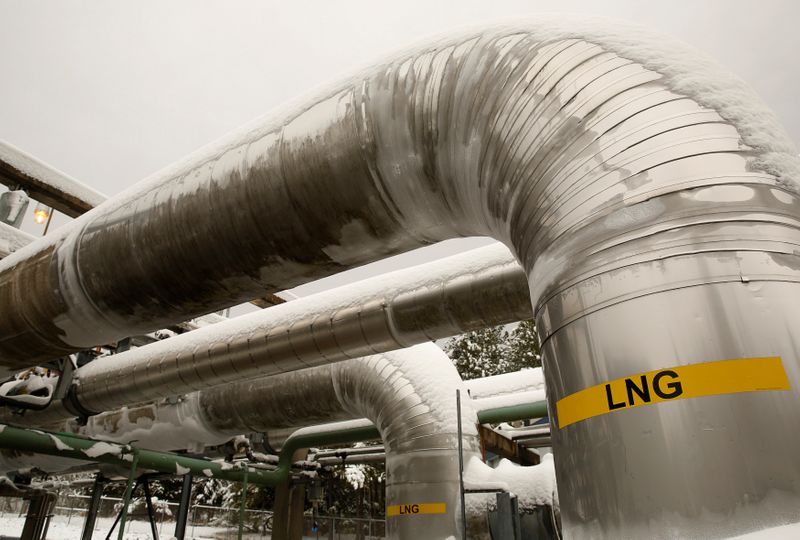 HOUSTON (Reuters) – China has restarted talks with U.S. liquefied marketers to buy more LNG, several industry executives told Reuters, but they are worried that any purchases may come too late to keep natural gas prices from falling further due to a glut of global supply.

China pledged this month to buy an additional $18.5 billion in U.S. energy products this year, but the U.S.-China trade agreement left tariffs in place, including a 25% levy on LNG imports that puts U.S. LNG at a disadvantage, producers said.

“The U.S. doesn’t have a margin that would allow any country to charge 25%” above global prices, said Michael Smith, chief executive of Freeport LNG, referring to the tariff. Until that tax is removed, “it’s a non-starter,” he said.

Exports of liquefied natural gas are the fastest growing source of U.S. gas consumption, more than doubling since 2017 largely on Asian demand. Prices have tumbled due to rising global supply, and the glut is expected to grow. This situation will pressure LNG producers to cut output, and adding to hurdles for developers looking to finance multibillion-dollar projects.

The Phase 1 accord between the United States and China has a two-year term, making it harder for buyers and sellers to enter long-term agreements, executives said. Phase 1 should be viewed as a “ceasefire” as opposed to an accord, said Jason Feer, head of business intelligence at LNG shipbroker and consultancy Poten & Partners.

LNG buyers in China will avoid long-term U.S. deals as long as there is a chance that the Phase 1 accord lapses without a real end to the trade dispute, he said. They risk having to sell off U.S. purchases or absorb the hefty tariff if the current deal expires without a replacement.

Near-full LNG stocks recently sent fuel prices to a near decade low: $3.43 per million British Thermal Units (BTUs) in Asia and $4 per million BTUs in Europe. U.S. capacity has increased about 22 million tonnes per annum (MTPA) since the start of 2019, and another 17.2 MTPA is projected in 2020.

Chinese state oil firm Sinopec was near an agreement with top U.S. exporter Cheniere Energy Inc (A:) when the trade dispute erupted. If Sinopec agrees to terms on a long-term purchase, it could signal new agreements are possible, Smith said. Cheniere and Sinopec are revisiting supply terms in the wake of the Phase 1 deal.

Dozens of new LNG processing units are planned for the United States, with a capacity that would have exceeded 2018’s worldwide consumption. Many of those projects are unlikely to be built, analysts say.

Currently operating U.S. plants are still boosting capacity. Freeport expects to have 1.5 MTPA in unreserved capacity this summer and up to 3 MTPA by fall, Smith said. It has marketers ready to sell the new supply.

Rival Kinder Morgan Inc (NYSE:) is starting seven additional processing units that would bring its capacity to 2.5 MTPA this year. It began first exports in December.

However, David Lang, a partner at law firm King & Spalding LLC who represents U.S. LNG producers, described the resumption of talks broadly as in early stages.

“Working up a real discussion will take some time,” he said.