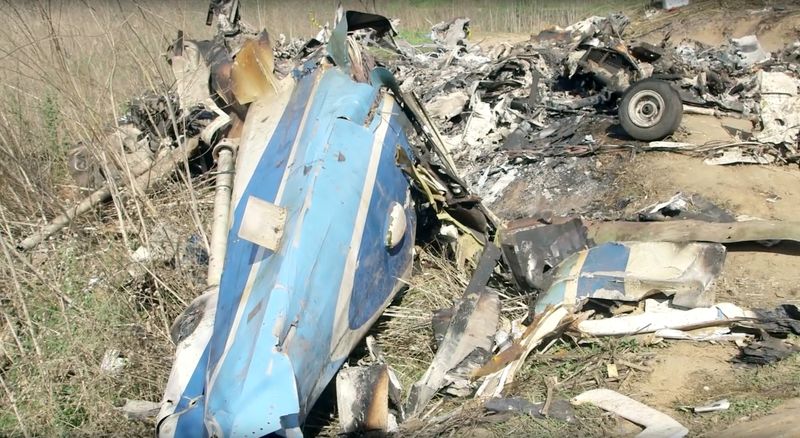 LOS ANGELES (Reuters) – U.S. Senator Dianne Feinstein on Wednesday urged the Federal Aviation Administration to require terrain warning systems in commercial helicopters, technology that investigators say was not in use in the crash that killed basketball star Kobe Bryant and eight others last month.

Bryant, 41, his 13-year-old daughter Gianna and seven other people died when a twin-engine Sikorsky S-76B helicopter slammed into a hillside outside Los Angeles in heavy fog on January 26.

National Transportation Safety Board investigators have said the chopper was not equipped with a terrain awareness warning system, which could have alerted the pilot that the aircraft was dangerously close to the ground.

The NTSB has recommended in the past that the FAA require such equipment on helicopters, along with “black box” flight data recorders, the agency’s Jennifer Homendy said during a visit to the crash site on January 28.

“In order to ensure such a tragedy never happens again, I ask that the FAA commence a rulemaking process to require all commercial helicopters operating in the U.S. to have terrain awareness and warning systems,” Feinstein said in a statement issued by her office.

The FAA said only that it would respond to Feinstein “in an appropriate time frame.” The agency currently requires terrain warning systems, or TAWS, only for helicopter air ambulance operations.

The NTSB’s Homendy stopped short of suggesting that such equipment could have averted the fatal crash but said it could have made it easier for investigators to piece together what had gone wrong that morning.

“Initial reports indicate the helicopter was neither equipped with, nor required to have, terrain awareness technology,” Feinstein said. “This is concerning, since the NTSB previously issued Safety Recommendation A-6-19 in 2006 that recommend that the FAA require all helicopters that carry six or more passengers to have this technology.”Bryant, who retired from the National Basketball Association in 2016 after 20 years with the Los Angeles Lakers, was on his way to a youth sports academy with his daughter when the helicopter slammed into the ground in Calabasas, California.

Audio recordings of air traffic control revealed the pilot requested flight following, a type of constant monitoring, due to concerns about visibility, but controllers said he was flying too low to be tracked.