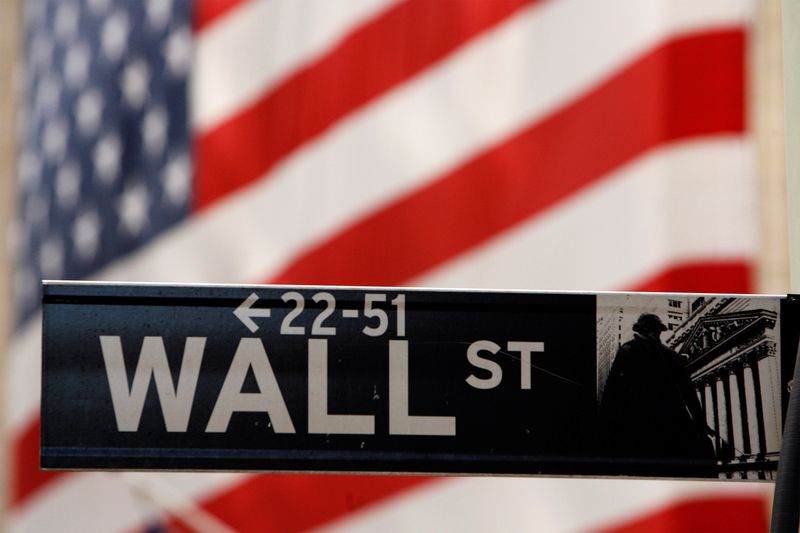 NEW YORK (Reuters) – Investors targeting declines in U.S. stocks saw sizeable gains during last week’s sell-off, as markets plunged on concerns that the spread of the coronavirus was accelerating beyond China.

Short sellers – who hope to profit by selling borrowed shares and buying them back later at a lower price – logged a one-week paper profit of $104.77 billion in the last week of February, according to data from financial technology and analytics firm S3 Partners measuring bets against U.S.-listed stocks and American Depositary Receipts. That compares with $3.25 billion in paper profits in the prior week.

That upside came during a week marked by furious selling of everything from stocks to a broad range of currencies and eventually, some popular safe-haven assets like gold. All three major U.S. indexes registered their largest weekly declines since 2008, with the S&P 500 () falling 11.5%.

The tumble in stocks has marked a long-awaited reversal for bearish investors, many of whom had seen their portfolios bruised by the market’ relentless march higher last year, when the S&P gained 29%. The S&P was up 2.7% on Monday.

Though few, if any, could have named the coronavirus as a major threat to markets going into 2020, short sellers have long railed against stock valuations they perceived as being out of line with fundamentals and other excesses that have cropped up during the more than decade-long bull market.

“The run-up in the last fall was ridiculous. And there was a lot of cheerleading going on,” said Brad Lamensdorf, a portfolio manager at Ranger Alternative Management.

His fund’s short position has dropped to about 85% after Lamensdorf took profits on various bets against stocks, from being short 99% of his portfolio going into the year, he said.

The week’s declines afforded Andrew Left of Citron Capital the opportunity to profitably close a long-held bet against online retailer Wayfair (N:) on Friday. It was a position he had maintained for four years.

The sell-off has also helped Left profit from a bet against Tesla Inc’s (O:) shares. The electric car company’s shares, which had more than doubled in price this year through Feb 21, fell 26% last week.

Yet the markets have not entirely spared Left’s portfolio, which also includes long positions, or bets on certain stocks to move higher.

The market tumble is also likely to be a boon for “black swan” funds – hedge funds that position themselves for big market dislocations sparked by unforeseen events.

“Risk management is not about timing, it is about contingency planning. Our clients were extremely well prepared,” Mark Spitznagel, the founder of Universa Investments, said in a statement.

Among its strategies, the firm uses far out-of-the-money “put” options on individual stocks and broader markets, designed to explode in value when markets experience a sharp fall.

The window for short-selling gains may be a small one. Historically, big market drops have more often been brief, violent events that have been followed by rebounds.

The S&P 500 has notched weekly declines of 10% or more only 14 times in its history, and those drops have been followed by an average weekly gain of 3.5%, data from Bespoke Investment showed.

It is a fact that’s not lost on short sellers like Lamensdorf.

“We’re getting a little cash as this thing gets overdone because when the bounce comes, it’s pretty brutal for a short seller,” he said.