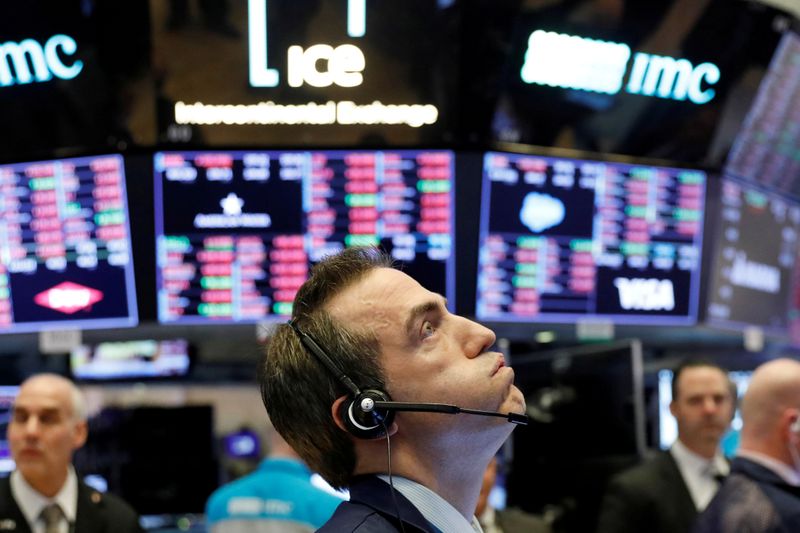 NEW YORK (Reuters) – The U.S. stock market is likely to rack up solid gains this year, but it’s vulnerable to a correction if the effect of the coronavirus outbreak worsens or the U.S. presidential race rattles investors, according to strategists in a Reuters poll.

Many of the targets were taken before a dramatic tumble in world stocks early this week. A surge in coronavirus cases outside China and worries of a potential pandemic drove major U.S. stocks indexes down and left both the S&P 500 and Dow Jones Industrial Average in the red for the year.

The latest forecast for the S&P 500 is up from November, when strategists last surveyed by Reuters predicted the index would reach 3,260 by the end of the year. Professional investors’ targets about stock market performance often miss the mark, but they are useful as an indication of market sentiment.

Worries have been mounting about the effect of the virus on the global economy and on earnings, especially after market heavyweight Apple (O:) last week said it would fall short of its quarterly sales target because of slower iPhone production and weaker demand in China.

Not all poll participants see a significant market correction this year, but many of those who expect one see the coronavirus’s impact as the most likely trigger.

Investors have been worried about valuations following recent record highs in the market. The S&P 500 index is trading at 19 times forward earnings, well above the long-term average of roughly 15 times, according to IBES data from Refinitiv.

“We’re at the upper end of valuations, and it will require material earnings growth to push us higher,” said Oliver Pursche, chief market strategist at Bruderman Asset Management in New York.

“That earnings growth is only likely to materialize if there’s decent economic growth. And right now economic data does not point to a strengthening economy.”

After a lackluster year of profit growth in 2019, some investors have been hoping corporate earnings this year will be strong enough to support further market gains. Analysts are estimating profit growth of 7.8% for S&P 500 companies in 2020, based on Refinitiv’s data.

Many strategists take comfort in the view interest rates are low and the chances of the United States entering an economic recession this year also remain low.

“The risk of a recession right now is very well-contained, so unless something breaks down on the economic front or the coronavirus issue becomes more problematic than the market is currently discounting or something like that, then there’s no reason to believe the market is not going to continue to grind higher,” said Jonathan Golub, chief U.S. equity strategist at Credit Suisse (SIX:) Securities in New York. He sees the S&P 500 ending the year at 3,600.

As concerns over the spreading coronavirus outbreak hammer U.S. stocks, investors are also in the early stages of gauging another potential risk to the market later this year: the U.S. presidential election.

So far, the market impact has mostly shown up in healthcare shares. Insurers fell on Monday as Democrat Bernie Sanders, a U.S. senator whose agenda includes a national “Medicare for All” health plan, scored a recent win in the Nevada caucuses.