Home
Market
U.S. trade rep Lighthizer to meet British counterpart as allies gear up for talks
Prev Article Next Article
This post was originally published on this sitehttps://i-invdn-com.akamaized.net/trkd-images/LYNXMPEG1O1PZ_L.jpg 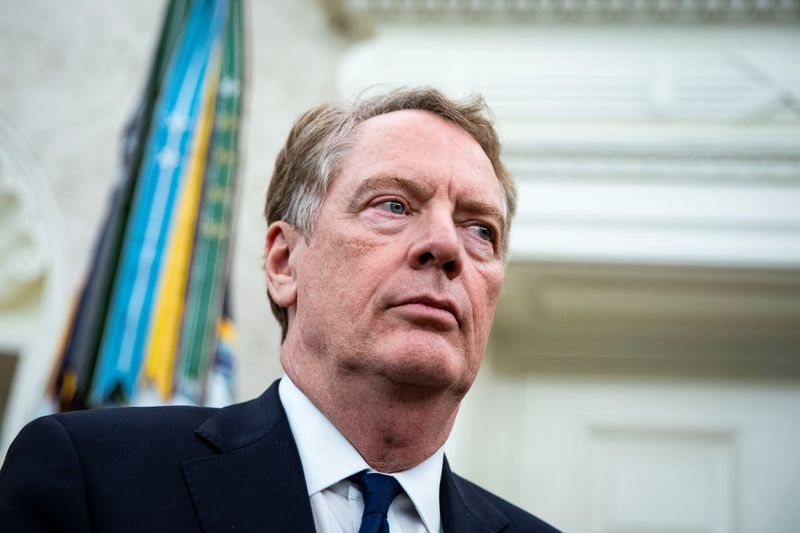 Lighthizer’s trip to Britain will also include a speaking engagement https://www.oxford-union.org/node/2119 at the Oxford Union on March 2. His meeting with Truss was confirmed by a spokeswoman at the British embassy in Washington. A USTR spokesman did not respond to a query about Lighthizer’s British itinerary.

Truss has said that Britain would seek far-reaching reductions in U.S. tariffs in trade talks that would run alongside negotiations over its future relationship with the European Union.

Some U.S. officials, including Treasury Secretary Steven Mnuchin, have said that a bilateral trade deal with Britain is the top U.S. trade priority now that China and the United States are implementing a ‘Phase 1’ trade pact and the U.S. Congress has approved the new U.S.-Mexico-Canada Agreement covering $1.2 trillion in North American trade.

While officials on both sides are hoping for an agreement before the U.S. presidential election in November, the talks will be taking place as the United States negotiates separately with the EU on trade.

Looming over the UK negotiations will be U.S. President Donald Trump’s threat to impose 25% tariffs on imported cars, which would hit British-made Jaguars, Land Rovers (NS:), Minis (DE:) and other makes.

The United States is expected to face fierce resistance in Britain to U.S.-grown genetically modified crops and meat treated with hormones and antibacterial washes.