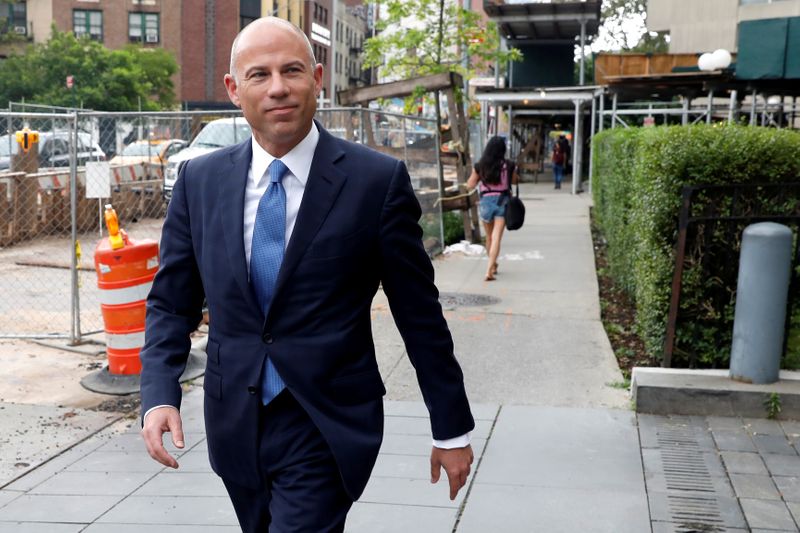 NEW YORK (Reuters) – Lawyers in the extortion case of Michael Avenatti are expected on Monday to begin choosing jurors who will decide the fate of the celebrity lawyer and prominent critic of U.S. President Donald Trump.

Avenatti, 48, is charged with threatening to publicize accusations that Nike Inc (N:) illegally paid families of college basketball recruits unless the sportswear company paid him and another lawyer $15 million to $25 million to conduct an internal probe.

He is also charged with defrauding his client Gary Franklin, who coached in the Nike Elite Youth Basketball League, by concealing a settlement offer made by Nike, and using the coach’s accusations to extract riches for himself.

Avenatti has pleaded not guilty. He could face more than 40 years in prison if convicted.

Prospective jurors will fill out questionnaires on Monday and be questioned by lawyers on Tuesday.

The charges announced last March, and separate criminal charges against Avenatti announced the same day by prosecutors in California, brought a sudden halt to Avenatti’s roughly year-long ascendance from obscurity to a self-described “high-profile nemesis” of Trump.

Much of that stemmed from his representation of adult film actress Stormy Daniels in lawsuits against the president.

Daniels, whose real name is Stephanie Clifford, received hush money before the 2016 election not to reveal her alleged sexual encounter with Trump, which he denies occurred.

Avenatti has said his tactics helped the government win a guilty plea from Michael Cohen, once Trump’s personal lawyer and fixer, for campaign finance violations.

Jurors will be drawn from the Democratic strongholds of Manhattan and the Bronx.

Prosecutors do not want frequent mentions of the Republican president to politicize the trial, though Gardephe has acknowledged that Trump and Daniels will be mentioned.

Prosecutors in Manhattan have said Avenatti defrauded Daniels out of proceeds from a book contract, while prosecutors in California said he defrauded other clients and lied to the Internal Revenue Service and a bankruptcy court.

He has pleaded not guilty in both cases.

Avenatti was jailed and put in solitary confinement following his Jan. 14 arrest for an alleged bail violation in the California case.