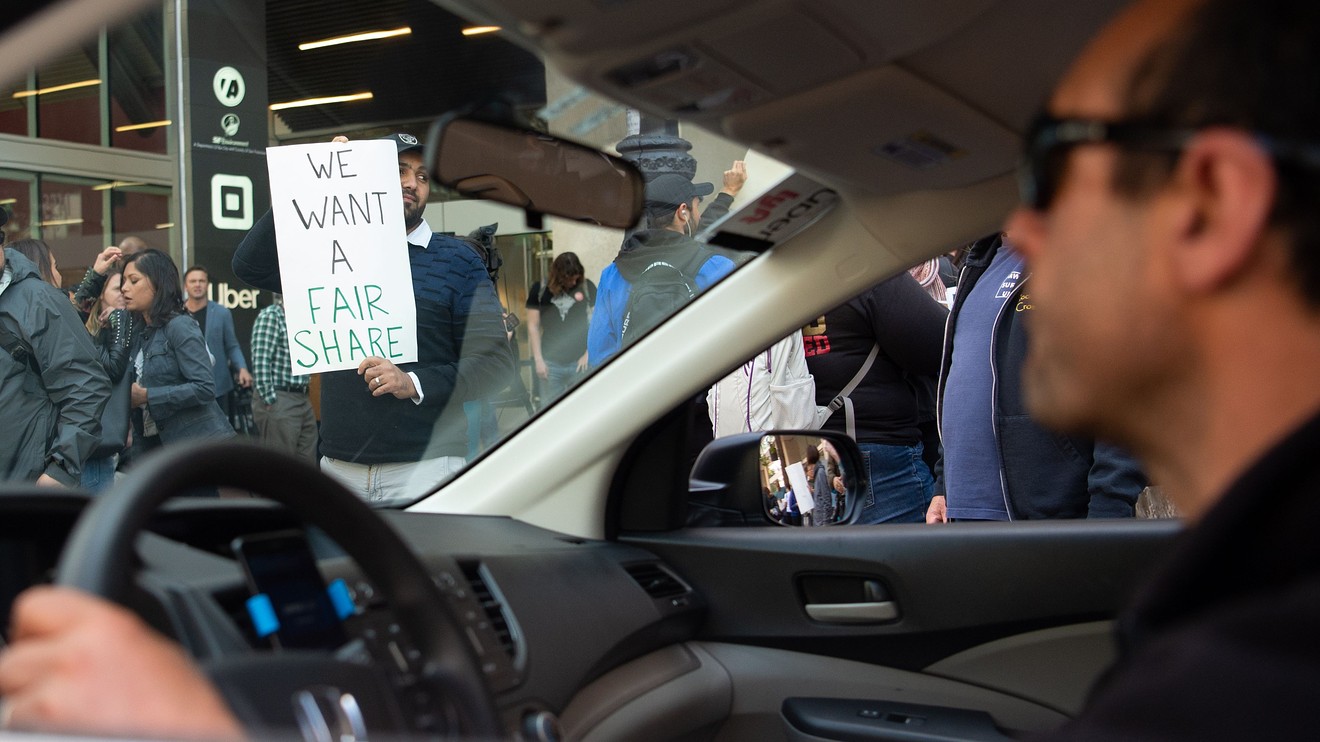 For the first time, Uber UBER, +0.97%   is allowing drivers to have control over the fares they charge riders. But given the fierce competition across ride-hailing apps, industry experts say this could lead to a price-cutting battle between drivers vying for riders.

Uber said on Tuesday it is testing the feature at three California airports — Santa Barbara, Sacramento and Palm Springs. Drivers can charge more than the base fare Uber would otherwise charge riders, but only in multiples of 1.0 to 5 and in increments of 0.1.

Drivers will be allowed to set fares lower than the base fare starting next week.

“I don’t see anyone raising rates and getting rides,” said Jay Cradeur, founder of the Rideshare Dojo site and a driver for ride-hailing companies, including Uber and Lyft LYFT, +2.13%  , in the Bay Area . “Even if there’s a price surge most drivers are going to go low because they know they’ll get more rides.”

Uber’s announcement comes after California enacted legislation in September aimed at reclassifying independent contractors, or “gig workers” such as drivers for Uber and Lyft, as employees.

Uber, Lyft and DoorDash have each pledged $30 million to push for a ballot initiative to fight back against the new law, known as Assembly Bill 5 (AB5), which could force them to offer drivers legal protections and minimum wage.

“There’s potential for drivers to earn more, but the matching algorithm will match riders with drivers that are offering the lowest fares,” Harry Campbell, founder of The Rideshare Guy site and a former Uber and Lyft driver, told MarketWatch.

“Drivers are worried that the ability to set prices lower might lead to undercutting and drivers driving the price too low to the point where they can end up making much less.”

“Since AB5 has gone into effect, we’ve made a number of product changes to preserve flexible work for tens of thousands of California drivers,” an Uber spokesman said in a statement. He declined to comment on whether Uber’s latest move could cause drivers to undercut one another.

Allowing drivers to set their own rates “is a way to make people feel they are independent contractors because ultimately these companies are putting this to the ballot box measures,” Veena Dubal, an associate professor of law at the University of California in Hastings said. “If drivers seem to be more like independent contractors they may vote in Uber’s favor,” she added. “It’s a way to sway public opinion.”

If drivers are reclassified as employees of Uber, the company would have to pay California drivers the state’s minimum wage of $13 an hour. Uber also would have to guarantee various legal protections, such as paid time off for sick days, that are not offered to independent contractors. And only employees are allowed to file discrimination and sexual harassment lawsuits.

Dubal’s own research, gleaned from Lyft and Uber drivers in California, shows, that “they really need and want flexibility from platform work, but desperately need a wage floor,” she said. Drivers care about setting their own fares, but “care a lot more about getting a living wage,” Dubal said.

If Uber is unable to convince the public to vote in favor of the ballot initiative reversing AB5, California drivers could end up making more money, given that riders could pay 70 cents to $1.80 more a ride under the new law, according to some estimates.