Home
Market
UK's Stobart invests $12 million in rescue of airline Flybe
Prev Article Next Article
This post was originally published on this sitehttps://i-invdn-com.akamaized.net/trkd-images/LYNXMPEG0F121_L.jpg 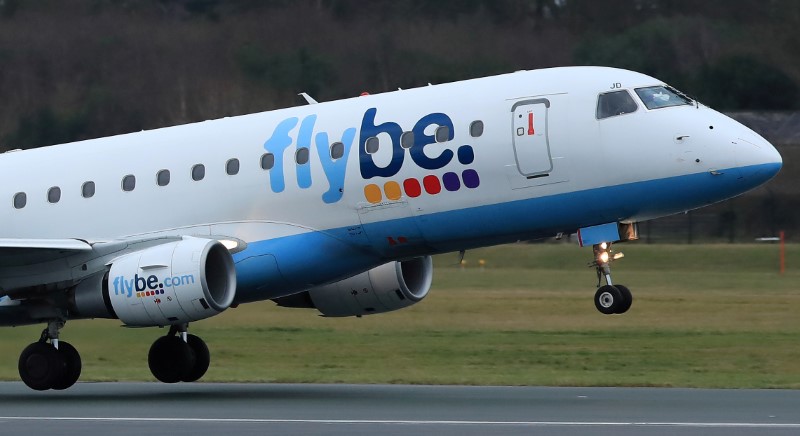 (Reuters) – Britain’s Stobart Group (L:) will provide 9 million pounds ($11.8 million) in funding for Flybe as part of this week’s government-backed rescue of the regional airline, the infrastructure group said on Thursday.

Stobart holds less than a one-third shareholding in the consortium, which has to date provided 110 million pounds in funds to Connect Airways.

Flybe was rescued on Tuesday after the British government promised to review taxation of the industry and shareholders pledged more money to prevent its collapse. The agreement came a day after reports suggested it needed to raise new funds to survive through its quieter winter months.

As part of the plan, the government promised to review air passenger duty, a tax on flights departing from UK airports.

Stobart, which is now separate from the Eddie Stobart (L:) haulage business, said delays in getting regulatory clearance for the consortium’s plans to buy Flybe’s assets, coupled with a number of other factors including legacy issues, had affected its turnaround plan for the airline.

“This resulted in a situation in which a further injection of funds is required to ensure continued flying,” Stobart said in a statement.

Roughly a year ago, Flybe was also approached by Stobart’s former CEO Andrew Tinkler about an alternative financing proposal that challenged Connect’s deal.

Flybe carries eight million passengers a year between 71 airports across the UK and Europe, according to its website.

Since the rescue deal, details of which were not disclosed, British Airways owner IAG (L:) has filed a complaint with European Union regulators, calling it a “blatant misuse of public funds”.

Virgin Atlantic and Cyrus Capital did not immediately respond to a Reuters request for a comment on Thursday.