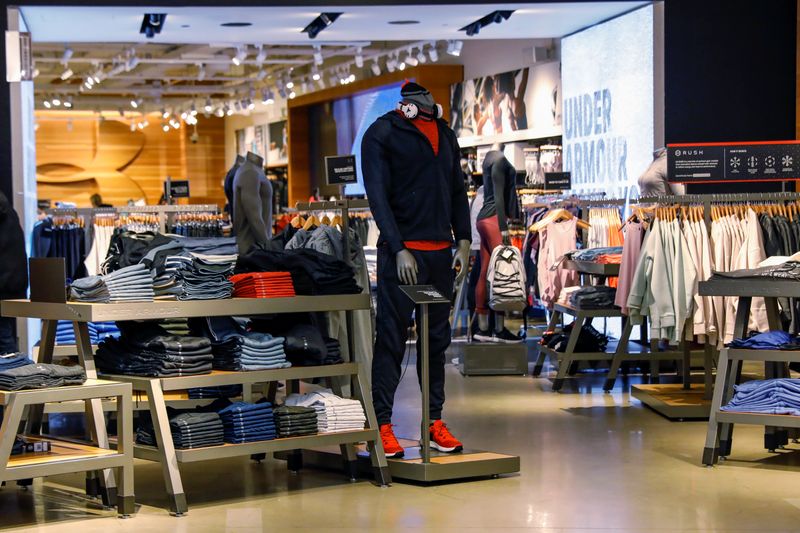 (Reuters) – Under Armour Inc (N:) (N:) on Tuesday forecast a surprise drop in 2020 revenue, largely due to weakness in North America, and said the coronavirus outbreak in China would hurt sales in one of its fast-growing markets, sending shares tumbling 13%.

The company said it expects revenue in North America, its biggest, to decline at a mid- to high-single-digit percentage rate, while its international market is expected to rise.

Under Armour, known for its moisture-wicking fabric worn by star athletes, has been struggling to grow sales in its home market due to new launches by larger rivals Nike Inc (N:) and Adidas (DE:) and heavy promotions at department stores.

Under Armour also estimated a $325 million to $425 million in pre-tax charges as part of its restructuring initiative this year, which will include foregoing opening a flagship store in New York City, a hotspot for footwear brands.

“Ongoing demand challenges and the need to drive greater efficiencies in our business requires us to further prioritize our investments,” new Chief Executive Officer Patrik Frisk said in a statement.

The company said the outbreak in China, which has killed more than a thousand people and forced several retailers to shut doors and revise their forecasts, would have a $50 million to $60 million impact on first-quarter sales.

Full-year revenue is expected to be down at a low single-digit percent from 2019, Under Armour said.

Analysts on average were expecting a growth of 4.2% in 2020, according to IBES data from Refinitiv.