Home
Stocks
Upgrade: ‘I couldn’t have this kind of tranquility in the U.S.,’ says retiree who left Seattle for an Italian village, where you can live on $3,000 a month
Prev Article Next Article
This post was originally published on this site

It was a goddess that inspired Sunny Bertollini to move to Italy.

The 50-year-old herbalist, and her husband Mark Hinshaw, a 72-year-old retired architect, had been coming to Italy on vacation for years. On one trip, they visited an ancient temple to Salus, a Roman goddess of health and well-being — and Bertollini, who says she has “always been a pagan,” was overcome by the experience. “I touched the ancient frescos, and had what I would call an epiphany…It became quite clear that this is the direction my life would go…it was a magnetic draw,” she says.

So Bertollini (you can’t miss her, as she’s always in an almost completely white wardrobe) and Hinshaw — who had already been contemplating retirement — sold their condo in the heart of Seattle and moved to the town of Santa Vittoria in Matenano in the Le Marche region of Italy in 2017. “It’s Tuscany without the tourists,” Bertollini, who is half Italian, says of the region, which sits between the Adriatic Sea and more popular spots like Tuscany and Umbria.

The Le Marche region “is one of Italy’s best-kept secrets,” writes Lonely Planet of the area. “With a string of charming hilltop towns and a landscape ranging from snow-capped Apennine peaks to dreamy beaches and otherworldly caves, it’s the perfect place to experience Italy without the crowds.” The publication also notes that this “relatively tourist-free” region offers “deeply traditional food — blessed with bounty from the mountains, farmland and sea” and a varied, seasonal cuisine and truly distinctive wines.” 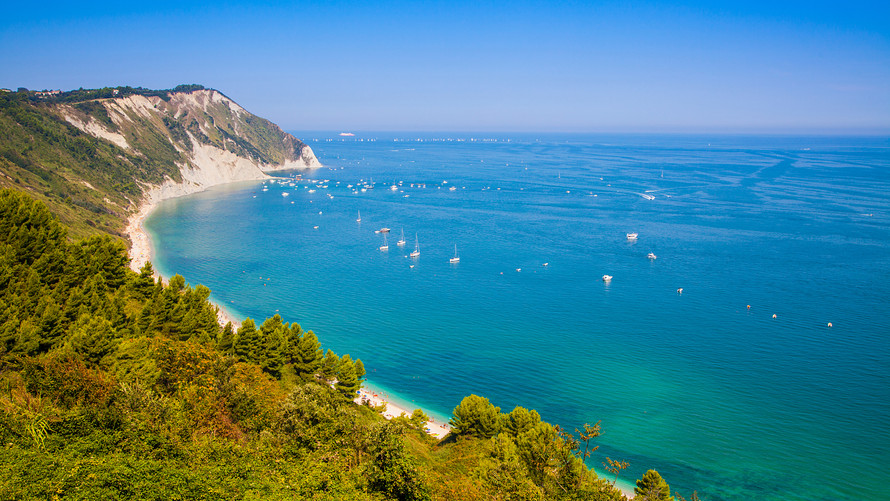 The Adriatic Sea at Ancona

Here’s what Hinshaw and Bertollini’s lives are like in Santa Vittorina, from the costs to the health care and visa issues and what they miss most about the U.S.

Costs: The couple says they spend about $2,400 a month on expenses (though this doesn’t include a mortgage or rent, because they bought their house outright). Bertollini says she spends about $50 a week on groceries, about $55 a month on home internet, $55 a month on gas for the car, about $22 to $66 on electricity, depending on the season, and about $20 a month each on cellphone service. Other expenses include about $160 a month for health care (see below) and roughly $70 a month on car insurance. Travel can be pricey with plane tickets back to the U.S. sometimes $1,000 or more; they also travel around Italy and nearby areas and pay for train and bus tickets, they say. One big difference the couple noticed is that gas heating in colder months is much more expensive than it was for them in the U.S. at roughly $275 a month.

(For its part, International Living estimates that you can live on less than $2,000 a month in the Le Marche region.) 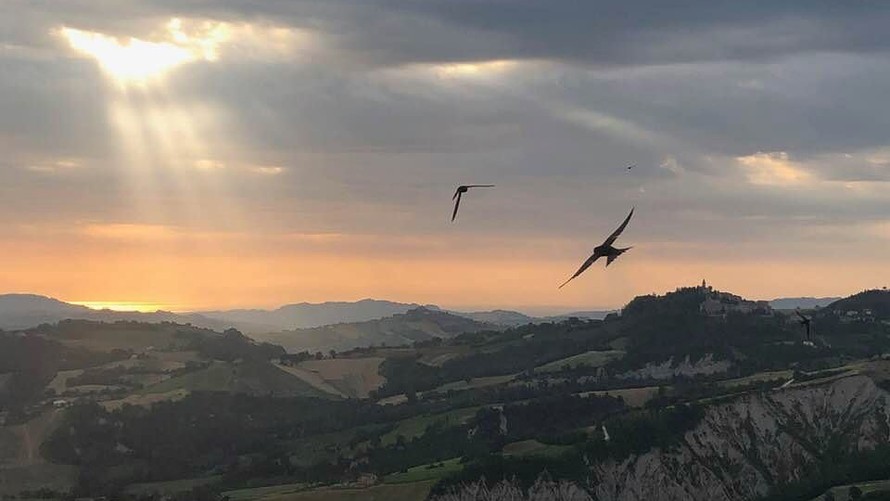 A view from the couple’s home window.

Health care: “The health care has been phenomenal,” Hinshaw, who had to get an angiogram recently, says — and as MarketWatch reported earlier this year, the Italian health care system gets excellent rankings from outside sources. But the couple notes that there tends to be a difference in the quality of care depending on where you live; others say the same, with the Guardian noting that there are “regional differences in the standard of some state-run hospitals, with facilities in northern Italy being considered better than those in the south.” The couple says that they pay nearly $1,900 a year for insurance as residents not from the EU.

Residency: It’s not easy for Americans to get residency here, says Hinshaw: “I think a lot of Americans who fall in love with Italy are so used to moving between states and think, ‘well you just pack up and move,’” he says. “Well, not exactly. It takes years of prep, and many types of documents and submissions. It’s a focused process that can go sideways.” Here are details on how to get residency as an American. 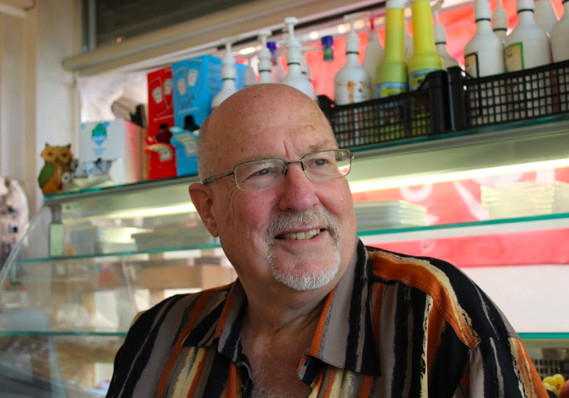 Mark Hinshaw in an Italian cafe

Daily life: America, it is not. “The pace is different,” says Bertollini. “Mark and I have a rule — we call it the Rule of Three Things. You can get the first thing done for sure and probably the second thing. If you get the third thing done, you are lucky.” Part of this is that people in town stop to say hello and catch up, she says: “Everything is about relationships with everyone else…This is very much a community.”

Italians, she points out, do not live by the rule of three things. “They say instead ‘anything you can do today, could be done tomorrow’. Americans tend to have huge to-do lists, but if you try to rush an Italian, they just say ‘piano, piano,’ which translates roughly to “easy does it.” 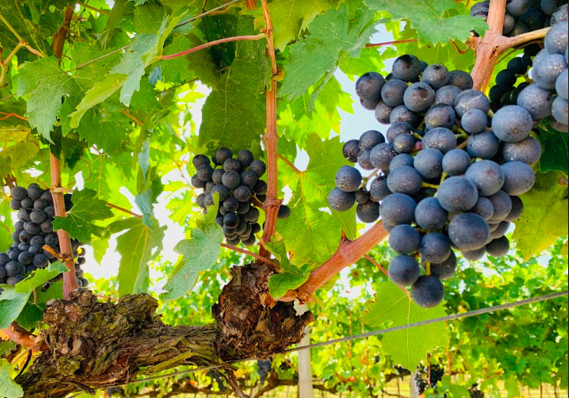 Grapes from a nearby vineyard

Cons: The couple says that it took them a year or so to get adjusted to life here, as things can be slow moving and bureaucratic. And though they live in an area with “great food,” they also miss dim sum and barbecue and getting takeout whenever they want it, Hinshaw says. Bertollini points out that she has learned to cook a number of new cuisines since moving here.

Language: “I thought I knew some Italian before I got here,” jokes Hinshaw — but the language where they live is a different dialect than his formal lessons taught him. But, he says, it’s a huge benefit to quickly learning a language to be around people speaking it all the time. “I am finally understanding entire concepts, not just words,” he says. “It is actually fun now.”

Bottom line: Though moving here has been an adjustment from their faster paced working life in America, they say they love it. “My favorite thing is the tranquility,” says Bertollini. “I pick up a frantic energy in the U.S.…Here there are stressors but there is a measure of tranquility that I cannot find in the U.S.”