Home
Stocks
UPS has a new risk factor: Amazon
Prev Article Next Article
This post was originally published on this site 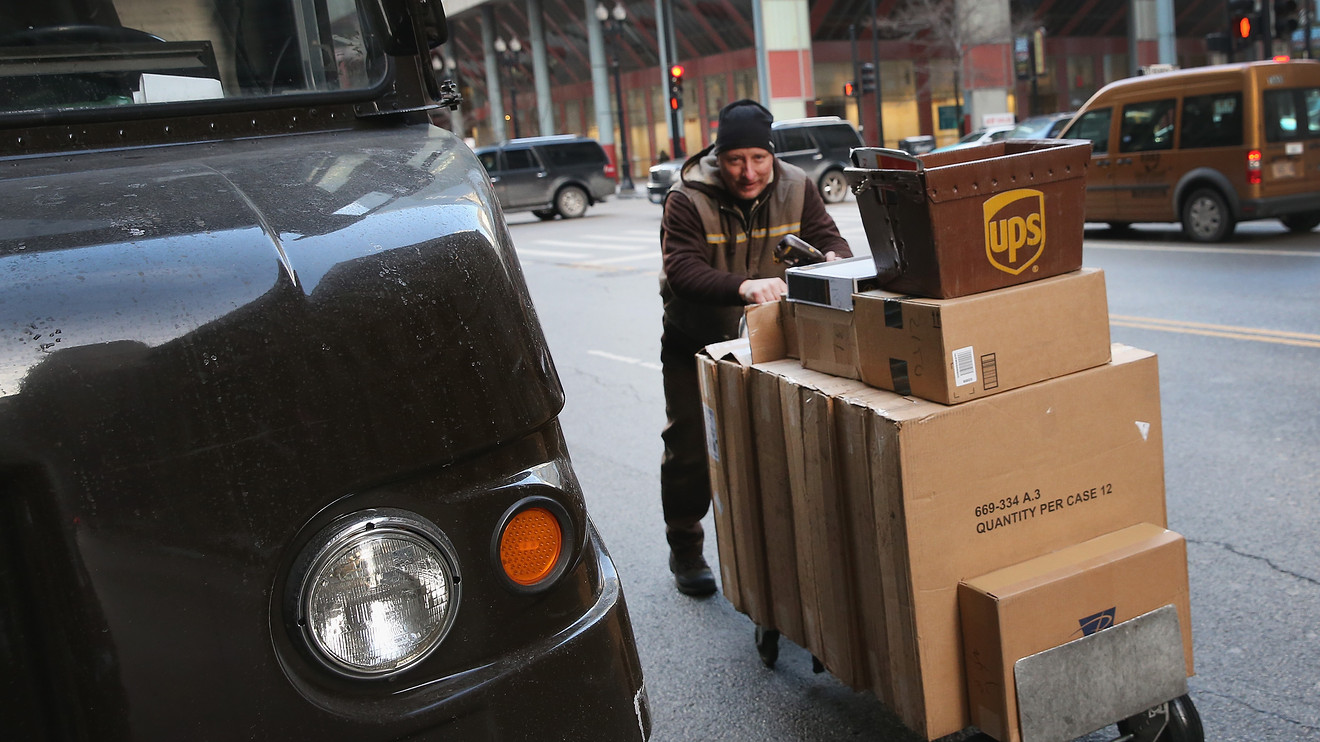 United Parcel Service Inc. has long boasted about its diverse customer base, and had been mum about who its largest customers were, but on Thursday the package delivery giant seemed to embrace the fact that Amazon was the largest customer it’s had in years.

“UPS experienced growth from a number of large and [small and medium business] customers, with the growth led by UPS’s largest customer, Amazon,” the company stated in its fourth-quarter earnings report.

And that’s not all. For years, UPS UPS, -4.15%  has been saying in its annual reports that no single customer accounted for 10% or more of consolidated revenue. “We do not believe the loss of any single customer would materially impair our overall financial condition or results of operations,” the company stated in the “Risk Factors” section of its last seven 10-K filings with the Securities and Exchange Commission.

Before that, UPS stated for years, at least going back to 2007, that “no countries outside of the United States, or any individual customers, provided 10% or more” of consolidated revenue.

But in Thursday’s post-earnings conference call with analysts, Chief Financial Officer Brian Newman said that has changed, as UPS took advantage of the structural changes in the market, such as the “rapid adoption of faster delivery” driven by e-commerce.

“UPS was able to increase our business with Amazon AMZN, +7.38%  through competitive wins and the structural shift to next day delivery,” Newman said on the call. “When combined with the revenue declines in the international and supply chain and freight segments, Amazon’s percentage of total company revenue rose to 11.6% for the year.”

Basically, UPS has taken a much different approach than its rival FedEx Corp. FDX, -2.44%, which has had a rocky relationship with Amazon, ending its contracts for FedEx Express domestic and ground deliveries.

Investors can expect some new wording in the “Risk Factors” section of UPS’s 2019 annual report, which can be expected by the end of February.

“UPS continues to transform their business to meet customer demand for shipping more packages, at a faster speed, and for less money,” analyst Helane Becker at Cowen wrote in a note to clients. “The way to make that type of dynamic profitable is through increased density of transit lanes.”

Excluding non-recurring items, such as a $1.8 billion mark-to-market pension charge, the company reported adjusted earnings per share came to $2.11, matching the FactSet consensus.

Volumes increased nearly 8%, as more than 1.6 billion packages were delivered during the quarter.

“We’re embracing the e-commerce structural shift of faster delivery which brought a surge in Next Day Air volume of more than 22% in 2019, an increase we were well-equipped to handle with greater efficiency,” Chief Executive David Abney said on the post-earnings call.