Home
Market
Verizon shares down on profit miss even as wireless customers added
Prev Article Next Article
This post was originally published on this sitehttps://i-invdn-com.akamaized.net/trkd-images/LYNXMPEG0T16K_L.jpg 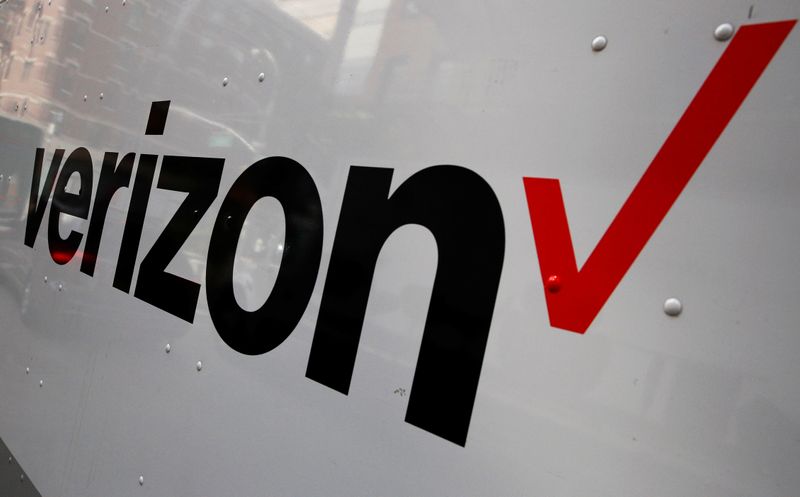 © Reuters. The Verizon logo is seen on the side of a truck in New York

By Arriana McLymore and Neha Malara

(Reuters) – Verizon Communications Inc (N:) shares fell about 1% on Thursday as quarterly profits missed estimates even though the company added more monthly mobile phone subscribers than expected as adding the Disney+ streaming service helped some of its plans.

The largest U.S. wireless carrier by subscribers has cut prices and made its offerings more attractive by bundling services such as Apple (NASDAQ:) Music to battle intense competition in the industry.

The company said that in the fourth quarter, it added 790,000 phone customers who pay a monthly bill, well above the average analysts’ estimate of 525,000 subscribers, according to research firm FactSet.

Verizon’s reported post-paid phone churn of 1.13% for the fourth quarter, the seventh consecutive quarterly increase. Analysts at New Street Research said lowering churn would be more difficult with shift in the wireless market.

Total operating revenue rose to $34.78 billion from $34.28 billion, beating the estimate of $34.60 billion, according to IBES data from Refinitiv.

In October, Verizon said it would offer a year-long subscription to Walt Disney Co’s (N:) Disney+ with its unlimited plans, a move aimed at rival AT&T Inc (N:), which is expected to launch its own streaming platform HBO Max in May.

Revenue in Verizon’s media unit, which includes Yahoo (NASDAQ:), HuffPost and TechCrunch, was nearly flat at $2.1 billion from a year earlier. The company said it wrote down $236 million during the fourth quarter for the media business, which has struggled to grow as ad revenue moved to larger digital players like Alphabet’s Google (O:).

Net income rose to $5.22 billion, or $1.23 per share, in the fourth quarter ended Dec. 31 from $2.07 billion, or 47 cents per share, a year earlier. The company also recorded a $2.2 billion tax benefit related to the sale of preferred shares in a foreign affiliate.

The company built out its network of 5G in Kansas City, Little Rock and Cincinnati, rolling out the next generation of wireless in 34 cities in 2019. Verizon said it expects to spend $17 billion to $18 billion in expanding 5G, ramping up its 4G and building out more fiber.

Verizon said that building out its own multi-use fiber will help increase revenue for its business segment.

“I think this is one of the most critical assets in a network today — in today’s world, especially as we build a Verizon intelligent network,” Verizon CEO Hans Vestberg said during a conference call.