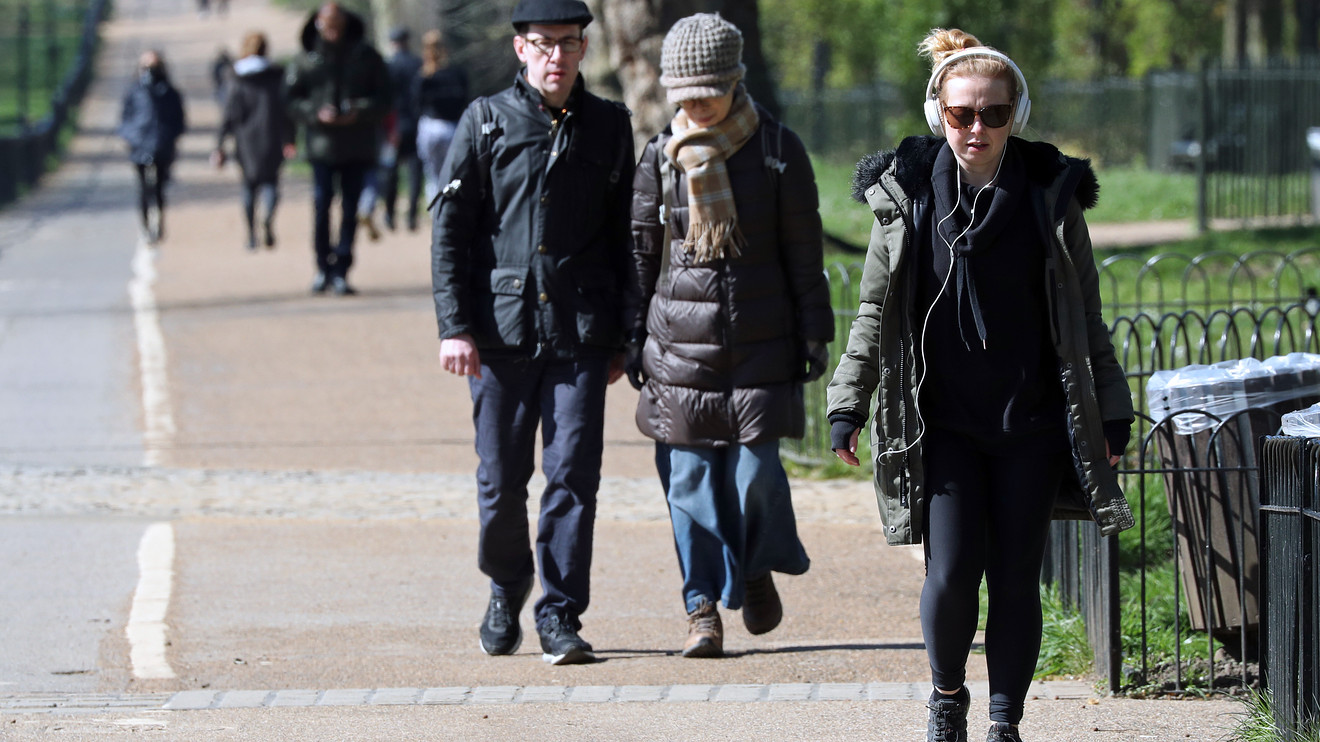 London’s parks were packed over the weekend and remained busy on Monday, while Snowdonia National Park, in Wales, had its “busiest visitor weekend in living memory.” The U.K. coronavirus death toll rose by 54 to 335 on Monday and health secretary Matt Hancock described those ignoring the advice as “very selfish,” in an interview with the BBC.

Johnson ordered pubs, bars, restaurants, cinemas, gyms and other social venues to close on Friday night and not reopen on Saturday. However, the government’s guidelines allow people to go for a walk, or exercise outdoors, as long as they stay 2 meters apart — leading many to flock to parks and markets across the U.K.

Snowdonia National Park closed all its main car parks on Monday after its record weekend and the park’s authority said it was exploring shutting popular mountains and sites if people continued to ignore the advice.

In co-operation with the police and local authorities the Snowdonia National Park Authority will close all its main car parks and is also exploring options to close down the most popular mountains and sites if the situation continues.

Read: People are being jerks during the coronavirus pandemic — and there’s a new word to describe them

The park’s chief executive Emyr Williams said: “The crowds we saw on Snowdon and around key sites in Snowdonia over the weekend were alarming as it became evident people weren’t heeding the Government’s advice to avoid nonessential journeys and to maintain safe social distancing, therefore we must act quickly to ensure that this issue is addressed.”

A number of London parks have also taken steps to prevent large gatherings of people in close proximity. Hammersmith and Fulham council closed its parks on Sunday, while Hyde, Regent’s and St James’ Parks have closed cafes and kiosks.

The National Trust, which manages and protects the country’s historic sites and natural beauty spots, closed all its parks and gardens and urged people to observe social distancing and not to travel.

In his daily briefing on Sunday, Boris Johnson hit out at those ignoring the government’s advice and said it could lead to “tougher measures.”

“We need to think about the kinds of measures that we’ve seen elsewhere, other countries that have been forced to bring in restrictions on people’s movements altogether. Some people aren’t making it easy for us because they are congregating in a way that helps spread the disease.”

The picture in other European countries now in lockdown, including France, Italy and Spain, followed a similar pattern, with the public failing to adhere to government advice and stricter measures being needed.