Home
Market
Wall Street rises as U.S. manufacturing expands in January
Prev Article Next Article
This post was originally published on this sitehttps://i-invdn-com.akamaized.net/trkd-images/LYNXMPEG121AU_L.jpg 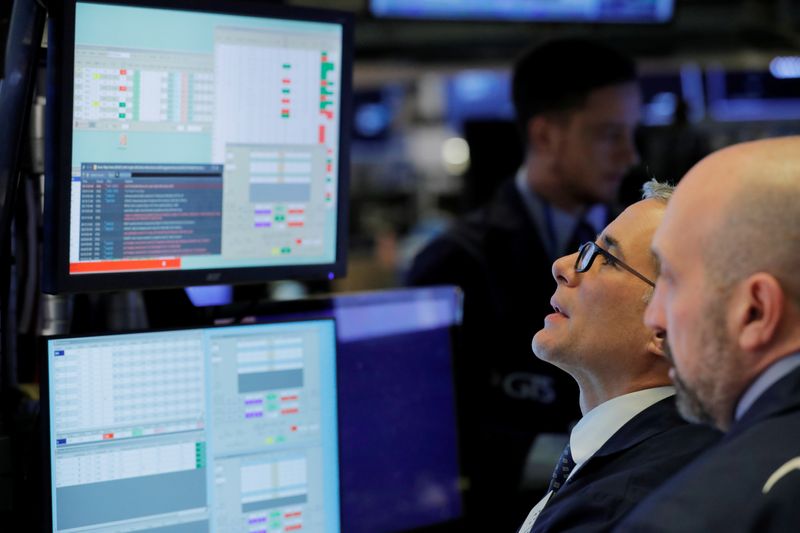 (Reuters) – U.S. stocks climbed on Monday as gains in Amazon (NASDAQ:) and Nike as well as a surprise rebound in U.S. factory activity helped markets attempt a recovery from steep weekly losses due to concerns about the coronavirus epidemic.

ISM data showed the manufacturing sector expanded in January after five straight months of contraction, indicating that a prolonged slump in business investment has probably bottomed out.

“Sure we’ve been held back on worries about coronavirus, but this morning it’s been a story of data showing U.S. economy is really strong,” said John Brady, managing director at R.J. O’Brien & Associates in Chicago.

Google-parent Alphabet Inc (O:) gained 2.7% ahead of its quarterly results, which will wrap up earnings for the so-called FAANG group of stocks.

Shares of Nike Inc (N:) rose 4.6% after JP Morgan added the footwear maker to its focus list and provided the biggest boost to the Dow Industrials ().

Also helping the mood was an intervention by China’s central bank to improve liquidity and relieve pressure on its economy from the impact of the virus outbreak.

Concerns over the financial impact of the flu-like virus escalated last week after the World Health Organization declared it as a global emergency.

On Friday, the Dow () shed more than 600 points, the S&P 500 () posted its worst week in six months and the Nasdaq () suffered its steepest weekly decline in four months.

“It may have been overdone last week. It’s very hard to get a grasp of things like pandemics. We’re still in the spreading stage and it’s difficult to say whether it’s over or not,” Brady said.

The consumer discretionary index () gained 1.1%, the most among the 11 major S&P indexes, while technology () stocks provided the biggest support to the benchmark index.

Gilead Sciences Inc (O:) gained 4.3% after the drugmaker said it has provided its experimental Ebola therapy for use in a small number of patients affected by the coronavirus in China.

Tesla (O:) jumped 12.2% as Japan’s Panasonic Corp (T:) posted its first ever quarterly profit in its U.S. battery business with the electric-car maker.