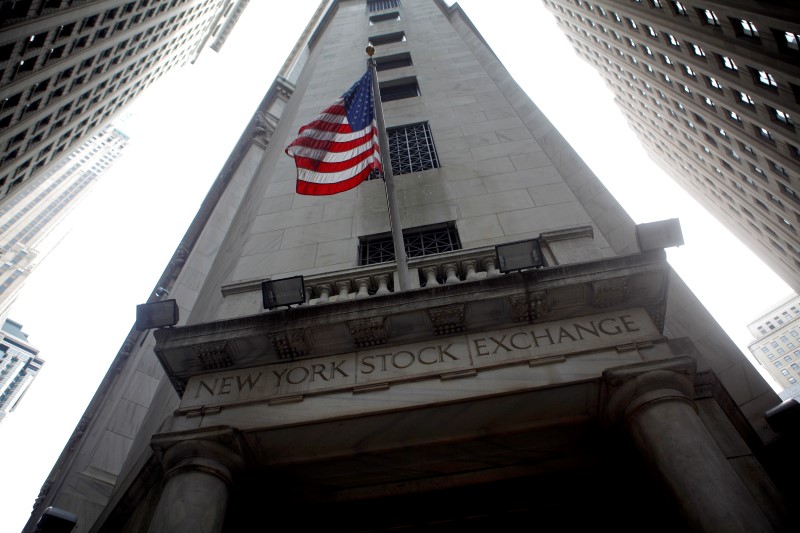 (Bloomberg) — Right on cue, investors and strategists are lining up to heap doubt on a frenetic rally sweeping up assets from Singapore to New York.

As a gauge of global stocks moves toward a record, alarm bells are ringing over the speed and scale of a rally built on hopes that the economic damage from the coronavirus will be contained.

A steady stream of earnings beats and signs of an uptick in growth are on the side of markets seizing on any bit of good news. Yet behind every upbeat corporate result there’s another with a sober warning that the deadly outbreak will roil economic output and business activity.

“Pretty much every client we talk to wants to buy the dip,” wrote Tobias Levkovich, Citigroup Inc (NYSE:).‘s chief U.S. equity strategist in a note. “And that is not comforting.”

The S&P 500 edged higher Thursday, extending the week’s gains to more than 3.5%, as the Index climbed to a record and stocks soared in Asia. A gauge of European credit risk hit its lowest since 2007.

Yet the battle against the virus could suffer a setback as factories reopen in China in the coming days and more people come into contact with each other. On the other hand, if factories fail to reopen, the economic impact could prove much more severe.

At Robeco, money manager Jeroen Blokland is eyeing the rally warily. The head of multi-asset funds at the Rotterdam-based firm recently cut an overweight allocation to stocks to neutral because of the spread of coronavirus. He says it’s not yet time to dive back in.

“Every investor is looking for the bottom and wants to find it a little bit earlier than his neighbor,” he said. “We need a little bit more confirmation that the outbreak will be contained before moving again.”

Even though it’s guesswork, investment banks are coming up with damage assessments. The shock could cut Chinese economic growth to 4% on an annualized basis, Goldman Sachs Group Inc (NYSE:). suggested Thursday. The firm’s head of commodity research Jeff Currie said in an interview with Bloomberg TV that oil demand could fall by 2-3 million barrels per day before rebounding in two to three months.

Meanwhile strategists at Citigroup cautioned against a sense of euphoria and “substantive” complacency in financial markets. JPMorgan is telling clients to rein in risk, trimming its overweight call on equities to 5% relative to a benchmark allocation, from 7%.

“Economic spillovers from China to the rest of the world in the event of more adverse scenarios are likely to be significant,” according to JPMorgan Chase (NYSE:) & Co. strategists.

What makes all this is so striking: Investors are shrugging off virus-related concerns while also betting on an uptick in growth, according to Nomura Securities. The telltale sign is the ramp-up in European stocks to all-time highs.

“As the coronavirus issue passes the panic stage, scenarios for renewed economic growth seem to be gaining new life,” wrote Naka Matsuzawa, the firm’s strategist in Tokyo wrote in a note.

Matsuzawa is watching whether and industrial metal prices recover to pre-virus levels. That would indicate a belief that Chinese stimulus will forestall the fallout while suggesting central banks may pare back their pre-cautioning easing plans.

But there are plenty of early warning signs.

Earnings for giant Capesize ships that deliver cargoes like coal and iron ore to China — building-block commodities for the nation’s economy — have plunged 92% since September, according to the Baltic Exchange in London. They stood at just over $3,000 a day on Thursday, far below even what it costs to pay crew.

Meanwhile, despite a slight recovery this week, the price of copper is near its lowest compared to gold in three years. The ratio between the two is often seen as a bellwether for the health of the global economy because one is a core industrial commodity used in everything from electronics to plumbing. The precious metal also tends to be a haven during times of economic distress.

As equities have moved toward their all-time highs, in the bond market the yield on 10-year Treasuries remains below this year’s starting level and below one- and five-year averages. The spread between the two- and 10-year yield is ultra flat, suggesting money managers are wary on growth and inflation.

“Investors are thirsty for good news, but some remain cautious,” said Philippos Kassimatis at Maven Global, a hedging advisory firm. “The divergence between stock and bond markets in recent days clearly shows that.”