Home
Market
Walmart ups minimum wage in e-commerce warehouses by $2 as orders surge on virus worries
Prev Article Next Article
This post was originally published on this sitehttps://i-invdn-com.akamaized.net/trkd-images/LYNXMPEG2M05X_L.jpg 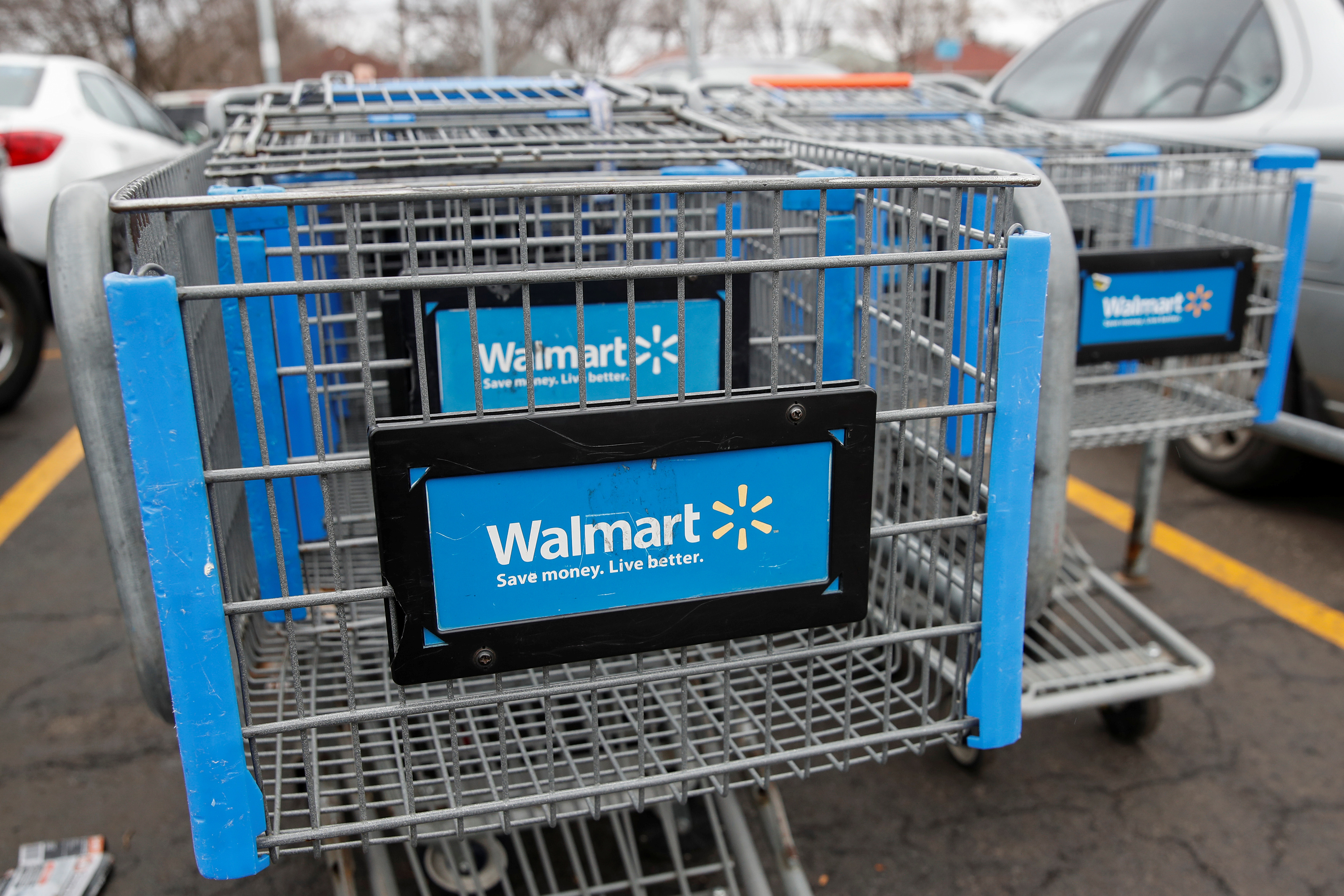 © Reuters. Walmart shopping carts are seen on the parking lot ahead of the Thanksgiving holiday in Chicago

WASHINGTON (Reuters) – Walmart Inc (N:) said on Monday it has temporarily raised entry wages for workers in its e-commerce warehouses by $2, following similar moves by rivals, as it attempts to manage a shopping surge brought about by the coronavirus outbreak.

Walmart said the hike will increase entry wages for workers in e-commerce fulfillment centers or warehouses to between $15 and $19 an hour effective immediately through Memorial Day, a holiday in the United States that falls on May 25 this year.

The world’s largest retailer, which employs 1.5 million people in the United States, has struggled to keep store shelves stocked and fulfill online orders amid panic-buying by shoppers spooked by the outbreak.

The virus has infected over 32,000 people in the United States leading to more than 415 deaths, showed a Reuters tally.

Last week, Walmart said it would pay special cash bonuses totaling $550 million to hourly staff and hire 150,000 temporary workers through the end of May in its stores and fulfillment centers.

Workers in distribution centers, which primarily help stock stores, start at $17 to $18 an hour. The starting wage for store workers in most locations remains $11 an hour, with the average wage among full-time hourly workers at $14.26.

Rivals such as Amazon.com Inc (O:) and Target Corp (N:) have also boosted pay and gone on a hiring spree to manage a surge in orders while many clothing and mall-based retailers have been forced to shut stores.

Amazon hiked entry wages to $17 from $15 and announced plans to hire 100,000 warehouse and delivery workers in the United States. On Saturday, it said it would raise overtime pay for associates working in its U.S. warehouses.

Target said last week it would raise its minimum wage by $2 an hour for store and distribution center workers through May 2.

Walmart officials said on Thursday they had reached out to industry groups representing hotels and restaurants, offering to hire staff who have recently lost their jobs due to the virus-induced slowdown in tourism and catering.

On Monday, the company said new employees can begin work at its facilities in as little as 24 hours after being hired. It is also offering new hires and current workers a $250 cash bonus for each new hire referral after 90 days from the new hire’s start.

On Sunday, the retailer said it has set up federal drive-through coronavirus testing sites in the parking lots of two stores in Illinois.