Home
Stocks
Want to hitch a ride on Tesla stock? Financial advisers offer rookie investors tips, but suggest proceeding with caution
Prev Article Next Article
This post was originally published on this site

With Tesla Inc. TSLA, +1.94%  stock heading north —despite some pit stops — some new retail investors might be itching to go along for the ride on a stock that has climbed 134% in the past three months.

In fact, the Silicon Valley electric-car maker is generating so much attention and curiosity right now that typing, “Should I” into a Google GOOG, +1.93% GOOGL, +2.07%  search yields one auto-fill response that says, “Should I buy Tesla stock.”

What if the stock goes south? How many shares can one investor afford?

It’s a simple-sounding question that can get complicated quickly: What if the stock goes south? How many shares can one investor afford? Would-be stock pickers should exercise caution, financial planners say.

Tesla didn’t immediately respond to a MarketWatch request for comment.

Dan Slagle, a founding partner of Fyooz Financial Planning in Rochester, Minn., says there might be investors out there experiencing serious pangs of FOMO or fear about missing out. Slagle said people with financial FOMO need to ask themselves just how comfortable they are with any future share price drops at Tesla, or any company in which they buy stock.

Ask yourself if you have the stomach

“If you hold the stock, you have to weather the storm and be comfortable with the volatility,” said Slagle. He does not personally own Tesla shares, but believes the company — which has an enigmatic, if unpredictable founder in Elon Musk — has long-term growth potential.

There are ways to find your risk tolerance. Questionnaires are one way to get a sense, but experts say such stress tests can only go so far. Instead, think about your investment goals so you know how much to worry — or not worry — about a stock’s swing.

Even professionals can only stand so many market losses. One high-profile portfolio manager bet the Tesla stock would fall, but ended that play.

‘Sometimes there’s no ‘why.’ If you’re short, you gotta walk away.’

“Sometimes there’s no ‘why,’” Steve Eisman, a senior portfolio manager at Eisman Group Neuberger Berman, said in a Bloomberg TV interview. “If you’re short, you gotta walk away — there’s no glory in losing money.”

Slagle’s clients aren’t talking to him about Tesla shares, he said. Instead, they’re talking about buying the actual vehicles.

People don’t necessarily need to load up on Tesla stock to catch the Tesla ride, added Scott Vance of Trisuli Financial Advising in Fort Bragg, N.C. A better idea, he said, is to buy into an exchange traded fund or mutual fund that has Tesla in its portfolio.

That way, novice investors can do one thing that most financial advisers say is the No. 1 rule of investing: diversify. “I do think Tesla is part of a sector that is going to flourish in the future, but picking an individual winner in that sector is something I frown on,” Vance said. 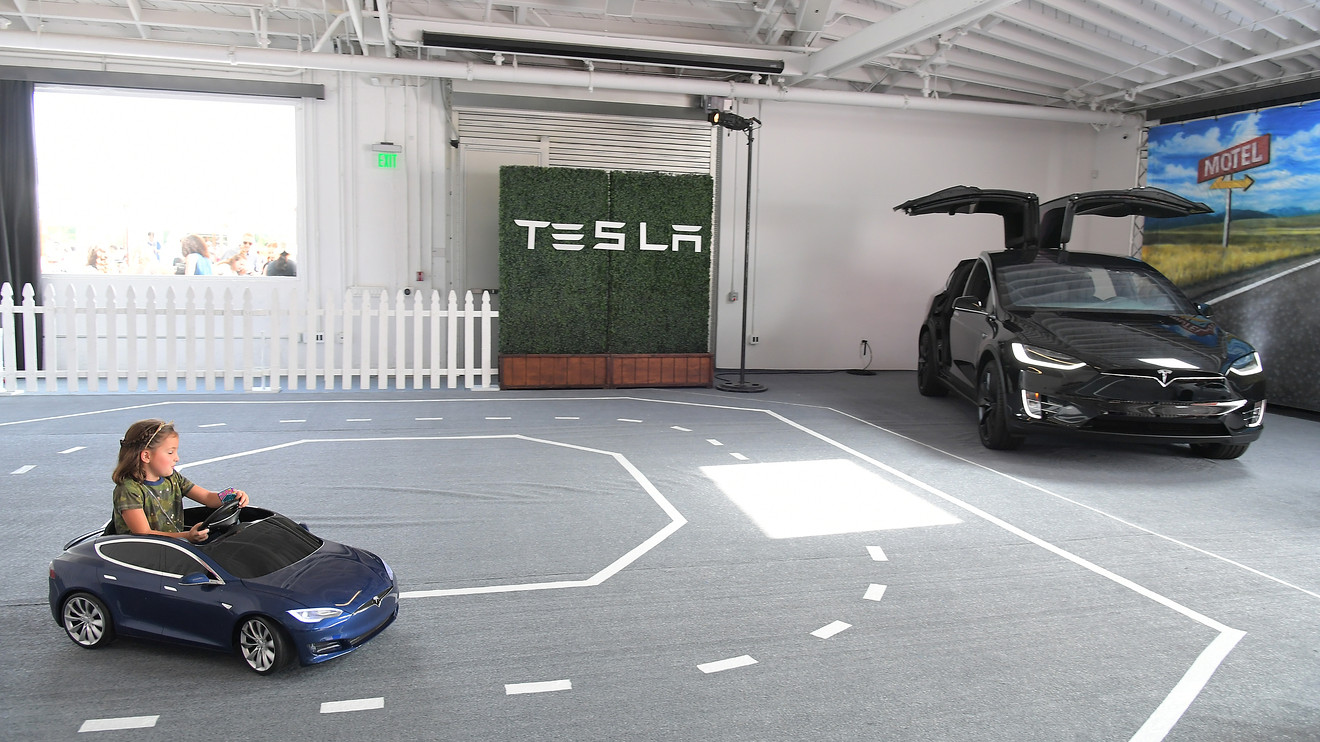 Tesla stock has climbed 134% in the past three months.

Don’t get distracted by fancy footwork

Erika Safran, the founder and principal of Safran Wealth Advisors in New York, N.Y., says she has one client who likes to play the market based on the news of the day. On the whole, it hasn’t worked out well for him: he biggest boon is the tax write-off he gets from his market losses, he said.

Look at the company’s fundamentals, she said. That includes the price-earnings ratio, revenue, and the potential of the vehicle itself. It can also include a technical analysis, such as an examination of how the stock price and trade volume have performed over the medium- and long-term.

But investors only need to focus on the fundamentals if they will buy and hold stock over a period of years — a strategy that Safran favors. “You’re only a good trader a couple times,” she said. “The other times, it’s a loser.”

Allow yourself a little ‘play’ money

Jared Friedman, a financial planner at Redwood Financial Planning in Scotch Plains, N.J., said if people are comfortable buying Tesla stock, they should do it — but they should draw some yellow lines for themselves, and stay within them.

Friedman’s clients have their core portfolios, but some also have “satellite” investments. Clients buy these stocks and investments because they are intrigued. These investments, however, are a maximum of 5% of the client’s entire portfolio, Friedman said.

Don’t miss: Opinion: This is how Tesla ranks compared with other popular technology stocks

Side investments can be a good idea for someone who can afford to play — and possibly lose — a little bit of money, Friedman said. That investment keeps the person engaged with the market and aware of his or her portfolio as a whole, he said.

When Friedman meets with some clients who have small stock picks, “we spend 90% of the time talking about the satellite investment,” he said. Some of Friedman’s clients have Tesla shares and plan to hold on, he added. “They believe in the company no matter what.”